The Poco F4 smartphone has made an appearance on the Geekbench benchmarking website with key details ahead of its launch. To recall, the Poco F4 and the Poco F4 Pro get certified by multiple websites earlier this week. Not too long ago, Poco unveiled the X4 Pro 5G and the M4 Pro 4G smartphones globally. The M4 Pro 4G has already gone official in India. Now, some reports claim that the X4 Pro 5G is headed to India as well.

Aside from that, the Chinese smartphone company is gearing up to unveil its flagship F-series smartphones for the global markets. The Poco F4 series smartphones will launch later this year. Regrettably, details about the Poco F4 series exact launch timeline are still scarce. However, the lineup could make its debut in the coming days, given that the vanilla Poco F4 model has passed through the Geekbench website. The Geekbench listing implies that the phone’s launch is around the corner. 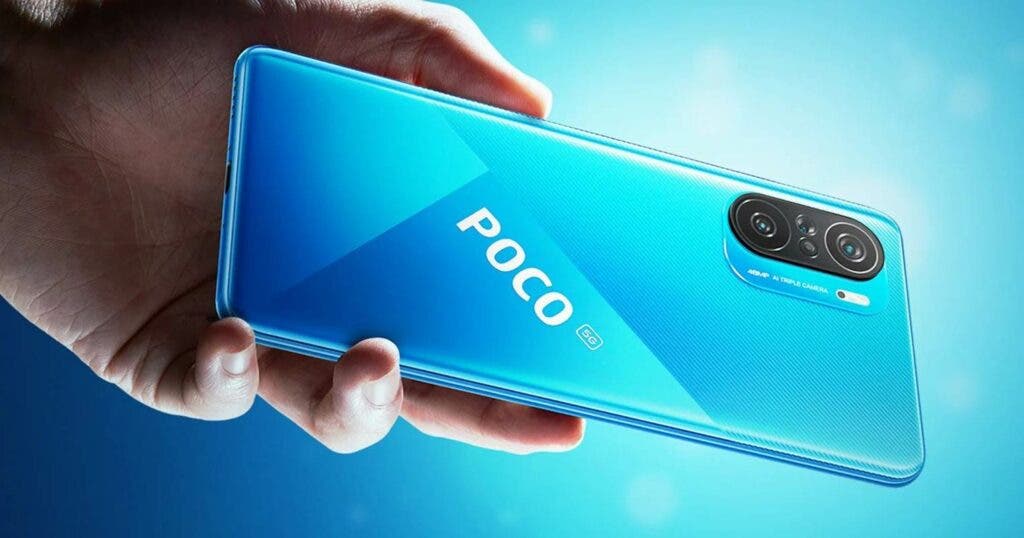 Moreover, the Geekbench listing sheds light on the Poco F4 specifications and reveals other vital pieces of information. The smartphone is set to launch in several regions including Europe soon. However, details about the Poco F4 India launch are few and far between at the moment. Nevertheless, the company could reveal the F4 series smartphones launch date soon. In the meantime, key specifications of the vanilla F4 model have surfaced online, courtesy of the Geekbench listing.

First off, the Geekbench listing reveals that the vanilla model carries model number 22021211RG. Aside from that, it confirms the presence of the Snapdragon 870 SoC under the hood. The peak clock speed of this processor is 3.19GHz, and it is coupled with an Adreno 650 GPU. Furthermore, the phone ships with 8GB of RAM, and runs Android 12 out of the box. The Android OS will have MIUI 13 on top. Notably, the F4 unit spotted on the Geekbench website has the codename “munch.” 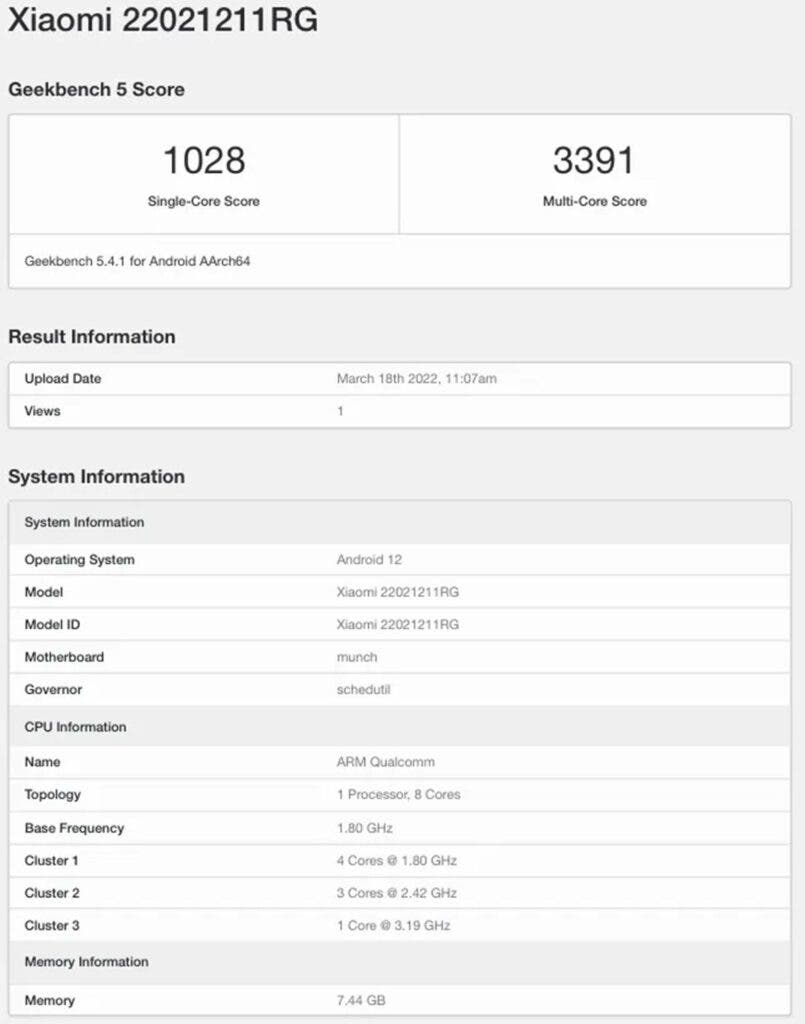 The Redmi K40S carries the same codename. To recall, Redmi K40S made its debut at the K50 series launch event that took place in China earlier this month. Furthermore, the Poco F4 could launch in global markets as a rebranded Redmi K405. If this speculation proves to be true, the Poco F4 will come with a 6.67-inch AMOLED display that offers a Full HD+ resolution and 120Hz refresh.

Moreover, this screen will offer 1300 nits brightness and carry an HDR10+ certification. For optics, the handset will have three cameras on the back. This rear camera setup will comprise a 48MP primary camera, an 8MP ultrawide lens, and a 2MP macro camera. Upfront, the phone houses a 20MP shooter for selfies and video calling. Furthermore, the phone has a 4500mAh battery with 67W fast charging for drawing juices.

Other notable features include a fingerprint scanner on the side and dual speakers. Lastly, the phone weighs around 195 grams.