With the launch of POCO X4 Pro 5G and POCO M4 Pro 4G, we can’t officially say that there isn’t much hope for POCO becoming more than a rebranding branch of Xiaomi smartphones. That said, the company’s upcoming POCO F4 series shouldn’t be much of an exception and will be based on the upcoming Redmi K50 series. One time that the Redmi smartphones are about to be released, we can see POCO starting to move to bring its rebranded smartphones. In fact, the POCO F4 and POCO F4 Pro have already passed through multiple certifications, so we can expect them to be released shortly after their Redmi counterparts.

POCO is gearing up to bring its flagships to the market. While the Redmi K-series will likely stay limited to China, the rest of the world will know these flagships under the POCO F moniker. That said, the POCO F4 gave a step closer to its release passing through the FCC certification. The device passed through the regulatory agency with model number 22021211RG, and a 4,400 mAh battery. 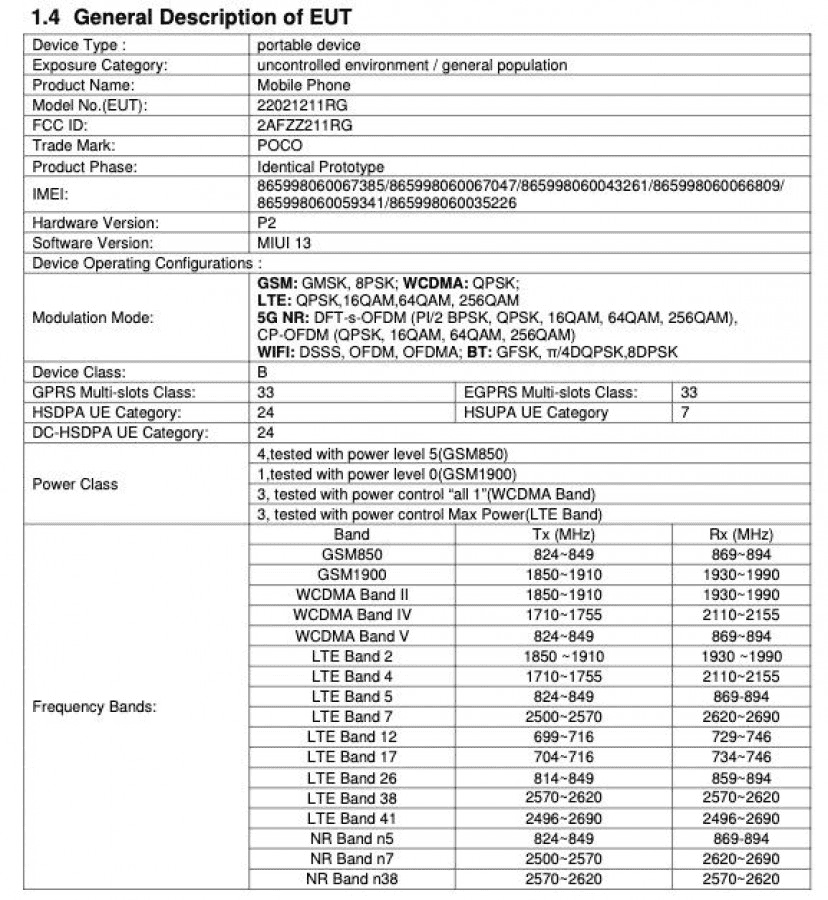 Meanwhile, the POCO F4 Pro passed through the Singaporian regulator IMDA. It packs a slightly different model number than its non-Pro variant, the 22011211G. The names were not mentioned in these particular certifications listing. However, considering another certification listing, we can conclude the above certifications are talking about the upcoming POCO F4 series flagships. As per the leaks, the vanilla smartphone will bring the Qualcomm Snapdragon 870 SoC. That may be a disappointment for some users. After all, that’s exactly the same chipset as the last year’s POCO F4. The only way to make this more appealing is by slashing the price of the vanilla edition. Meanwhile, the POCO F4 Pro is touted to use the MediaTek Dimensity 9000 SoC.

Some of the specifications include OLED screens with a refresh rate of 120 Hz and Full HD+ resolution. The phones will also pack up to 12 GB of RAM and up to 256 GB of Internal Storage. The battery capacity of the phone will range from 4,500 mAh to 5,000 mAh, and we can expect 67W and up to 120 W fast charging. Some of the smartphones may bring 108 MP cameras. Obviously, they will run Android 12 straight out of the box with MIUI 13 running on top.

Xiaomi will reveal the launch date for its Redmi K50 series pretty soon.