The Motorola Edge 30 smartphone has passed through the NBTC certification website before its much-awaited arrival in the market. The Motorola Edge 30 will be the second entrant in the well-received Edge 30 series smartphones. The lineup currently includes the Edge 30 Pro, which launched in India last month. Moreover, the phone went on sale in the country for INR 44, 999 on March 4 via Flipkart.

To recall, the vanilla Moto Edge 30 has been bagging multiple certifications and making appearances on several websites lately. The smartphone arrived on the Geekbench benchmarking website earlier this month. Aside from that, the upcoming Motorola phone has already been spotted on EEC, Wi-Fi Alliance, and the TDRA database. Now, the Motorola Edge 30 has been listed on the NBTC database. This further confirms that the phone’s launch is around the corner. 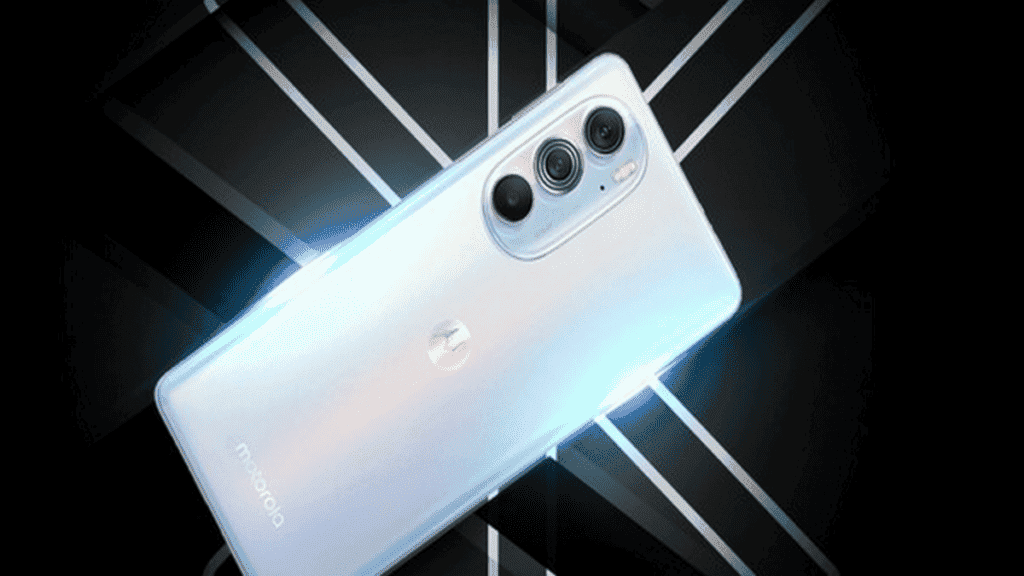 The Motorola device spotted on the NBTC certification website carries model number XT2203-1. This confirms the device’s moniker as Motorola Edge 30. Furthermore, the database listing suggests that the United States will be manufacturing the device. Aside from that, it confirms that it will come with support for NR networks, WCDMA LTE, and GSM. Moreover, it implies that the device supports a 5G network like its precursor. Regrettably, the database does not shed more light on the upcoming handset’s specs.

However, the phone’s Geekbench listing confirms the presence of a Snapdragon 778G Plus 5G chipset under the hood. This octa-core chipset has one prime core that clocks at 2.5GHz (Cortex-A78). In addition to that, the processor has three Gold Cortex-A78 cores clocking at 2.2GHz, and four Silver cores (Cortex-A55) that clock at 1.8GHz. The phone boots Android 12 OS and will ship with 8GB of RAM. 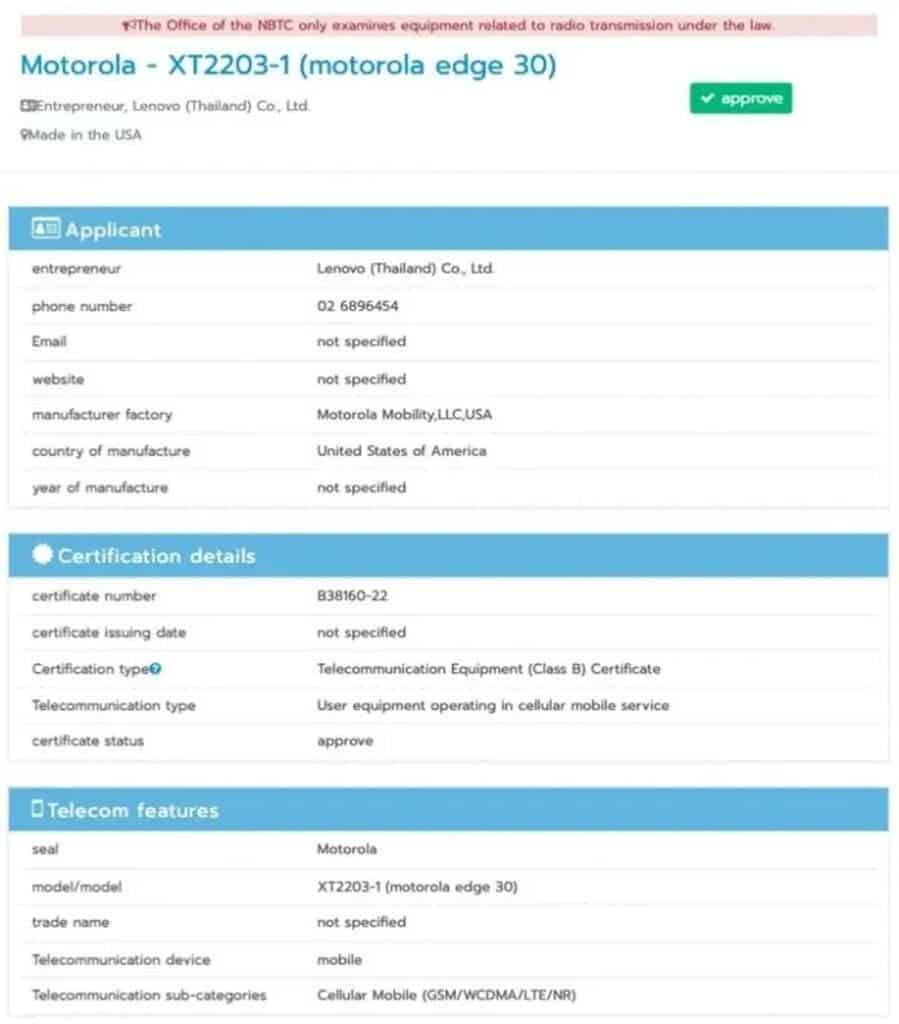 The Edge 30 will succeed last year’s Motorola Edge 20, which packs a Snapdragon 778 chipset under the hood. The Edge 20 has 8GB LPDDR4X of RAM and it offers 128GB UFS 3.1 storage. Moreover, the phone sports a 6.7-inch POLED display with Full HD+ resolution and a 144Hz refresh rate. For optics, the smartphone houses a 108MP Samsung ISOCELL GM2 main camera, a 16MP ultra-wide and macro lens, and an 8MP 3x telephoto lens. Upfront, it has a 32MP selfie camera.

Aside from that, the phone draws its juices from a robust 4,000mAh battery unit that supports 30W fast charging. The Motorola Edge 20 sold for INR 29,999 right after launch. Now, the smartphone is available for a lowered price of INR 25,999. Also, Motorola is prepping to launch the Moto G52, Moto E32, and a slew of other devices in the coming days.