Motorola Edge 30 has now appeared on the Geekbench benchmarking platform. The GeekBench listing reveals some key specifications such as operating system version, RAM, GPU, chipset, etc. In addition, the phone has previously appeared on multiple certification sites such as TRDA, EEC, and Wi-Fi Alliance. With these certifications, it is obvious that the official launch of this smartphone is close. 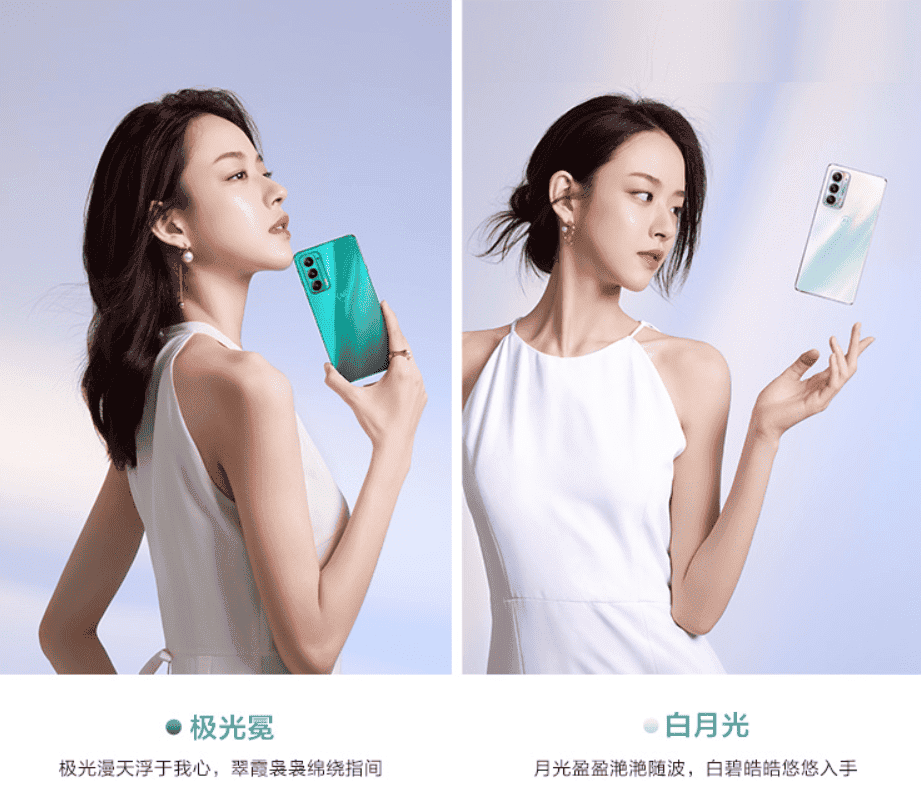 The Motorola Edge 30 model is XT2203-1, with Android 12 pre-installed, an octa-core Qualcomm Snapdragon 778G chip, and 8GB of RAM, but other versions should be available. The Geekbench database shows that the Motorola Edge 30 scores 821 points for single-core and 2,353 points for multi-core. This device will come with an Adreno 642L GPU, so this chip may also be a Snapdragon 778G Plus. 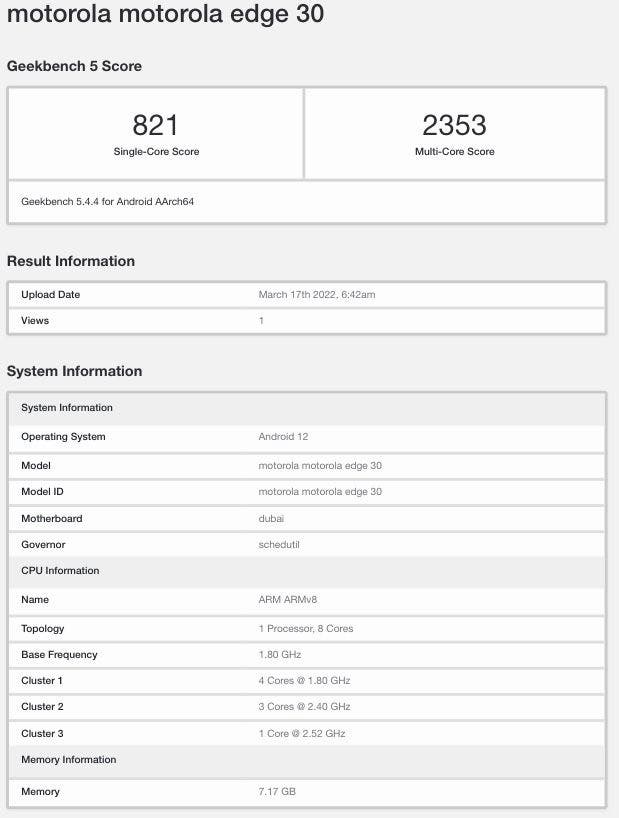 In other reports, Motorola officially launched the Moto Edge S30 champion version yesterday. This smartphone comes with the Snapdragon 888 Plus and supports 12GB RAM as well as 512GB internal storage. The starting price of this smartphone is 2499 yuan ($394).

Most of the configuration of the Moto Edge S30 Champion Version is the same as the original version. It comes with a Snapdragon 888 Plus processor, UFS 3.1, and LPDDR5 storage. This flagship smartphone also comes with a 6.8-inch 144Hz LCD screen, a built-in 5000 mAh battery, and supports 33W fast charging.

In the camera department, the Moto Edge S30 Champion Version has a rear 108-megapixel main camera with a 13-megapixel ultra-wide-angle lens and a 2-megapixel depth-of-field lens. After the release of the new product, the price of all storage versions of the original Moto Edge S30 will reduce by 200 yuan, and the current price starts from 1599 yuan ($252)

The Motorola Edge S30 Champion Edition is currently on pre-order and will go on sale at 10:00 on March 28.

Motorola’s new devices come with pretty decent price tags. The company is doing all it can to do well in the very competitive global smartphone market. With its latest moves, the company will probably do well this year.

Motorola Edge 30 leaks in the wild, launch is imminent