Back in September, Motorola brought its Motorola Edge 30 Ultra to the Indian market. To those unaware, the Motorola Edge 30 Ultra is the company’s global 200 MP camera phone. The device is available in China as Moto X30 Pro. Besides the impressive camera, the phone also packs the Qualcomm Snapdragon 8+ Gen 1 SoC. Perhaps, some Indian customers were not so tempted to buy it due to the fact that it arrived in just a version with 8 GB RAM and 128 GB Storage. These specs can be found in most mid-range phones today, and are not much for a $745 device. Thankfully, a better option arrives today.

The new variant retains all specifications you already know. The Motorola Edge 30 Ultra flaunts a 6.67-inch pOLED display. It has a 144 Hz refresh rate and a Full HD+ resolution. The device has a curved screen and also supports HDR content. Under the hood, the phone packs the Qualcomm Snapdragon 8+ Gen 1. Now, this version has up to 12 GB LPDDR5 RAM and up to 256 GB of Internal Storage.

In terms of optics, the Motorola Edge 30 Ultra has a triple-camera array. The main shooter is a 200 MP Samsung HP1 shooter. It has an f/1.95 aperture and Optical Image Stabilization. There is also an ultrawide shooter with a 50 MP resolution. Finally, it has a 12 MP telephoto shooter with 2x optical zoom support. For selfies and video calls, the device has a 60 MP selfie shooter. 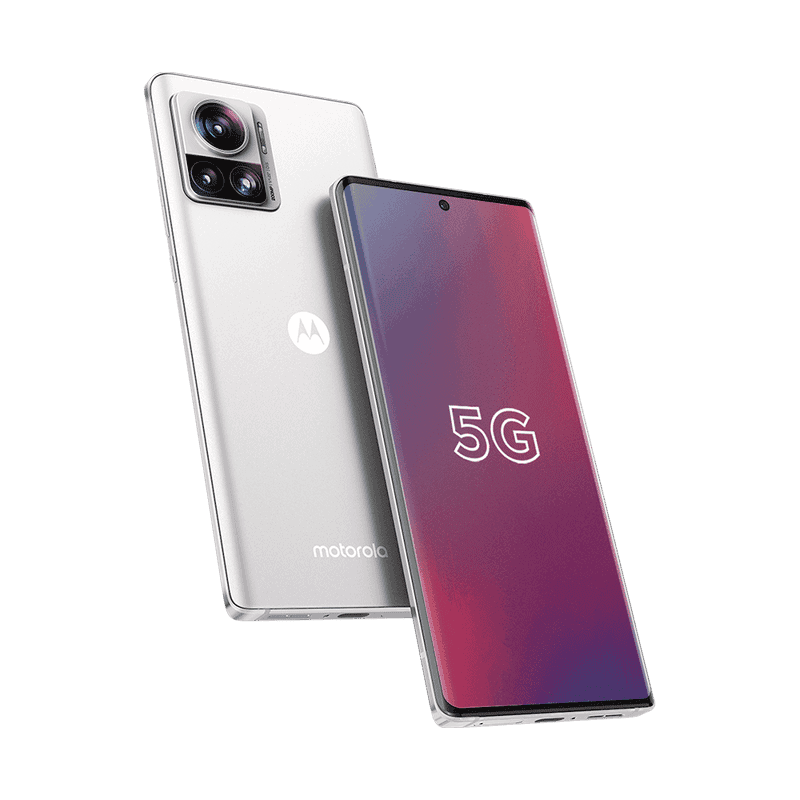 The battery life is decent thanks to a 4,610 mAh battery with 125W wired fast charging. The device also has 50W wireless charging and 10W reverse wireless charging support. The phone weighs about 198.5 grams and is 8.39 mm thick. The phone runs Android 12 OS and Motorola ensures two OS updates for it.

Other interesting Motorola Edge 30 Ultra features include an in-display fingerprint scanner, stereo speakers, NFC, and an IP52 rating for dust and splash resistance. The device has Wi-Fi 6E, and Bluetooth 5.2.

The deal got better

8 GB of RAM is not bad at all, but hardware enthusiasts certainly prefer more RAM. Especially when we’re talking about the Motorola Edge 30 Ultra. Similarly, 128 GB does not sound much for a flagship nowadays. Especially one that has a 200 MP camera. So having 256 GB means extra room for playing with 200 MP shots or 4K video recording.

The Motorola Edge 30 Ultra is a decent smartphone, and the price is not that bad when you compare it with other brands’ offerings. Worth noting, however, that Motorola is already preparing its next big thing for the flagship market – the Moto X40. The device will pack Snapdragon 8 Gen 2 and will likely hit global markets in the next year as Motorola Edge 40 Pro. The company is also targeting at the rollable segment.