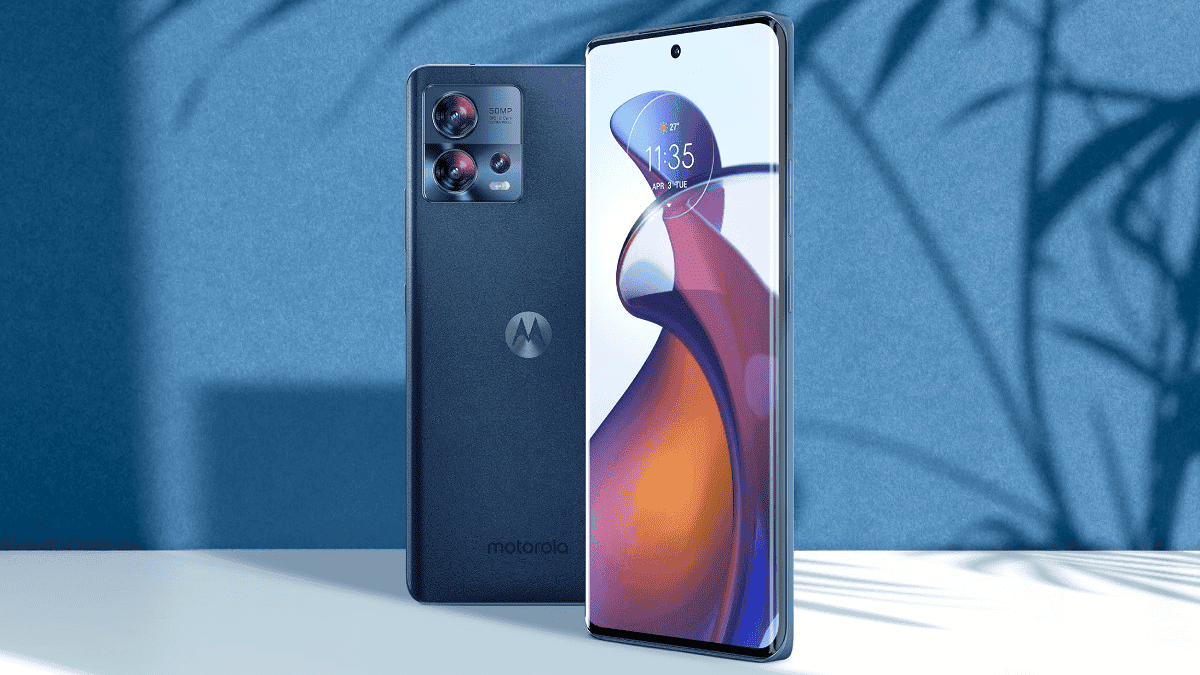 The Motorola Edge 30 Fusion is an appealing flagship killer. We say this because it issues the Qualcomm Snapdragon 888+ 5G SoC. This is simply the last year’s flagship, which still obliterates the big majority of chipsets in the mid-range market. The phone comes in variants with 8 GB of RAM and 12 GB of RAM. In terms of storage, the device has either 128 GB, 256 GB, or 512 GB of UFS 3.1 storage. 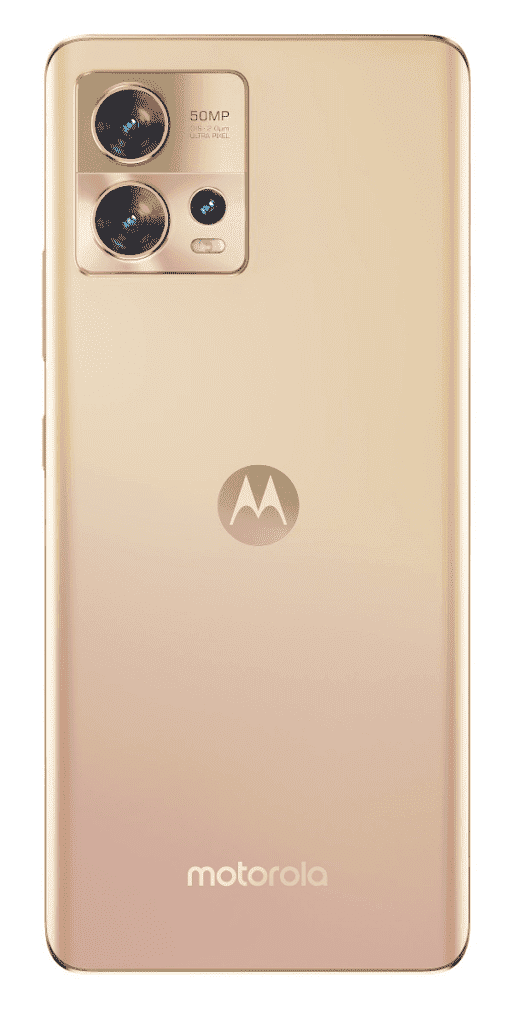 Moving around to the back, the Motorola Edge 30 Fusion packs a triple-camera setup. There is a 50 MP snapper, a 13 MP ultrawide shooter, and a 2 MP depth snapper. The punch-hole at the top of the display serves as a home for the 32 MP selfie shooter. The specs are completed by a 4,400 mAh battery with 68 W charging and Android 12 OS.

The phone comes in Cosmic Grey, Aurora White, Solar Gold, and Neptune Blue which has a Vegan Leather finish. The phone will cost €600 across Europe.

The third device is the Motorola Edge 30 Neo. This device is totally new and is not available in the Chinese market. Apparently, this phone is focusing on the young market with colorful variants, including Pantone’s Color of the Year 2022 – Very Peri. 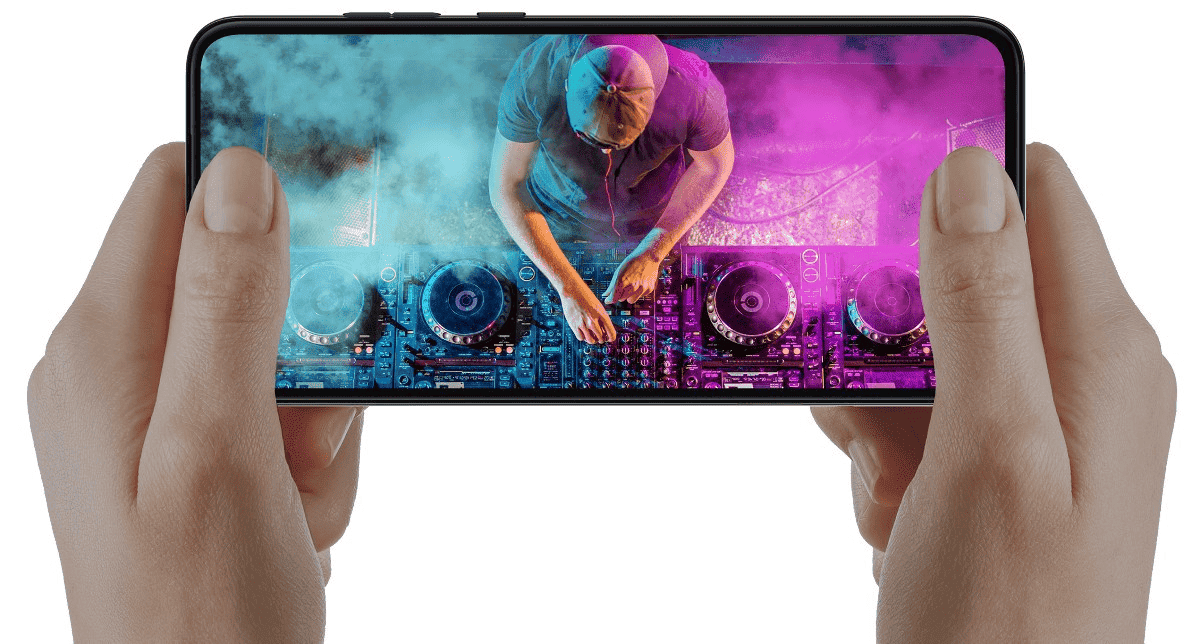 In terms of specifications, it’s a premium mid-range device. It has a 6.28-inch pOLED screen with a 102 Hz refresh rate. These are specs from a good premium device. The mid-range characteristic comes from the Qualcomm Snapdragon 695 5G SoC. The phone comes in variants with 6 GB of RAM and 8 GB of RAM. When it comes to storage, the device has 128 GB and 256 GB of Storage. 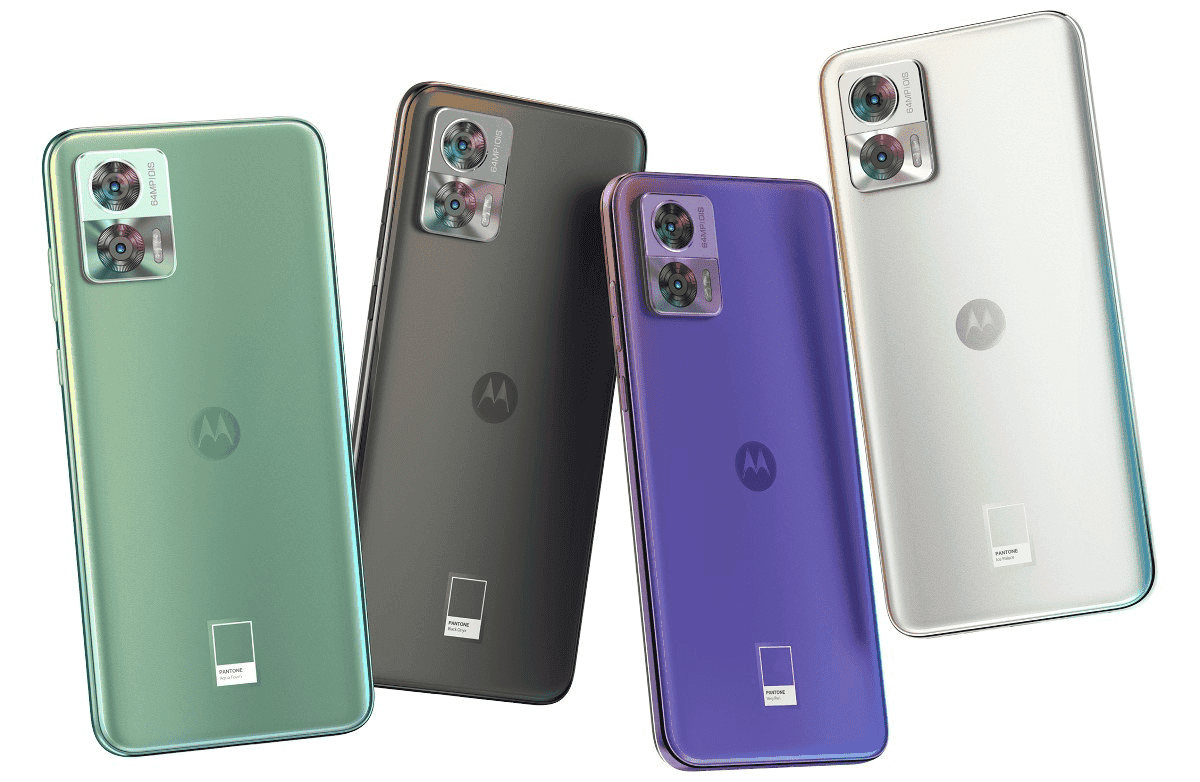 Unlike the Ultra, the Motorola Edge 30 Fusion, the Neo has a simple but useful camera setup with a primary 64 MP shooter, and a 13 ultrawide snapper. For selfies and video calls, the device has a 32 MP snapper. The’s battery is modest for today’s standard with a 4,020 mAh capacity. However, it will charge very fast with 68 W charging.

The Edge 30 Neo joins the Motorola Edge 30 Fusion and comes in Aqua Foam, Black Onyx, Ice Palace, and Very Peri colorways. The phone will be available across stores in the coming days for €370.