In recent weeks, some tech giants in Silicon Valley began to frequently promote nuclear energy. Leading tech entrepreneurs, including Elon Musk and Bill Gates, as well as the best-known technologists, agree that nuclear energy can both reduce carbon emissions and save the world from an energy crisis. 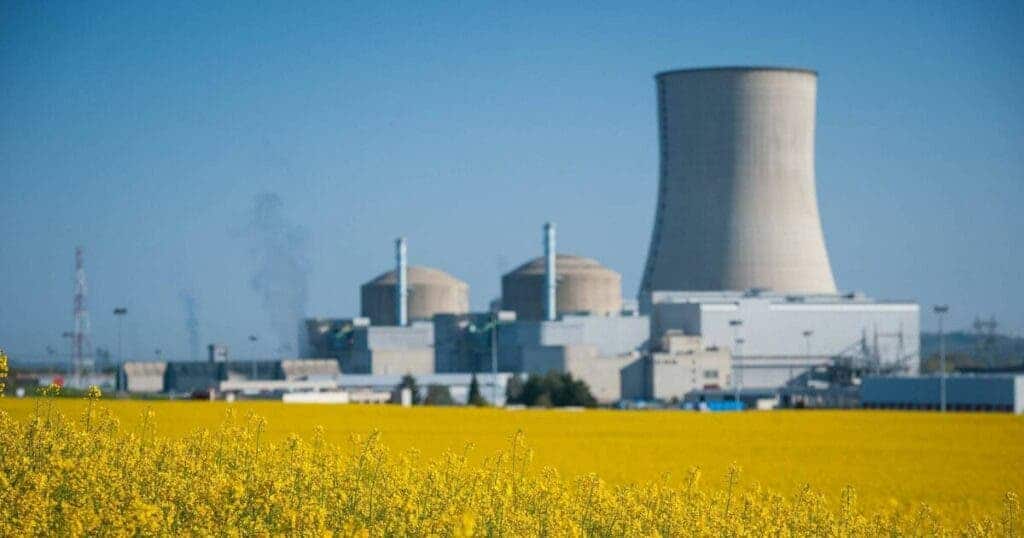 Billionaires including Bill Gates, Jeff Bezos, and Peter Thiel have opened their wallets in support of a new generation of nuclear energy companies. While no reactor-developing start-up has so far produced a commercially viable nuclear energy product, some believe that a combination of technological advancements and the urgency to ditch fossil fuels could provide a boost for the industry. Since the 1970s, the nuclear energy industry has been under regulatory pressure for most of its time.

According to a research firm, PitchBook, Venture capitalists poured $34.5 billion into nuclear energy startups last year. This is an all-time high and more than the previous decades put together. Investments range from very early-stage startups to more established companies like Commonwealth Fusion Systems and Helion Energy. Both Commonwealth Fusion Systems and Helion Energy have raised $500 million or more in 2021. In the previous 10 years, the nuclear energy industry averaged fewer than 10 deals per year. The number of investments in the nuclear energy sector jumped to 28 last year.

As more public figures including billionaires speak for nuclear energy, let us look at the top 5 latest positive comments from these figures

Nuclear energy – radiation risk not as bad as it sounds

TerraPower, founded and funded by Microsoft founder, Bill Gates, uses advanced cooling materials including molten chlorine and liquid sodium to build nuclear fission reactors that are smaller, cheaper, and more efficient than traditional water-cooled reactors. Terra Energy plans to build two reactors in partnership with the U.S. Department of Energy, and its first commercial reactor will be located in the U.S. state of Wyoming. Terra Energy said late last year that it would apply for a construction permit from the U.S. Nuclear Regulatory Commission (NRC) in 2023. According to the company’s schedule, its operation should commence in 2028.

Nuclear fission is a decades-old nuclear energy technology that captures the energy released when atoms split. Recent innovations in nuclear fission include better methods of storing nuclear waste and more advanced cooling systems, which means new reactors can be smaller and more efficient. At the same time, many start-ups focusing on nuclear fusion technology have received more venture capital support and are quickly entering the stage of scientific projects and commercialization.

Fusion, a technology that captures the energy produced when atoms merge, has never produced more energy than is actually required for a nuclear reaction. Some startups believe they are gradually turning things around. “Silicon Valley has always been the foundation of the entire private fusion industry,” said Christofer Mowry, chief executive of Vancouver-based General Fusion. Murray’s company is backed by Amazon founder Jeff Bezos and others.

Murray is also a board member of the Fusion Industry Association, a nonprofit industry organization. Venture capital has helped dozens of fusion startups mature, he said, and the government has begun to get involved. Earlier this month, Congress approved an industry-record investment in a public-private partnership to build a new fusion device.

David Kirtley, who worked on fusion projects at the U.S. Department of Energy, founded a fusion startup called Helion in 2013. The following year, he joined Y Combinator, a Silicon Valley start-up incubator. Kirtley says he has learned to “re-imagine” ideas to make them more ambitious. At YC, “they don’t talk about a one-year deadline,” he said. “It’s all next month and next week.”

Helion has raised more than $570 million from sources including former YC president Sam Altman, Mithril Capital, founded by prominent venture capitalist Thiel, and Facebook co-founder Dustin Moskovitz. As chairman and majority shareholder of Helion, Altman believes that fusion is the cleanest and cheapest energy source. “My communication with them was all about how to be faster,” Altman said.

Helion aims to demonstrate a fusion-based power grid in 2024, meaning the system produces more electricity than it consumes, and to have a commercial system in place by the 2020s. “I now think we should have joined Y Combinator five years earlier,” Kirtley said, so “we could have gone further.”

Jeff Navin, Terra Energy’s director of external affairs, said the company has seen new interest from a number of European countries. John Kotek, deputy director for policy development and public affairs at the Washington-based Nuclear Energy Institute, also revealed that the institute’s member companies are busier than ever. Judi Greenwald, executive director of the Nuclear Innovation Alliance, agrees… “If Germany hadn’t shut down its nuclear power plants, their demand for natural gas might not have been as great.”

Despite the growing interest and interest in Terra Energy, Naveen said the company has yet to reach any agreement. This shows that even the most advanced startups can take many years to achieve large-scale commercial rollout. “Commercialization of nuclear power plants will take time,” Navin said.

But as concerns about climate change intensify, the advantages of nuclear power are becoming more apparent. Like solar energy, nuclear energy does not produce carbon emissions; unlike solar energy, nuclear energy can generate energy 24 hours a day and is more reliable. In addition, building more nuclear reactors won’t alleviate the immediate problem, since it takes years to license even the smallest designs.

Next WhatsApp is announcing a multi-device update