Motorola is gearing up to finally introduce its Morotola Edge Plus (2022) or Motorola Edge+ (2022) in the United States. To those unaware, this handset is basically a North American version of the Motorola Edge X30, and Motorola Edge 30 Pro. The company has unveiled its flagship with Snapdragon 8 Gen 1 in global markets in the last month. However, the handset was revealed in China way back in December 2021. The Edge+ was unveiled for the US market, but that didn’t come with a release date. Now, however, Motorola is finally allowing US customers to finally know when they’ll be able to purchase this device.

The Motorola Edge Plus (2022) will be available to buy unlocked in the market. It will be available from Motorola’s own online store, Best Buy, and Amazon. The usual price for the handset is $999. However, the former North-American brand (now a Lenovo-owned company), is offering an “early bird” deal in which the phone will cost just $899. Worth noting, that there is a Verizon version of the smartphone. That one will be available from March 24 at the big red stores. The Verizon-locked version will cost $849. However, it also allows customers to pay $23.62 per month for three years.

The Motorola Edge+ comes with a 6.7-inch OLED screen with a Full HD+ resolution of 2,400 x 1,080 pixels. Furthermore, this is one of the few “standard flagships” out of the gaming segment that offers a 144 Hz of refresh rate. The performance will be excellent thanks to the Qualcomm Snapdragon 8 Gen 1 with its ARMv9 architecture, 4 nm fabrication process. The phone can easily handle graphic demanding games thanks to the Adreno 730 GPU. The phone is available in variants with 8 GB or 12 GB of RAM. When it comes to storage, the device has 128 GB, 256 GB, and even a whopping 512 GB of RAM.

In terms of optics, the phone also has a very good setup. It comes with a 50 MP main camera featuring optical image stabilization. There is also an ultrawide snapper with a 50 MP resolution. Finally, we have a 2 MP depth sensor completing the setup. For selfies and video calls, we have a generous 60 MP camera. It comes in a punch-hole at the top of the display. In China, there is even a variant featuring an under-display camera. 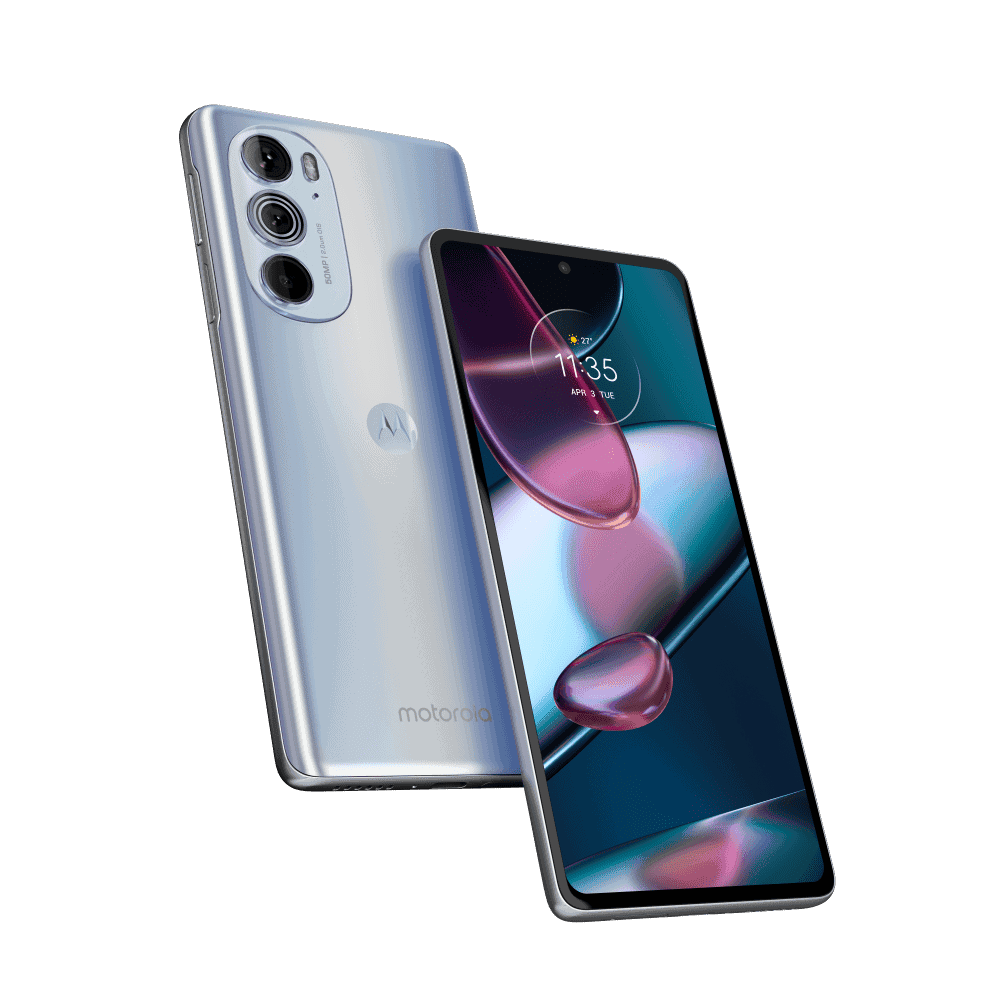 The Motorola Edge+ (2022) draws its powers from a 4,800 mAh battery. The major difference between this and the other variants is the charging. It comes with a tepid 30W fast charging and 15W wireless charging. For reference, both the Motorola Edge 30 Pro and Edge X30, have the same 68W fast-charging. Apparently, Motorola believes that US customers won’t need super-high charging rates. It does not seem to be too far from the truth, after all, the iPhones that lack proper fast-charging are always the kings of the North American market. Last but not least, the phone runs Android 12  straight out of the box with Motorola’s MyUX.

Motorola has a long legacy in the United States, and we are curious to see how the Motorola Edge+ (2022) will perform in the market.