Google has already scheduled its annual developer conference – Google I/O – for May 11 and 12. During the conference, the company may reveal Android 13 in all its glory and disclose the first betas as well as the update rollout plan. However, the company is expected to also disclose some new hardware, including the cheaper Pixel 6a. The company has pretty much established the a-tier Pixel smartphones as cheaper offerings. For that reason, it makes perfect sense for the company to launch the Pixel 6a a couple of months ahead of its flagship series update. Talking about the flagships, the rumors suggest that the Pixel 7 and Pixel 7 Pro will reach the market in October as well as the Pixel Watch.

From what I understand, Google will officially be announcing the Pixel 6a + "teasing" the Pixel Watch.

Pixel 6a launch (in most markets) pushed to July 28th.

Pixel Watch will be formally announced and launched with Pixel 7 and 7 Pro in October. pic.twitter.com/IwwRX2pZtR

The information comes from the very reliable tipster John Prosser. His latest scoop confirms that the Google I/O will serve as a stage for the Pixel 6a reveal. He further affirms that the upcoming flagship smartphones – the Pixel 7 series – will come in October at a separate event. The company will also disclose the Pixel Watch that should run WearOS 3 with all the changes and adjustments made by Google in recent months.

Interestingly, previous rumors have been suggesting the Pixel Watch for May 26. Now, we know that the reports were talking about this “teaser” and not the actual launch. The date wasn’t very precise at the moment. However, we assume that the Google I/O date wasn’t confirmed yet among leak cycles.

Pixel Watch will be teased, the Pixel 6a gets an announcement, but actual availability will take a while

Worth noting, that the tipster states that the company will tease the Pixel Watch during the event. We may see some novelties regarding WearOS and how the smartwatch works with the software. Jon also states that while the Pixel 6a will be revealed at the event, it should take a while to reach the market. According to him, the big majority of markets will receive the new smartphone only by July 28. 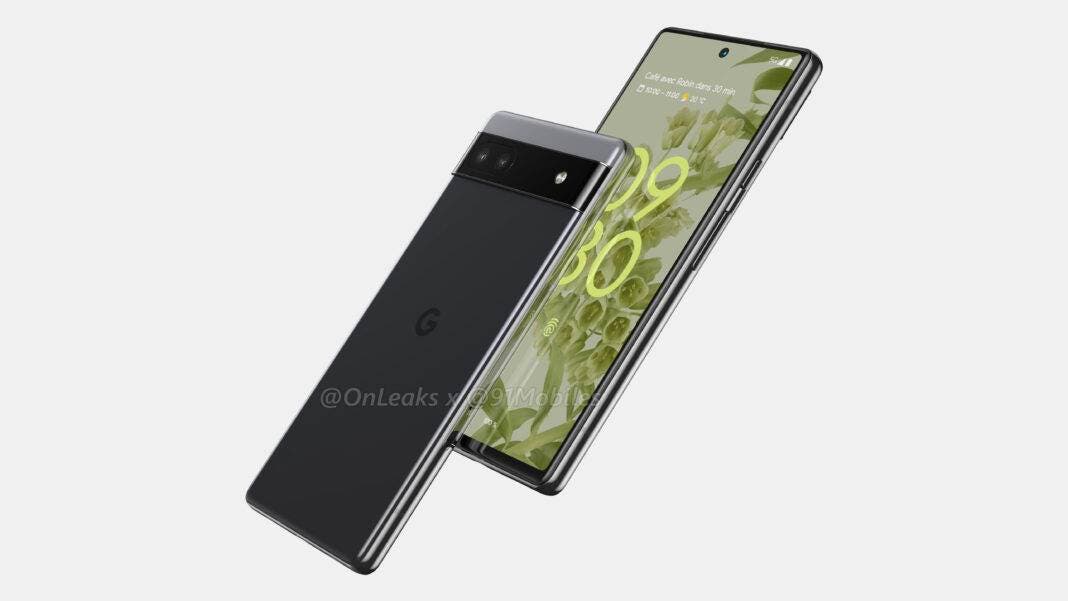 The Google Pixel 6a will bring the same design as the Pixel 6 series. After years of sticking with the same design language, the company has completely revamped the look of its smartphones with the Pixel series. The phone will bring a 6.2-inch OLED screen which is quite compact for today’s standards. We can also expect a Full HD+ resolution. So far, the rumors have been suggesting a 60 Hz refresh rate. That certainly is disappointing for a smartphone that will cost more than the big majority of mid-range smartphones with at least 90 Hz. However, that’s how Google plays its game.

Under the hood, the phone will bring the same Tensor chipset and will bring two cameras. There will be a 12.2 MP Sony IMX363 main sensor and a 12 Sony IMX355 ultrawide camera. There aren’t fancy sensors here, and Google will likely leave the heavy work to Google Camera and its smart algorithms. For selfies and video calls, the rumors suggest an 8 MP snapper.

The rumors also point to a 4,800 mAh battery on this handset with up to 23W wired charging for 0 to 50%, and slower rates until 100%. The phone will come in two variants with 6 GB or 8 GB of RAM. When it comes to internal storage, the device may bring up to 128 GB of Internal Storage.