Although rumors have appeared on the Web about a possible shutdown of the WhatsApp messenger on the Android OS of older versions from April 1, this information has not yet been officially confirmed. But on the blog of the developers of the messenger, information about the update package appeared; thanks to which the functionality of voice messages will expand.

Voice messages appeared on WhatsApp in 2013, and now WhatsApp users send an average of 7 billion such messages daily. Like text, they have end-to-end encryption protection. However, users often complained about the imperfect tools for working with voice messages.

In response, the company has prepared a whole range of innovations: 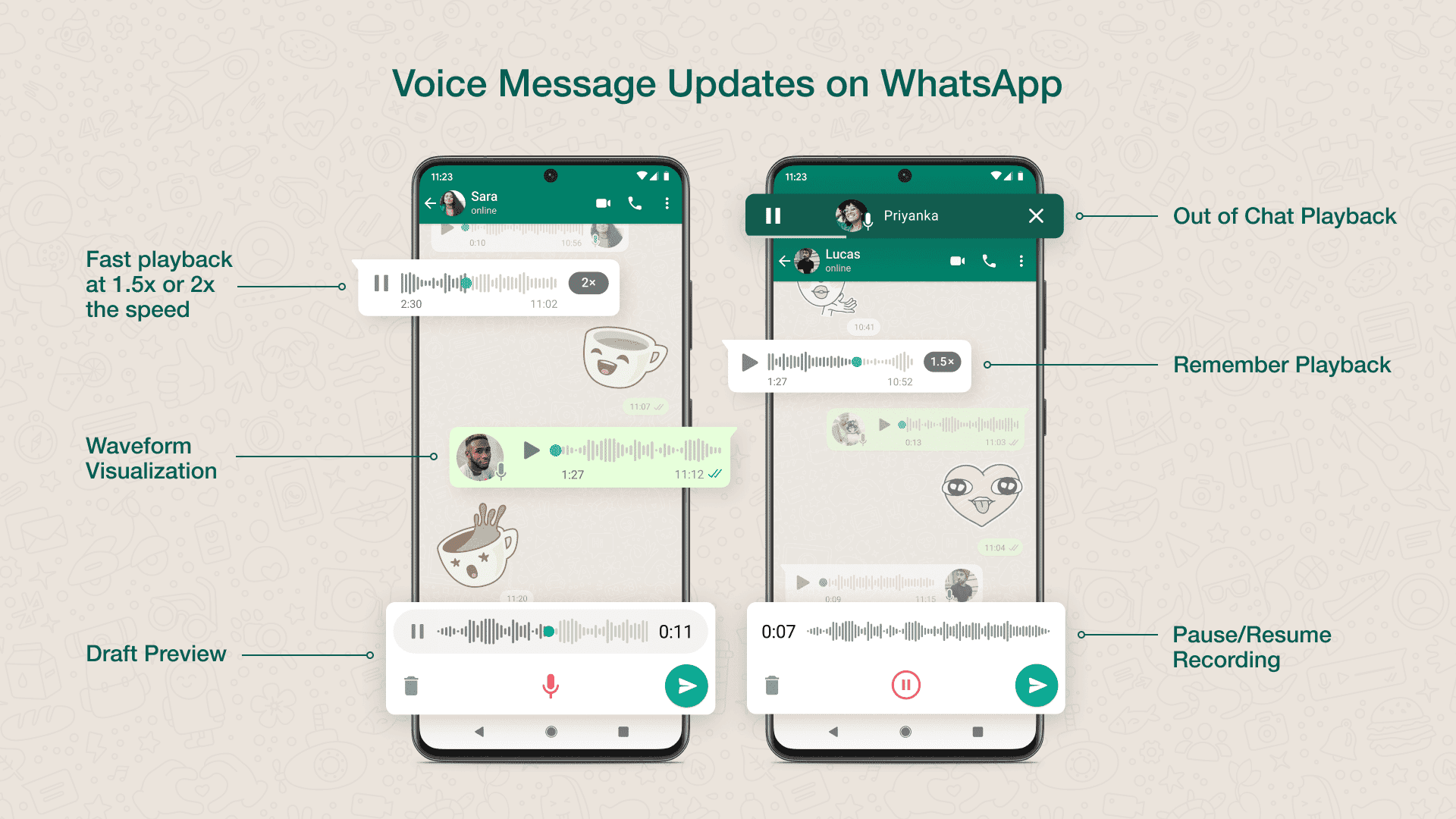 Earlier it was reported that WhatsApp intends to increase the maximum amount of files sent to 2 GB.

According to information from WABetaInfo, WhatsApp has just rolled out a long-awaited new feature to some beta testers in Argentina on Android and iOS that will allow sending media files up to 2 GB. As a reminder, until now, the messaging app only allowed its users to send files thinking up to 100MB on Android, and 128MB on iOS. This increase in maximum size could therefore be great news for users who use messaging to share files with loved ones.

By increasing the maximum file size to 2 GB, WhatsApp would align itself with Telegram, which already allows its users to share files of this volume. However, it would take a huge lead over rival services like Meta’s Messenger and even Google’s Gmail; which only allow transferring files up to 25MB. WhatsApp’s new file limit is an absolute necessity for all users who see their smartphones getting ever more megapixel lenses.

Next Apple, Amazon, Google and TikTok are among the 100 most influential companies