Xiaomi was one of the first smartphone manufacturers to release a folding screen handset. However, before it launched the MIX Fold last year, there had been a few others coming our way from Huawei, Samsung, and Motorola. Anyway, the mentioned model had been the talk of the town for a long time. So its release was anticipated by many users. Now, the successor of this phone dubbed the Xiaomi MIX Fold 2 is on everyone’s lips.

The first-gen Xiaomi MIX Fold came with a number of innovative technologies such as liquid lenses. In order to understand what this means, let’s compare it with a traditional lens. When shooting macro images, the element movement within the lens increases. Apart from this, there are high requirements regarding the size of the solid-state module, the limitation of the motor stroke design is difficult to overcome, and telephoto and macro shooting are possible by digital cropping and post-magnification. Xiaomi’s liquid lens improves all the aforementioned problems. 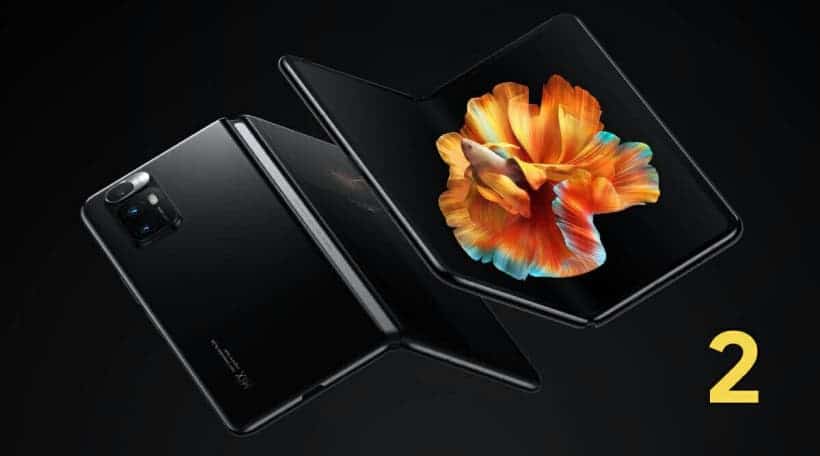 However, in all fairness, the Xiaomi MIX Fold couldn’t reach perfect folding performance. So many users were not satisfied with the overall performance this handset provided.

We should also understand that this was Xiaomi’s first attempt to release a folding screen smartphone. Moreover, we can recall the cases of Huawei and Samsung that couldn’t launch their first foldable smartphones for a long time because of folding problems. But none of these companies is going to stop where they are. According to the rumors, Xiaomi is working on a new foldable handset, which will hit the market this year.

Today, a Weibo tipster found some information concerning the Xiaomi MIX Fold 2 in the l18 code. The latter refers to the code name of Xiaomi’s new generation of folding screen flagship. Also, the blogger proves this phone will support reverse folding. If so, Xiaomi will be the first company to release a reverse folding screen smartphone. However, at the moment, we have no information on whether the manufacturer could complete this technology.

Android 12L Out of The Box

In fact, Xiaomi has been working on a foldable mobile phone prototype since 2018. A few years ago, we saw a phone that can be folded in both directions. It was known as a model U1. However, this phone is not available for purchase and it remained as a concept phone. We just saw a short video demonstrating how it works. Now, it turns out the manufacturer is trying to resurrect this handset.

The biggest issue with this device is that the interface for switching to foldable and phone modes is slow. According to the leaked Xiaomi code, the MIX Fold 2 will have a function to adjust the size of the interface. When the phone is folded in any direction, the interface will be adjusted without errors.

Many of you might wonder why Xiaomi didn’t implement this feature on the model introduced 3-4 years ago. But the truth is that this feature benefits from Android 12 L’s improvements to foldable phones. So there is every reason to think that the forthcoming MIX Fold 2 will come with Android 12.1 pre-installed instead of Android 12.

Moreover, the same blogger earlier revealed that the upcoming handset will come with many improvements. For instance, both the internal and external screens will support high refresh rates. As a reminder, the current model supports only 60Hz.

Finally, we’ve heard that this phone will feature the Qualcomm Snapdragon 8 processor.

So when this phone will be available for purchase. According to various sources, the Xiaomi MIX Fold 2 ought to come in June this year. It appears in various codes and platforms with the model number 22061218C and a codename zizhan. Unfortunately, the phone has no plans to go outside China.