No this isn’t a joke, Turkmenistan is expanding its efforts to close the Gates of Hell for once and all! To those unaware, this is just a “friendly name” for the Darvaza gas crater. The big fiery hole stands as one of the greatest attractions of the country. There are many mysteries behind the hole that science tries the explain, but the most intriguing fact is that it has been burning for more than 50 years. The Gates of Hell is situated about 260 kilometers away from the capital of Turkmenistan, which is also known as the Door to Hell.

Why is the Turkmenistan government closing the Gates of Hell?

According to local reports, the Turkmenistan President, Gurbanguly Berdymukhamedov states that the Gates of Hell are burning a large volume of gas. It could be used to help prosper the country and its people. The goal is to stop this stopless burning hole and use the natural gas reserves for the good of the country.

Furthermore, the President of Turkmenistan states that the reason for closing the burning pit also involves environmental and health concerns. Obviously, the gas emissions caused by this natural burning pit are concerning especially in times when countries are trying to reduce gas emissions and preserve the atmosphere. In fact, the idea of extinguishing the burning pit is quite old. Back in 2010, the President has issued this order. However, for undisclosed reasons has decided to archive this until now. 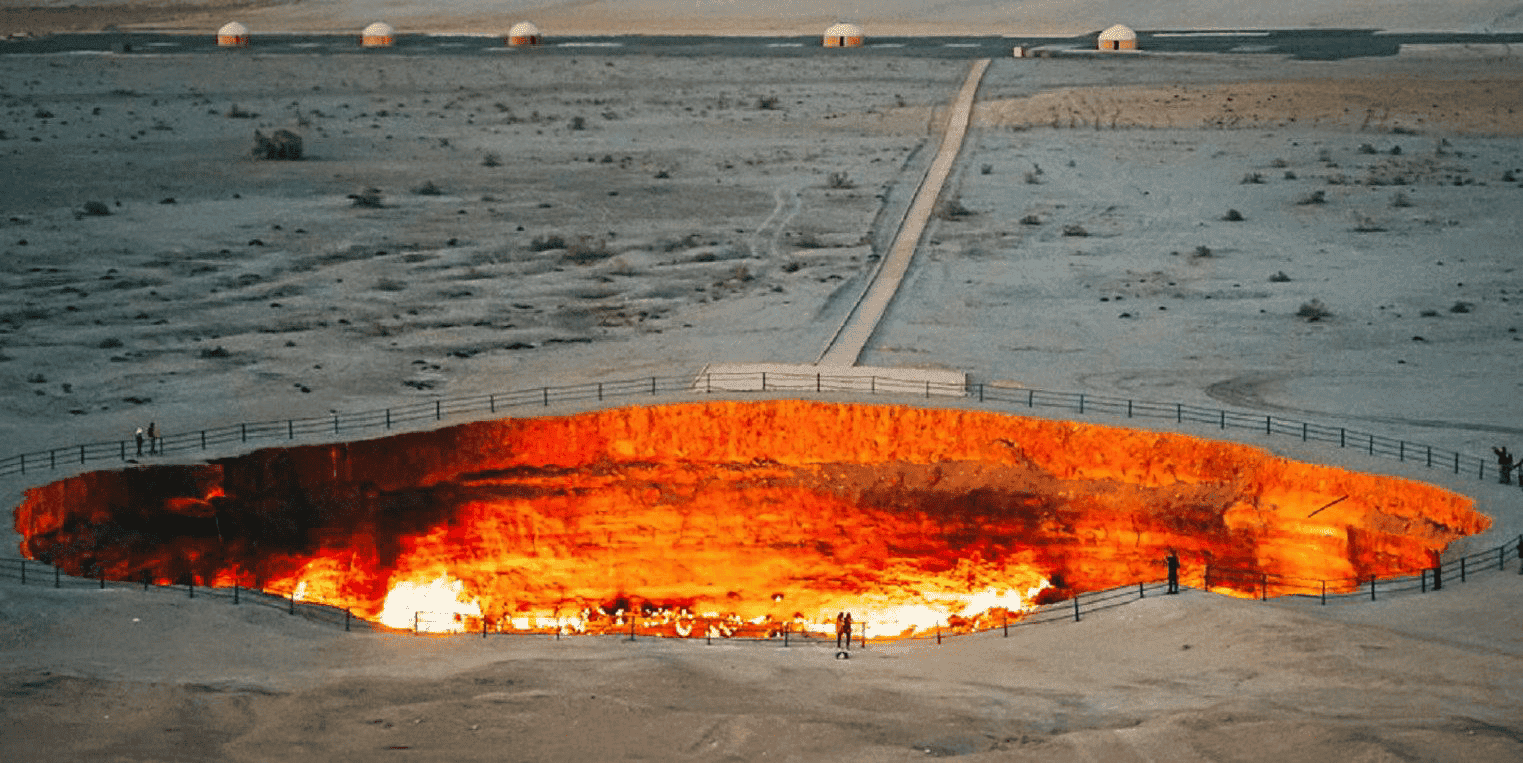 There is still life in the Hell

Worth noting, that the Gates of Hell serves as a natural environment for extremophile bacteria. It is capable of withstanding the astonishing temperatures that can go as high as 400 Celsius.  According to George Kourounis, Royal Canadian Geographical Society’s explorer-in-residence, these bacteria are not even in the DNA database. Some of them, are possibly consuming methane gas. As a result, this is a very unusual and mysterious life form living in a place that isn’t hospitable for humans or common life beings.

The Gates of Hell came into existence in 1971 when it was set on fire in order to prevent the spread of methane gas. The only problem is that no one has managed to extinguish the fire since then. There are different stories such as an accident that happened during the Soviet’s gas exploration. The major consensus until today is that the fire crater is one of the world’s biggest mysteries.

Despite the hot temperature and all the mysteries, the burning pit has been attracting visitors from entire Asia and even the world. It stands as one of the country’s biggest natural attractions.

Is it possible for Turkmenistan to extinguish the fire?

According to Kourounis, extinguishing the fire might be a hard task. It’s not just like pouring a bunch of sand into the pit. In fact, he has witnessed something like this before. “I was digging into the ground to gather these soil samples, fire would start coming out of the hole I just freshly dug. The fact is that I was creating new paths for the gas to come out of the crater. So even if you were to extinguish the fire by covering the hole, there is a high chance that the has will find its way to the surface.

Only time will tell if the Turkmenistan authorities will be able to close the doors. It will certainly need a lot of technology and scientific studies to do so.

Next Scientist behind babies with modified DNA leaves the prison