After many leaks and teasers, Samsung is finally unveiled the Galaxy M53. The device comes almost one month after the release of the Galaxy A53 and A73 smartphones and is superior to anything released in the Galaxy M-series. In fact, the  Samsung Galaxy M53 shares several similarities with the Galaxy A73. That’s a big surprise, after all, many have been expecting a cheaper alternative to the Galaxy A53. Instead, we get a device that looks a lot like the Galaxy A73. Taking the specifications in mind, we have a device that seems like a strong candidate for Samsung’s list of best-sellers.

The Galaxy M53 5G packs solid specifications and is another bold step for Samsung and MediaTek partnership. This handset brings the MediaTek Dimensity 900 SoC. However, Samsung didn’t explicitly mention the chipset but judging by the specs and previous leaks we can conclude it’s the Dimensity 900. The company is starting to adopt an Apple-like strategy with some of its smartphones by leaving some information under the wraps. The device brings 6 nm architecture and two ARM Cortex-A78 cores. It’s slightly less powerful than the Snapdragon 778G found on the Galaxy A73 and A52s. 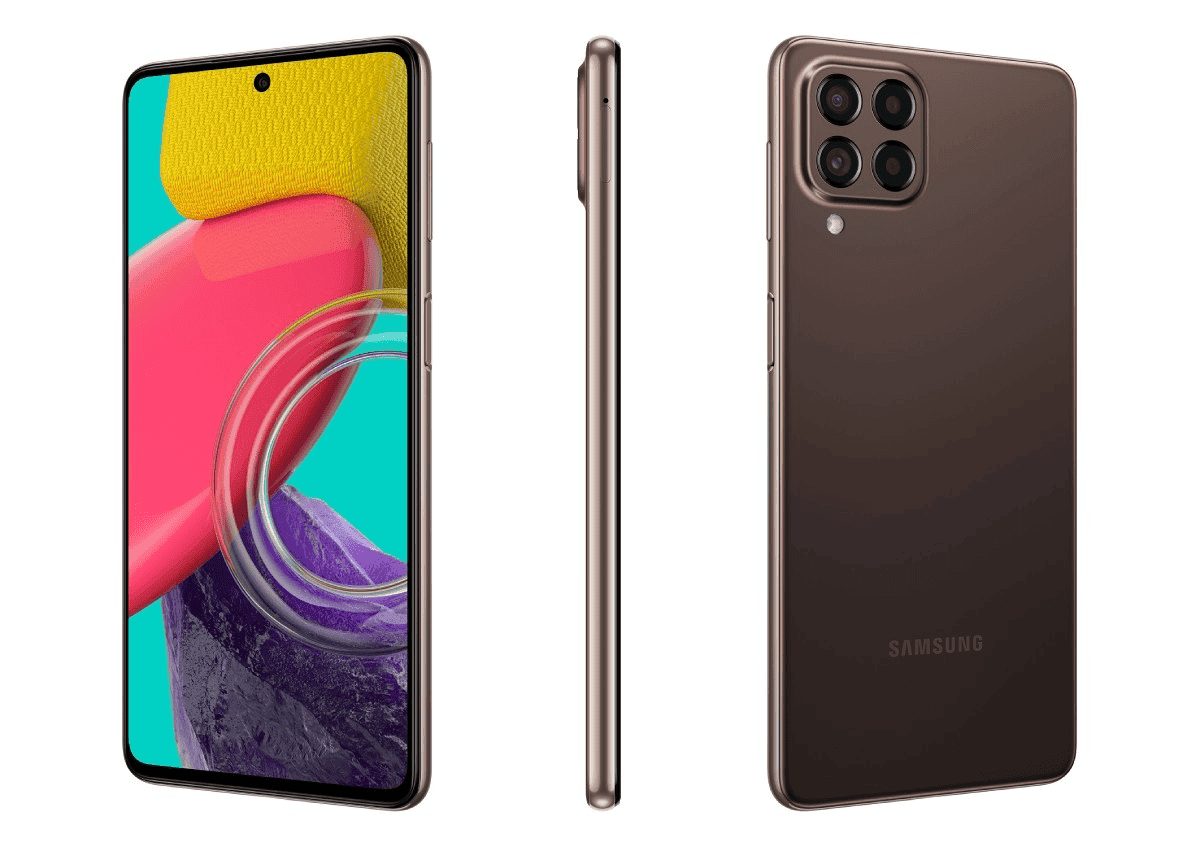 The phone comes in just a single configuration, which is a bit strange. There is 6 GB of RAM and 128 GB of Internal Storage. As an alternative, one can rely on RAM Plus feature and on the micro SD card slot. Of course, this is not as good as having more native RAM and storage. The Samsung Galaxy M53 packs a gorgeous 6.7-inch Super AMOLED Plus display with Full HD+ resolution and a 120 Hz refresh rate. There is a center-aligned punch-hole cutout for the selfie snapper. Talking about the snapper, it’s a 32 MP shooter just like the Galaxy A73. 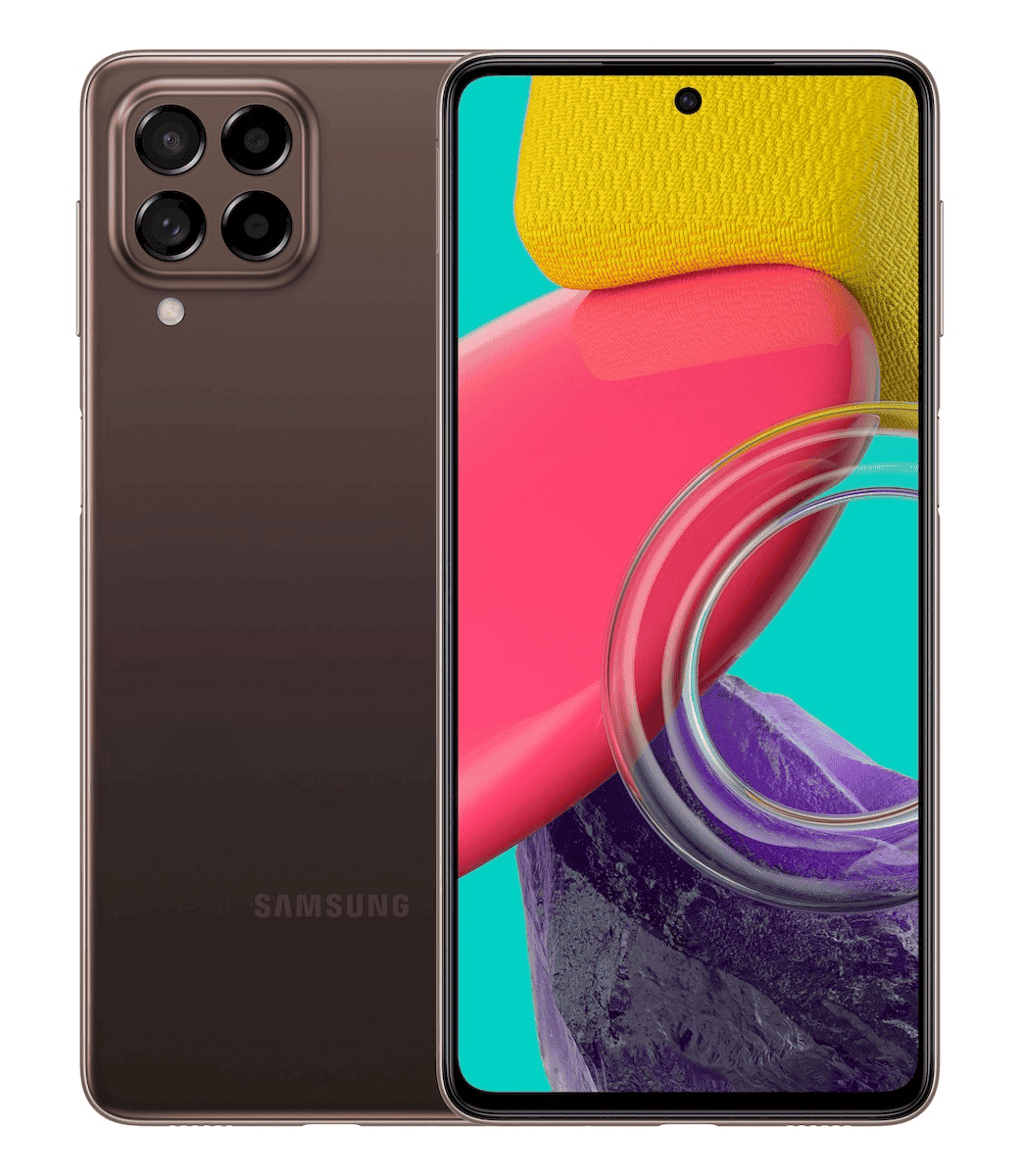 In terms of optics, the Samsung Galaxy M53 comes with a 108 MP main camera with an f/1.8 aperture. However, it has lost its Optical Image Stabilization feature, which isn’t a surprise. After all, this is hard to find on simple mid-range smartphones. The ultrawide snapper is an 8 MP shooter, and there are two snappers for macro and depth-sensing with 2 MP resolution. 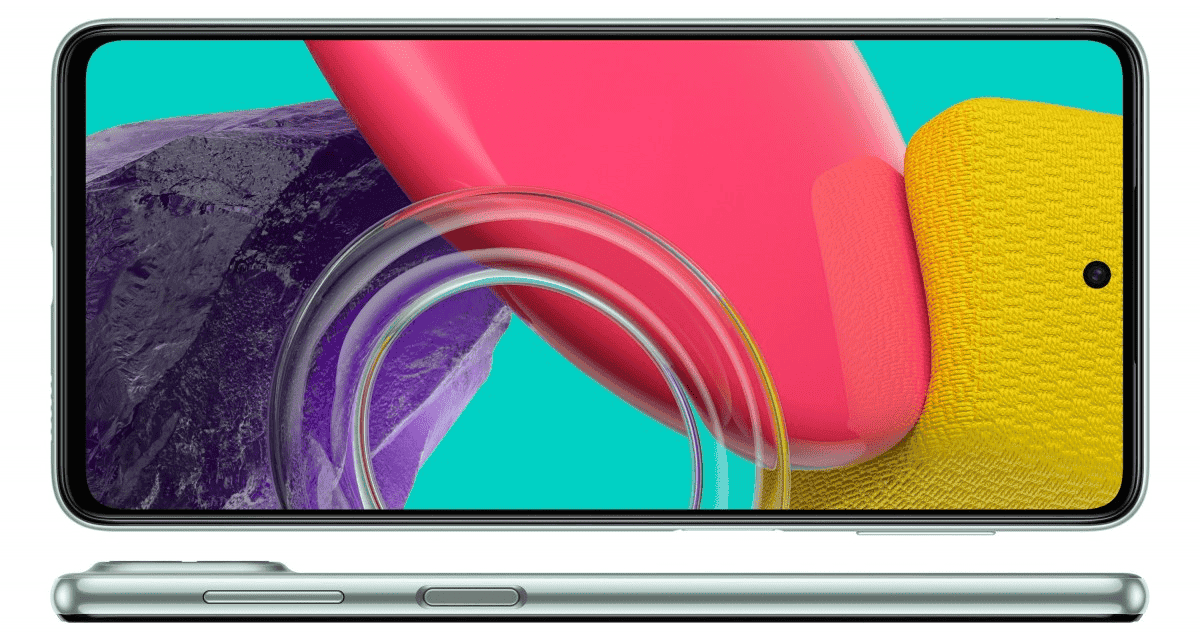 The Samsung Galaxy A53 5G draws its powers from a 5,000 mAh battery with 25 W fast charging. There is Wi-Fi 6 and Bluetooth 5.2 support. Unfortunately, Samsung didn’t reveal more details such as pricing and regional availability. We expect this device to pop out through Samsung regional websites. Once that happens, we’ll know the pricing.

Next Is Ulefone Power Armor 14 Pro the best rugged phone for gaming ?