A new leak has given us our first glimpse into the OnePlus 10R smartphone’s awe-inspiring rear design ahead of the handset’s launch in India. OnePlus is reportedly gearing up to launch the 10R later this month. However, leaks surrounding the upcoming handset are surfacing online left, right, and center. The Chinese consumer electronics giant will be hosting a launch event in India on April 28. Moreover, the company has hinted at the debut of two new smartphones at the impending event. 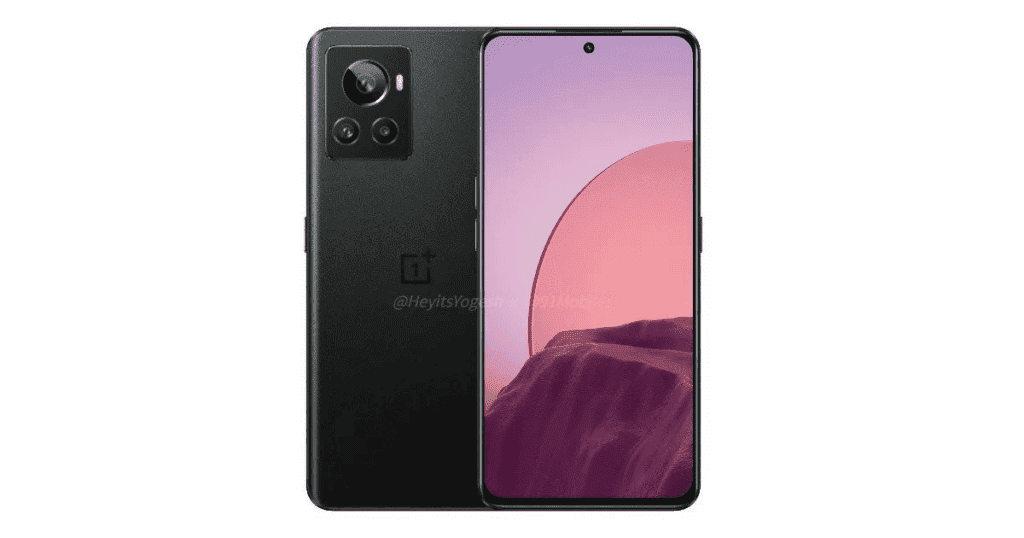 If rumors making the rounds online are anything to go by, OnePlus could unveil the much-awaited Nord CE 2 Lite 5G at the aforesaid event. The company is likely to take the wraps off its OnePlus Nord Buds as well during the event. Moreover, the word on the street is that the OnePlus 10R will go official in India at the same event. It will be the next premium smartphone under the fan-favorite OnePlus number series. Notably, the company has already confirmed that the 10R is on the verge of launching in the country.

Furthermore, the popular smartphone brand has revealed that the OnePlus 10R will pack a Dimensity 800 series chipset under the hood. There is a possibility that the handset comes come with a MediaTek Dimensity 8100 SoC. However, these are mere speculations until OnePlus either confirms or denies them. In the meantime, Amazon India has unintentionally revealed the OnePlus 10R smartphone’s design. OnePlus 10R India launch event will take place on April 28. However, an Amazon ad has revealed the handset’s design ahead of launch.

The leak was originally spotted by Twitter user Rudransh (@rudransh116), and later reshared by tipster Abhishek Yadav. The leak showcases the upcoming phone’s rear panel design, which appears to house a triple camera setup. There’s a big circular cutout for the main camera and a couple of smaller cutouts under it for the two sensors. Moreover, the camera module appears to accommodate the LED flash as well. It also looks like OnePlus is planning to bring a dual-tone texture design to its next numbered device.

There are vertical lines on the left spine, while the other half appears to have a smoother texture. Aside from this, the rear panel houses the iconic OnePlus logo at the bottom right corner. Regrettably, the OnePlus 10R leaked image does not reveal the handset’s front panel. Nevertheless, past leaks claim that the phone’s display will have a hole-punch cutout at the center for the selfie camera. Also, some reports suggest that the 10R will be a rebadged version of China’s Realme GT Neo 3 model.

The upcoming OnePlus smartphone could sport a 6.7-inch AMOLED display with a high refresh rate of 120Hz. The phone is likely to ship with a MediaTek Dimensity 8100 SoC, as per a report by MySmartPrice. Furthermore, it could pack a robust 4500 mAh battery that supports 150W fast charging. However, OnePlus could launch another variant with a larger 5000 mAh battery unit with 80W fast charging support. For optics, it could feature a 50MP Sony IMX766 main camera, an 8MP ultrawide lens, and a 2MP macro sensor. The phone will boot Android 12 with Oxygen OS 12 on top.

Previous Sony's PlayStation VR2 is Delayed Until 2023, But Will Come With The Highest Pixel Density AMOLED Screen