Rugged smartphones have gotten seriously good over the past few years. They’re no longer just big and heavy mobile devices to survive dangerous environments. But morelike modern devices with some high-end specs. Today, flagship rugged phones like the Ulefone Power Armor 14 Pro, combine incredible ruggedness with great performance, screens, cameras, and of course, massive batteries. Which gives a better experience than ever.

How about creating amazing time-lapse videos with a rugged phone? If you ever wanted to record an afternoon of the clouds floating by in the sky, the hustle and bustle of a busy city street or even the growth of a plant, the Ulefone Power Armor 14 Pro has you covered. Now, without further ado, let’s watch a video to see how it works exactly.

Do the plants on the table really stay still as we can see with our naked eyes? Of course not. In the video, the stunning TIME-LAPSE  tells a different story about the things around us, by using nothing but a rugged Ulefone Power Armor 14 Pro. How to make it? And what are the results?

Finally, through 120 minutes of real-time recording, the phone makes an amazing 12-minute time-lapse video in which you can see the plant swaying very gently. While processes would normally appear subtle and slow to the human eye, the Power Armor 14 Pro shows reality with its 20MP HD rear camera and time-lapse mode. What’s more, thanks to a huge 10,000mAh battery, the Power Armor 14 Pro keeps recording time-lapses, while simultaneously powering the light via OTG reverse charging. 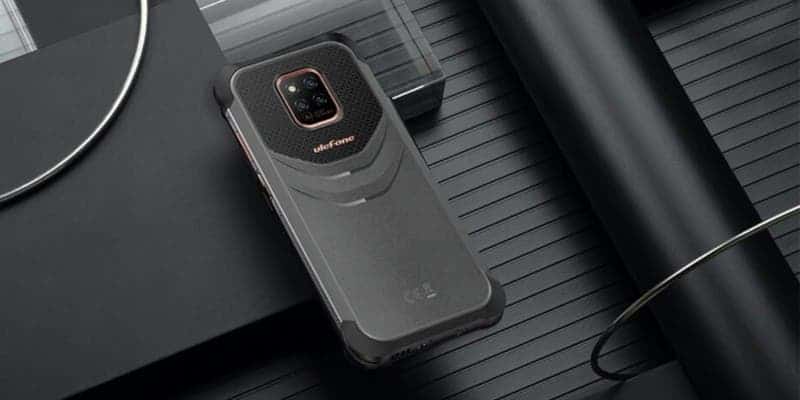 As a rugged phone, the Power Armor 14 Pro has the highest level of protection against dust, water, shock, and drops. It’s literally almost unbreakable. It comes equipped with Android 12 to bring a more personalized experience too. And it sports a 6.52-inch IPS LCD display with a 20:9 aspect ratio and a 60Hz refresh rate. Powering the flagship rugged phone is a MediaTek Helio G85 8-core chip, paired with a healthy 6GB of RAM to complement the CPU and GPU. So this phone is capable of taking on almost any high graphics games you throw at it, such as PUBG Mobile, NBA LIVE Mobile Basketball, Need for Speed No Limits or Asphalt 9: Legends Besides that , a 1TB microSD gives you plenty of storage for videos, photos, apps  and whatever you like.

If you are searching for a rugged phone and don’t want to compromise on battery, camera, or performance, then Ulefone Power 14 Pro should be in the running. It is suitable for calling, everyday tasks, occasional gaming or photography needs. And it is tough enough to withstand any damage. It’s well worth a try. You can find more information about it on the official website.

Next Top 3 alternatives to the regular Optical Image Stabilization (OIS)