Realme is gearing up to introduce the Realme Pad Mini. It’s the company’s second tablet and will launch soon in the Indian market. The device was, surprisingly, launched first in the Philippines. However, it won’t take much longer to reach the Indian market. Although Realme is yet to officially disclose the launch date, there is strong evidence popping out. Shortly after the last AskMadhav video where the company’s executive confirmed the device’s arrival in India, we have new teasers. These teasers are as official as they can be. Realme website has listed the device with a teaser that says “coming soon”. Moreover, Flipkart, one of India’s major e-commerce platforms has listed the device.

As usual, Realme seems to be partnering with one of India’s key e-commerce platforms for selling the device. To those unaware, the Realme Pad Mini cuts some corners to achieve a lower pricing point than the first Realme Pad from last year. For instance, the device comes with a smaller 8.7-inch LCD screen than does not even offer a Full HD+ resolution. Instead, we have 1,340 x 800 pixels of resolution. Under the hood, we have the Unisoc T616 which falls shortly behind the Helio G80. We say shortly, as these two SoCs are very similar in terms of specs, which a faster clock speed for the MediaTek chip. The tablet comes with up to 4 GB of RAM and up to 64 GB of Internal Storage. As usual in the segment, the tablet supports a micro SD card for further memory expansion. 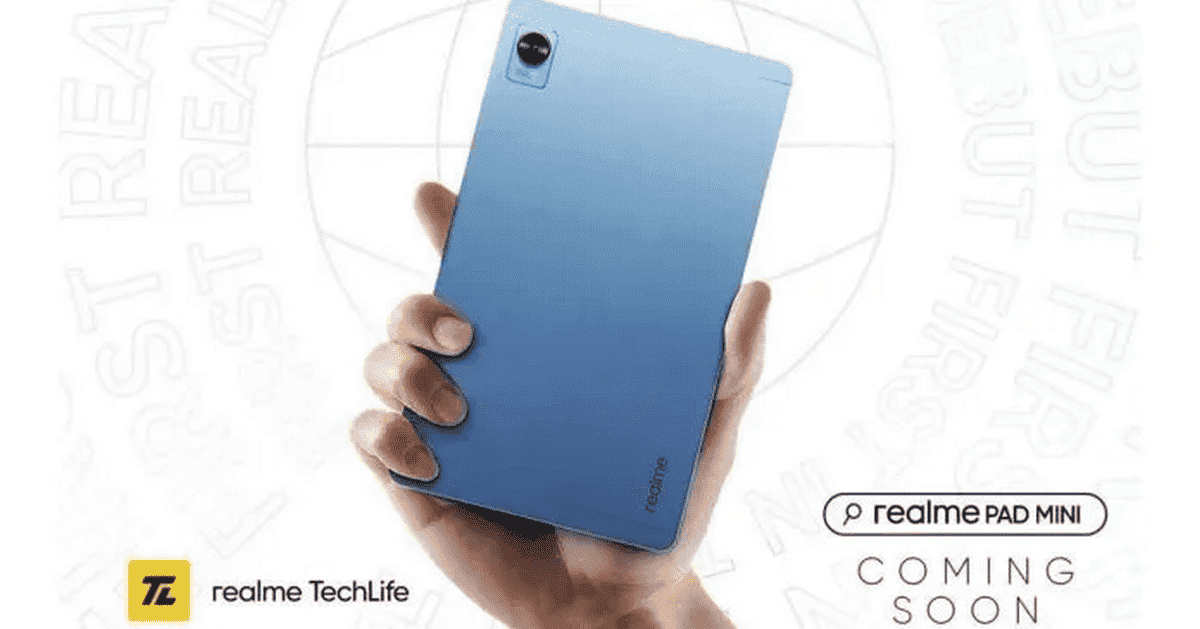 The Realme Pad Mini also comes with a large battery with 6,400 mAh which should ensure long endurance. The phone comes with 18 W fast charging, which is better than not having fast charging at all. Moving around to the back, the phone comes with a single 8 MP camera which shouldn’t be really used for photography. For video calls, there is a modest 5 MP camera. The entry-level tablet runs Android 11-based Realme UI 2.0. That might be one of the major drawbacks of this tablet right now. After all, Android 13 is close to being released. However, Realme isn’t the best one when it comes to updated Android. Other specs include USB Type-C, 3.5 mm headphone jack, and dual speakers.

We expect Realme to disclose the exact launch date in the coming days. Unfortunately, the pricing details for India remain a mystery. As we can see, Realme will keep focusing on low-end tablets, while its sister companies will be taking care of the flagship segment.