Samsung is gearing up to introduce the Galaxy Z Fold 4 in the next few months. The months have passed since the Galaxy S22 series, and now it’s natural to see the company focusing on foldable smartphones. The brand is expected to launch new Fold and Flip smartphones. The first Galaxy Z Fold 4 leaks are starting to pop out everywhere. Now, a new report suggests that the upcoming king of foldable smartphones will bring a camera module that is similar to that of the Galaxy S22 Ultra – which figures as Samsung’s best smartphone in terms of hardware.

Same as s22u?
Or any difference?

According to the new report, the upcoming Galaxy Z Fold 4 will bring an impressive camera setup. There will be a main 108 MP main camera which is Samsung’s 1 / 2.55″ ISOCELL HM3 sensor. As per the tipster @chunvn8888, the Galaxy Z Fold 4 will be almost identical to the Galaxy S22 Ultra. However, the foldable will not bring the 10 MP periscope sensor. Therefore, we should not be expecting the same zoom capabilities. The phone will still bring the 12 MP ultrawide shooter and the 12 MP telephoto module that offers 3 x optical zoom anyway. Recent rumors also suggest a new selfie camera with 10 MP resolution. It’s a major upgrade when compared to the 4 MP snapper on the Z Fold 3. In case you’re unaware, Samsung is using its under-display camera tech in these devices. That explains why the cameras are walking slowly. 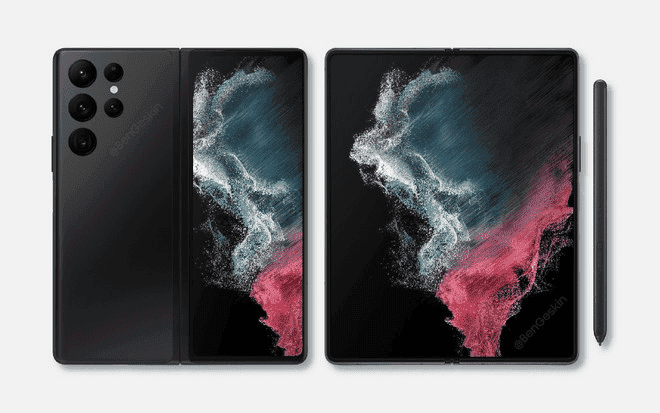 The Samsung Galaxy Z Fold 4 will pack the Qualcomm Snapdragon 8 Gen 1 Plus as per a new report. That’s a major twist, as the Snapdragon 8 Gen 1 Plus is rumored to boast the TSMC’s manufacturing process. So, Samsung won’t be using its own-manufactured chips with the upcoming foldable device. Another report, also suggests that the phone will still lack an S Pen slot. But users can still expect proper support for the stylus. The phone will also be thinner and lighter than its predecessor.

We expect more details to keep coming in the next few months. We expect the new foldable to reach the market in August or September 2022, occupying the former Galaxy Note series place. Samsung has been expanding its efforts to popularize OLEDs, and we expect the company to also be a leading manufacturer of foldable panels in the future. The company is also working on a new battery tech from which future foldable smartphones may benefit.