According to recent rumors and leaks, Apple is finally bringing major design changes to the iPhone 14 series. After years of sticking with the iPhone X aesthetics, and a slight change with the narrower notch on the iPhone 13 series, the company may also ditch the notch once and for all. However, it’s just the black notch that is going away, the camera and sensors will still be there in a unique punch-hole style. Now, recent CAD renders suggest that Apple is finally reducing the size of the iPhone side bezels. The smartphone industry has been pursuing the perfect “bezel-less” phone design for years now, but Apple has been walking its own route. Now, it seems that the company’s new iPhones will be more in line with what we see on the Android bandwagon.

iPhone 14 Pro will have slim bezels all around 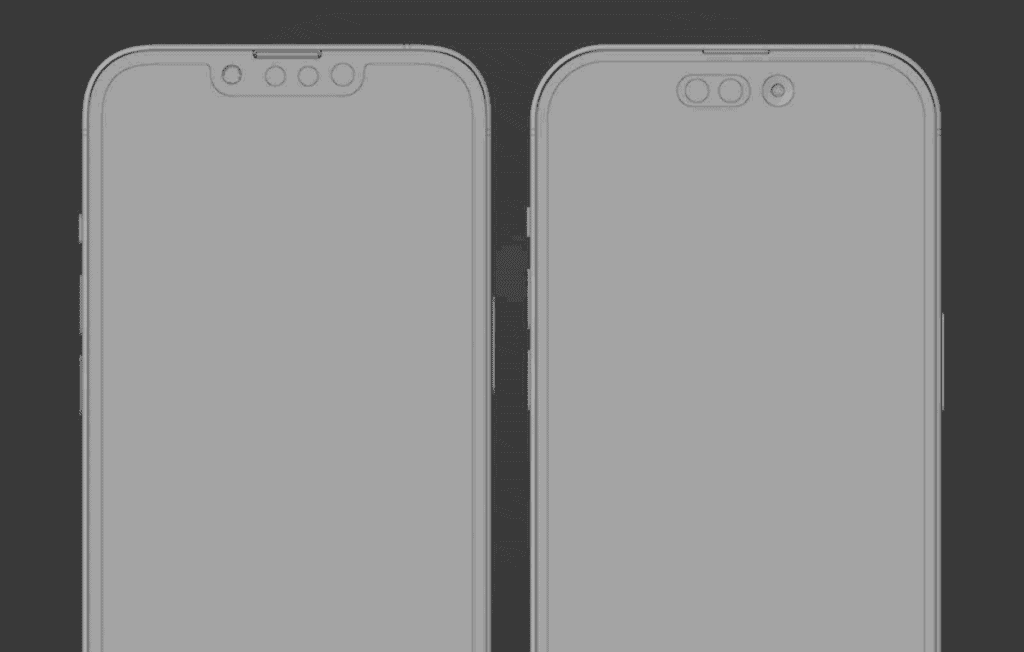 The evidence of this change comes thanks to a side-by-side look at CAD schematics of the upcoming iPhone 14 Pro and the iPhone 13 Pro. Worth noting, that difference is not massive but is still there and we can see it clearly through the images. The move from the notch to a pill-shaped punch-hole in the center is screaming. However, we can see that the side bezels are being trimmed and iPhone users will benefit from larger viewing areas. Talking about the punch-hole, it’s the first time we see this design on smartphones. The pill-shaped cutout isn’t something new but always came on the side. Apple will be the first to bring it in the middle of the screen, the hole looks like an exclamation mark, to be honest.

A few weeks ago, CAD-based renders emerged showing the iPhone 14 Pro design. The new device will bring a slightly thicker body, but the width and weight are the same. As per reports, the iPhone 13 series will come with 6.1-inch and 6.7-inch display sizes. There will be an iPhone 14, iPhone 14 Max, 14 Pro, and 14 Pro Max. However, there is speculation that only the Pro variants are getting a pill-shaped notch. Moreover, rumors also say, that there will be differences in the hardware. The Pro variants will likely get the Apple A16 Bionic, whereas the non-Pro models may get a modified A15. Time will tell.

All four iPhones will bring autofocusing selfie cameras, something that has been absent until now. Unfortunately, the Touch ID will still not return in this generation. Here is everything we can expect from the iPhoen 14 series using the current rumors as a base.