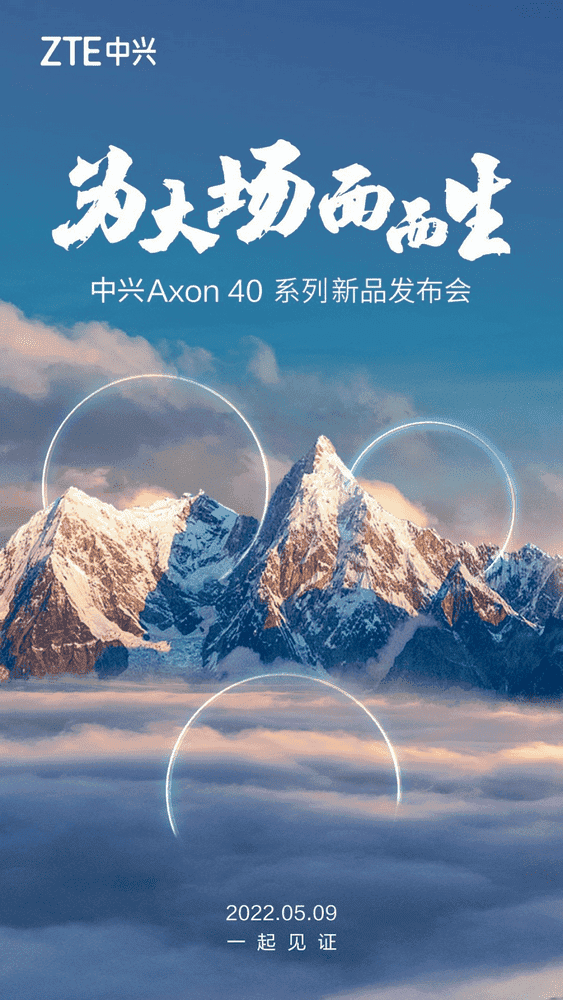 According to recent leaks, the new generation of the under-display camera will bring massive improvements. Therefore, it will be not possible to distinguish the display’s part from the rest of the panel. Now, new information says that the device’s density will reach 400 ppi. Once again, the camera will be a major spotlight in this device’s lineup. Unfortunately, details are still scarce, but a report says that the phone will bring a Quad HD+ resolution. Moreover, we expect the panel to be an OLED one. In terms of specifications, the device may bring a mid-range processor. Neither the ZTE Axon 20 nor 30 came with flagship hardware. Therefore, we expect the ZTE Axon 40 to be a flagship. It may come with a Snapdragon 778G series chip, or even a MediaTek Dimensity SoC. The Dimensity 8100 or even the 9000 are two plausible options here. Both can withstand a QHD+ resolution.

Since there is vanilla, we can also expect a Pro variant and maybe an Ultra variant. To recall, ZTE launched the ZTE Axon 30 Pro and 30 Ultra ahead of the vanilla in the last year. In fact, a phone with an A2023H model number was certified by TENAA. The reports say it’s the ZTE Axon 30 Pro with a 3 GHz clock speed. Therefore, we can expect a Qualcomm Snapdragon 8 Gen 1 SoC to be on top. At this point, we suspect that ZTE will launch both vanilla and Pro at the same time. However, the under-display camera may be specific for the non-Pro model. Unless that ZTE decides to surprise us by expanding the availability of this technology into more devices. The Ultra can adopt this technology, whereas the Pro may end as a rebranded Nubia Z40 Pro.

Under-display cameras are definitively the next step for the industry. However, there are many challenges that companies still need to overcome to make these cameras comparable to what punch-hole cameras can provide. Hopefully, ZTE’s technology will reach new levels of quality with this iteration. More details will certainly emerge in the next few days.