The hotly-anticipated Realme Narzo 50 5G smartphone’s India launch timeline has been tipped, along with a slew of other key details. Earlier this month, Realme launched a new mid-range smartphone dubbed the Narzo 50A Prime in India. The popular smartphone brand is currently riding high on the success of its recently unveiled handset. In the meantime, it is prepping to unveil yet another smartphone under its Narzo 50-series in the country. The new handset will make its foray into the Indian market with the Realme Narzo 50 5G moniker. 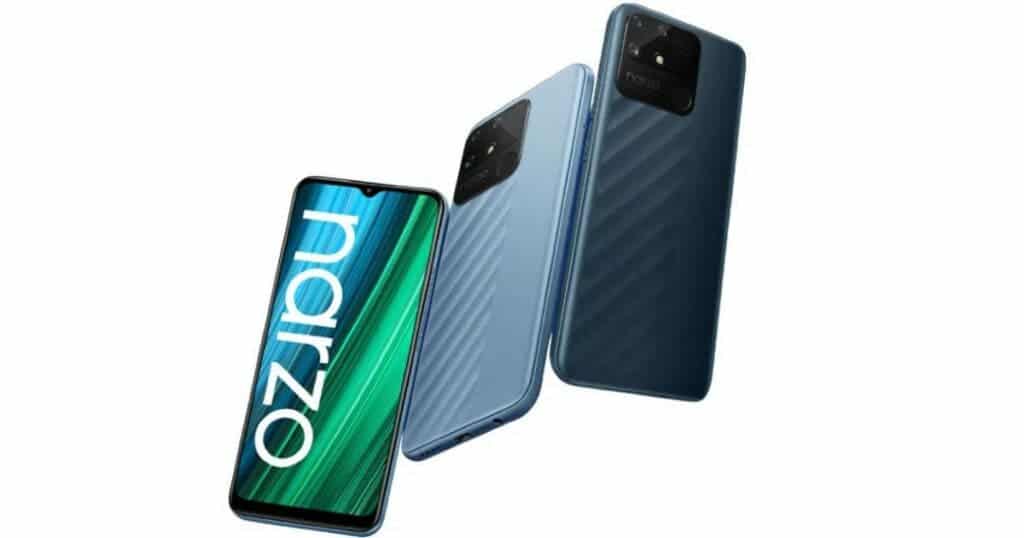 There are no prizes for guessing that the upcoming Realme phone will support 5G connectivity. Now, in a new development, the Realme Narzo 50 5G smartphone’s India launch timeline has surfaced online. Industry sources have confirmed to 91mobiles that the 5G-ready handset will go official in the country next month. Despite the lack of an official confirmation, the publication has divulged some vital pieces of information about the upcoming Narzo 50 5G. Let’s take a look at the Realme Narzo 50 5G smartphone’s RAM variants and color options.

According to the publication’s industry sources, Realme will launch three configurations of the Narzo 50 5G in India. These include 4GB RAM+64GB storage, 4GB RAM+128GB storage, and 6GB RAM+128GB storage variants. Furthermore, the Narzo 50 5G will be available in two highly appealing color options including Hyper Blue, and Hyper Black. Regrettably, other key details of the smartphone are still few and far between. Nevertheless, 91mobiles speculate that the handset will come with a 50MP main camera. Moreover, it suggests that the phone will pack a 5,000mAh battery unit with fast charging support. 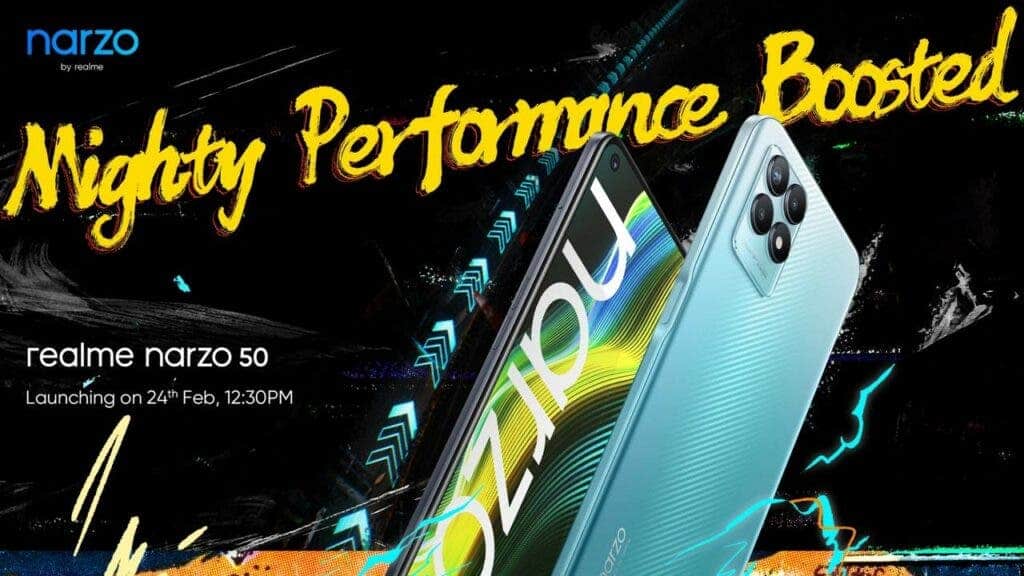 Aside from this, the Narzo 50 5G could sport a large display with FHD+ resolution. In the software department, it is likely to run Android 12 OS with a layer of Realme UI 3.0 skin on top. This pretty much sums up everything we know about the upcoming Realme smartphone. However, if speculations prove to be true, the phone will launch in India in May 2022, confirming all its specs, pricing, and other key details. To recall, the original Narzo 50 with a polycarbonate back, and a MediaTek Helio G96 SoC was launched in India on February 24, 2022. It is available in 4GB RAM+64GB storage and 6GB RAM+128GB storage configurations in the country.

The 4GB RAM+64GB storage model will set you back INR 12,999 on Realme.com, while the larger 6GB RAM+128GB storage model costs INR 15,499. Also, the Narzo 50 model without the 5G connectivity option is available in Speed Black, and Speed Blue color options.