As early as May last year, Apple announced that it will merge its iCloud “documents and data” service into iCloud Drive in May 2022. Now, the latest report from the company reveals that this merger is complete. Yesterday, updated its support document that users who previously used iCloud Documents & Data to sync files across devices will now need to turn on iCloud Drive to view their files.

Apple provides instructions and minimum system requirements for iCloud Drive on iOS devices, Macs, and iCloud.com in a support document. The vast majority of iCloud users already have an active iCloud Drive, so this will not affect them. However, users who had an iCloud account before the launch of iCloud Drive in 2014 but never enabled it will now need to turn it back on to gain access to the relevant files.

When users switch to iCloud Drive, the occupied storage capacity of iCloud will not change. The iCloud “Documents and Data” service will save cloud-synced data in a folder of a specific app. Also, it will only allow access to the data from that app. Furthermore, with the advancement of iCloud Drive, users can now have access to all files in one place. This includes the Files app on iOS/iPadOS, iCloud Drive in the macOS Finder (Finder), and the web. 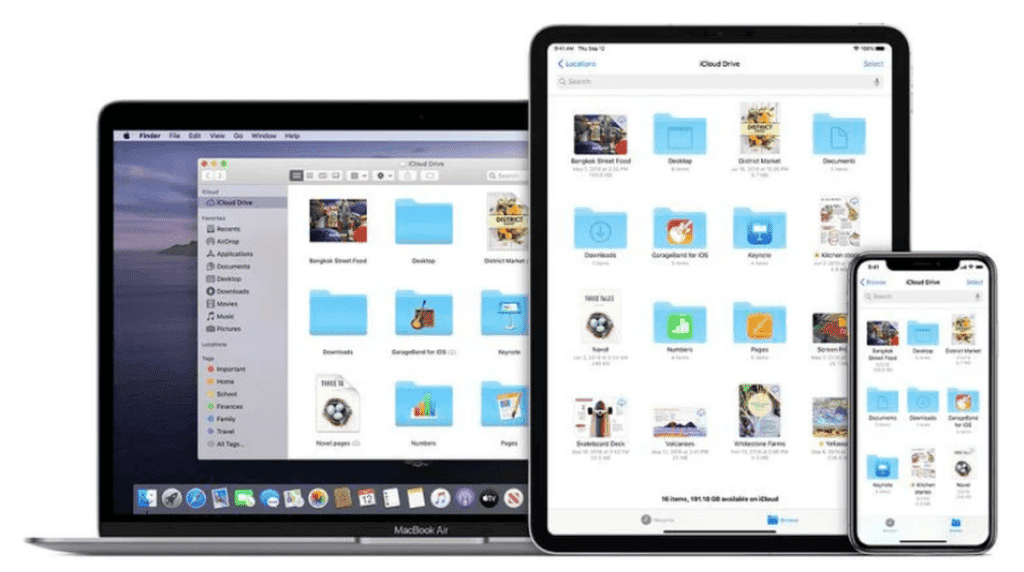 Thanks to the latest additions to the FIDO standard, a password-free future may be more convenient. Apple calls it Passkeys in iCloud Keychain. The proposal means that users can automatically log in to a secure website. The interesting thing is that the login is now as simple as owning a second Apple device.

Back in 2020, Apple supported FIDO (Fast Identity Online) and announced last year that it was testing it. The company calls its implementation Passkeys in iCloud Keychain, but it’s just another name for FIDO.

How FIDO will work has been explained before:

“The recommendation from the FIDO Alliance is that trusted devices should replace passwords. This will work essentially the same way Apple uses two-factor authentication (2FA) for Apple devices. When you try to log in to a new Apple device with your Apple ID, The company sends a code to a trusted device, which the user then enters.

On Apple systems, this is an extra step, but the FIDO consortium hopes to replace passwords with a similar approach — and without the need to enter a password.

For example, if a user tries to log in to a website on an iPhone, the user will only need to enter the username, and it will then send an authentication request to the user’s other registered devices, such as the Apple Watch. Users can simply click to authorize. Likewise, when accessing a service on the Mac, the user will be able to authorize approvals on the iPhone — and so on. “

Tapping an Apple Watch or iPhone to authorize a login is already much better than entering a password. However, the latest proposal even wants to eliminate those actions.

“FIDO’s white paper also includes a proposal to supplement its specification to allow a user’s existing device, such as a laptop, to act as a hardware token in itself, similar to a standalone Bluetooth-authenticated device, providing physical authentication. The idea is that since Bluetooth is a proximity-based protocol, this is still actually phishing-proof.”

In other words, it’s the exact same way you unlock your Mac or iPhone with the Apple Watch. It is also just as the iPhone unlocks the Apple Watch. The user does not need any additional verification as the identity has already been confirmed by unlocking the first device.

So when a user logs in to a website on a Mac, for example, it checks to see if the iPhone or Apple Watch is within Bluetooth range, and if so, lets it in without taking any action.