There are smartphones that do not lose their value over time. When reading this, we guess most of you think about the iPhone. Obviously, it is. But what about other smartphones? Recently, SellCell conducted research in order to find out which smartphone depreciates faster.

When buying a premium smartphone, you pay almost the same amount of money. We mean that this segment offers outstanding models but you should be ready to pay a fortune for them. This statement is true for almost all flagships. But will they cost identically after a concrete period of time? No! 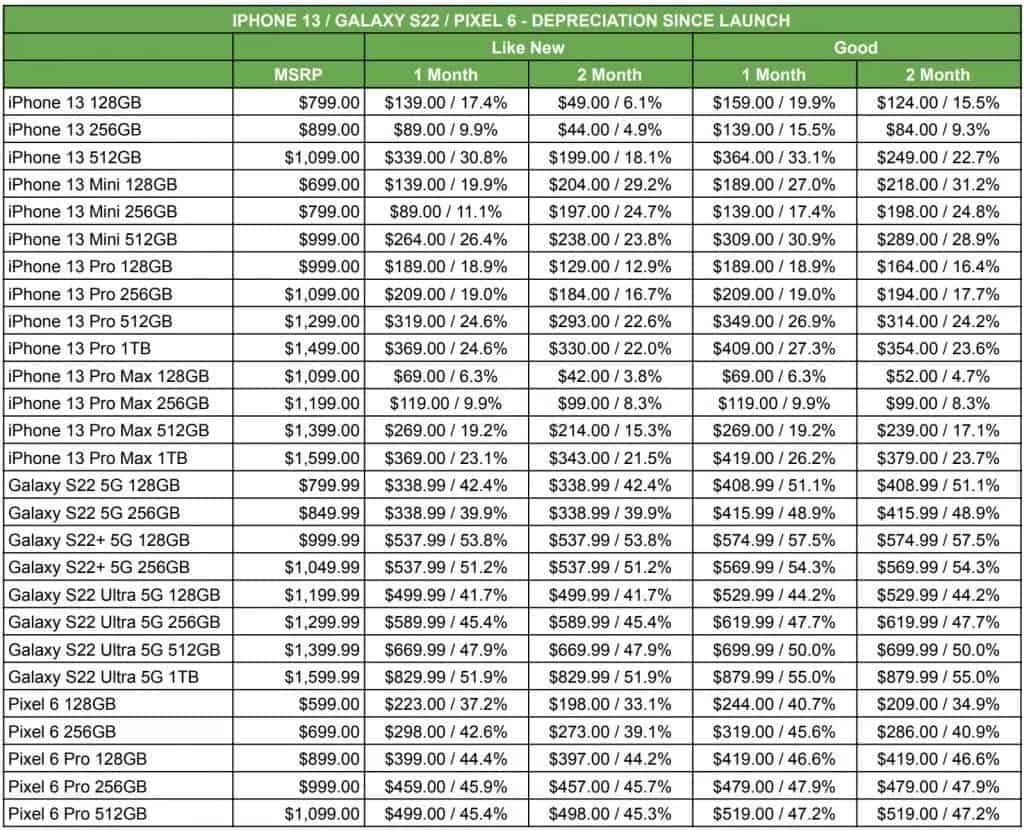 With this in mind, SellCell has analyzed data on the flagships made by Apple, Samsung, and Google. After collecting data since the launch of the iPhone 13, Samsung Galaxy S22, and Google Pixel 6, the source analyzed them. As a result, it came to the conclusion which smartphone has the highest depreciation rate.

Among the analyzed smartphones, the Samsung Galaxy S22 range loses its value faster than its rivals. For the Samsung model, it is around 50%, followed by the Pixel 6 range of around 42%, and the iPhone 13 range of only 18%. (These are average numbers for the conditions of “good” and “like new”). 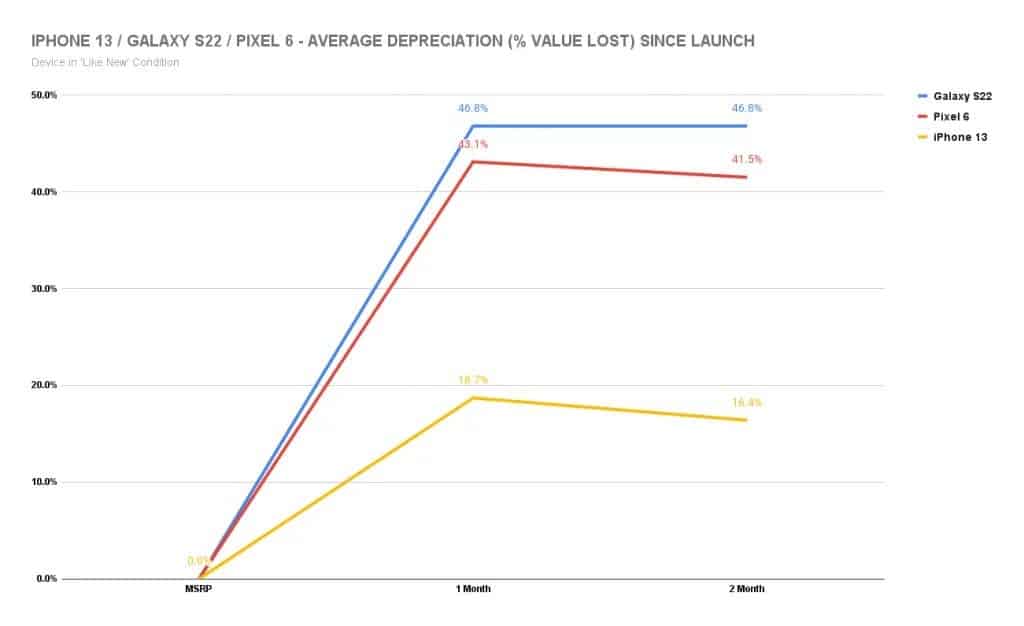 Something similar we found in research conducted a year ago.

“As we already knew, the iPhone is champion when it comes to value retention, seemingly dodging the knockout blows to value that initially felled the Galaxy S22 and Pixel 6 ranges. However, with an uptick in value for the Pixel 6, and a plateauing of value for the Galaxy S22, we may well see both flagship smartphone ranges recovering value in much the same way as the iPhone 13 has (again). Want to see for yourself? You can see the prices to sell an iPhone yourself and view just how much value the devices retain!”

Next Apple iPhone 14 Pro To Look And Perform Ideally