Regularly, smartphones – especially premium models – are closely scrutinized, especially on the side of their depreciation. And like every year, the iPhone is doing much better than its competitors from Google or Samsung. For 2021, second-hand market specialist SellCell compared the iPhone 13 with the recent Pixel 6 launched two months later.

According to their calculations and the various statements made with forty-five suppliers, the value of the iPhone 13 would decrease much less quickly, and this is valid as well for the iPhone 13 mini, the iPhone 13 Pro and the iPhone 13 pro Max. Indeed, after three months, the iPhones show a depreciation of between 22.4% and 28.9% of their value (or 21.8% on average) while a month after their launch, the Pixel 6 records a loss average of 42.6%, twice as much as the iPhone in three times the time.

Finally, all models of iPhone 13 depreciate less today more than two months ago, a rather curious situation which can be explained by the strong demand on the part of consumers and an insufficient supply due to the shortage of components. But, for SellCell, it is still too early to draw conclusions; and it will be necessary to wait until January 2022; just after the holiday season and the resumption of production to verify the trend. 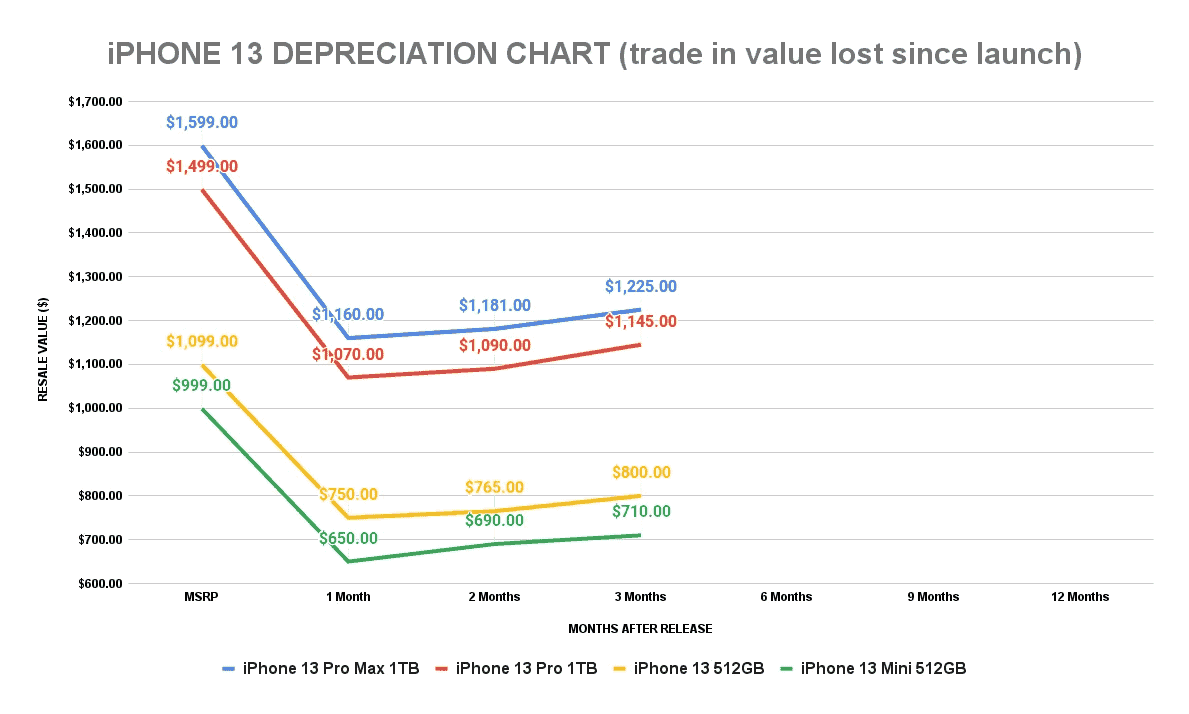