Google released the Chromecast with Google TV in September 2020. The product adopted a design similar to the previous generation, but more elongated. The HDMI cable can plug directly into your TV or AV receiver. At the same time, it gets power through the supplied USB adapter or using the USB-C connector. This “smart TV converter” also came with a set of upgrades on its hardware. Due to them, it became a worthy contender over its predecessors.

It was one of the first streaming products running the Google TV UI instead of Android TV. These two don’t differ much. But the former has four tabs on the top 一 Search, Home, Apps, and Library. Today, we learned that Google is going to update the smart TV stick to the latest Android 12 version. This should happen later this year. Moreover, the device running on the Android 12 operation system has been spotted in n Geekbench. So we can get acquainted with some other features of the product. 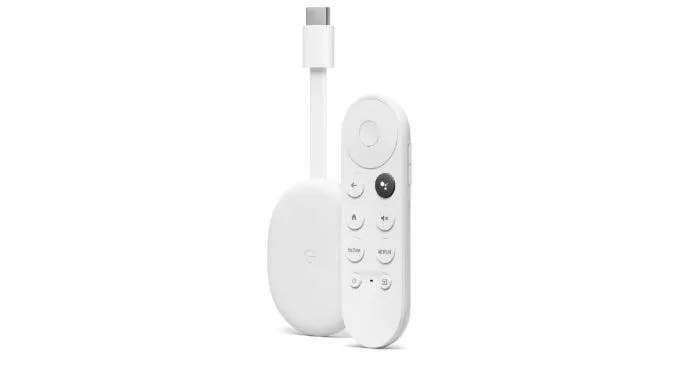 The leaked Google Chromecast comes with a motherboard called “Sabrina”. Apart from this, from the screenshot, we can see that Google TV will sport an ARM Amlogic chipset. The latter consists of four cores and clocks at 1.91GHz, while the RAM is 2GB. Thus, all these features are identical to those we’ve seen on the existing Chromecast with Google TV. Thus, the only difference is the operating system.

However, this doesn’t mean that Google will launch a new Chromecast with Google TV running on Android 12. At least, it could be not the same model. We mean most likely, Google is testing Android 12 on its existing model.

Anyway, the device scored 143 and 486 points in the single-core and multi-core tests, respectively. 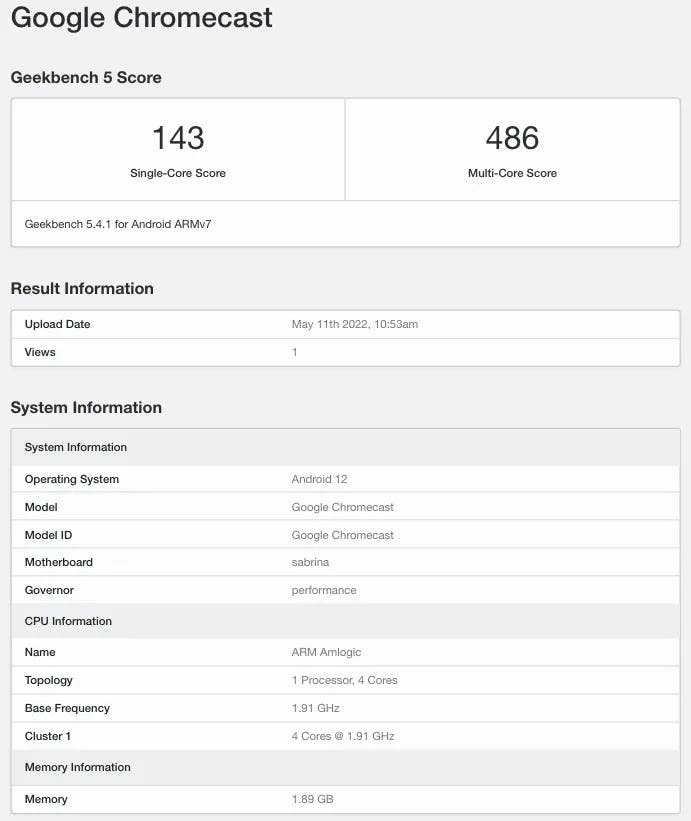 Several months ago, 9to5Google reported that Google was working on a new device in this category. The TV stick in the works had a codename “Boreal”. Later, we saw that this codename was found in the same family as Sabrina. Simply put, a new Chromecast with Google TV will use a Sabrina motherboard and run Android 12. Google fans should be happy learning about this because Android 12 will bring new features like 4K UI support, refresh rate switching, accessibility settings for font sizes, mic and camera indicators and toggles, and more.

By the way, a week ago, Google launched Android 13 Beta for TV. However, it can be tested only on the ADT-3 Developer Kit.