Earlier today, three new Xiaomi smartphones have been approved by the Ministry of Industry and Information Technology. The models are  2203121C, 2206123SC, and 2206122SC. According to previous reports, they are Xiaomi MIX 5, Xiaomi 12S and Xiaomi 12S Pro. The Xiaomi MIX 5 could be the Xiaomi 12 Ultra. 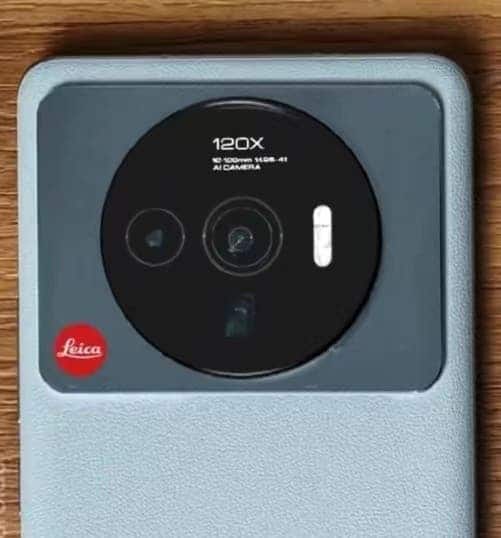 According to previous revelations, the Xiaomi 12S and 12S Pro are small iterations of the Xiaomi 12 series. This smartphone will come with the SM8475 chip, which is the Snapdragon 8 Gen 1+ flagship processor. The Xiaomi 12S Pro will also have a version with the Dimensity 9000 and this version uses model number 2207122MC. This version has also been approved by the Ministry of Industry and Information Technology.

The new phone with model number 2203121C was previously revealed to be Xiaomi MIX 5. Furthermore, digital blogger @李安Angang claims that this phone is the Xiaomi Mi 12 Ultra code-named L1. No matter which one it is, it is expected to be equipped with the Snapdragon 8 Gen 1+ processor.

Previously, 2203121C appeared in Geekbench 5 running points. This device has a single-core running point of 1257 and a multi-core score of 3456. Furthermore, this device comes with up to 12GB of RAM.

The renders of the Xiaomi 12 Ultra show that the phone will use a super large disc rear lens. It comes with the Leica logo and the main camera should be a 200MP sensor. According to reports, the Xiaomi MIX 5 will not arrive this year. Thus, there is a possibility that this device should be the Xiaomi 12 Ultra.

The delay in the launch of the Xiaomi 12 Ultra is due to some upgrades in the device to achieve perfection. However, with the TSMC 4nm version of the Snapdragon 8 Gen1 Plus expected to be launched this month, the Xiaomi Mi 12 Ultra is clearly on the way. There are reports that the Xiaomi 12 Ultra will have three colour options. The available colours include black, white and marble. As for the prices, the leak claims that this device will sell for the prices below