In this crypto-world, there are various offers that might look quite attractive at first sight but are “dark” inside. Say, a carrier Boost Mobile is offering its subscribers to pay the phone bill through Boostcoins. All you have to do is to watch ads and play games. Once you download the new BoostOne app, you can play games, watch various ads, and interact with it in other ways. Such activity will generate Boostcoins for you. In their turn, the cryptocurrency can be transformed into real money.

Well, all these sound quite attractive. But in reality, Boost Mobile is not offering anything but becoming a prisoner of your phone. The thing is that one Boostcoin equals just one cent. So in order to earn some money that will make sense, you have to spend a lot of time on the app. For instance, watching an ad lasting several seconds will earn you two Boostcoins. However, you can get various gifts from the Wheel of Fortune-style Spin & Win game, varying from five cents to $5 in a single spin. Though we don’t know how many times per day you can play the game, most likely, there are not many opportunities. 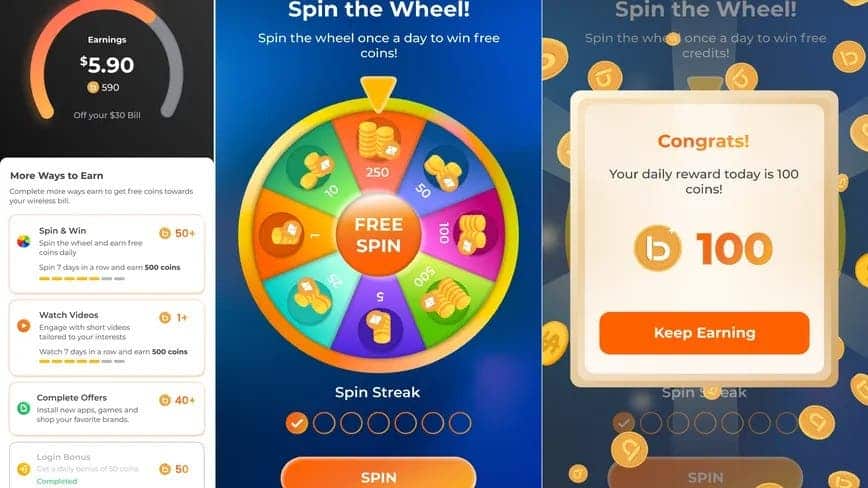 “This represents an exciting new business model and a stepping stone into the future for wireless consumers,” Stephen Stokols, the CEO of Boost Mobile, said in the press release. “Most telcos rely on subscription models, but it’s time to move beyond the old ways and to embrace proven digital models popular in other industries.”

Read Also:  Creator of cryptocurrency Luna has been sued for fraud

In the future, users will be able to share Boostcoins with each other. Plus, the company is working on new ways of redeeming the coins, like trading them for a free phone.

The company behind Boostcoins is Dish. And we have to say this is not the first time that this company is trying to move into the web 3 space. In early May, Dish launched its 5G network in Las Vegas, called Project Genesis. At the same time, the company released a new app, which suggests users help the company fine-tune the network. For this, you will get some rewards. including NFTs.

We have also heard that Boost Mobile will launch a new postpaid Boost Infinite wireless plan in a few months. The latter will let users pay for their new phones with cryptocurrency. If there is unused data, they can exchange it with digital currency.

All these might seem fancy. But Dish is currently trying to become the US’ fourth carrier along with T-Mobile, Verizon, and AT&T. Moreover, it has a goal to cover 20% of the population with its service. And we have to say, it is too close to its goal.