We can say that the Redmi Note 11T series managed to come close to its release date without being spotted. Now, Xiaomi is preparing the terrain for the new Redmi Note contenders. These devices will, obviously, be a follow-up to the current Redmi Note 11 series. However, the devices will have much more compelling specifications. The Redmi Note 11T and Redmi Note 11T Pro were previously spotted on the 3C and TENAA databases. Now, the Pro variant shows its muscles in the Geekbench benchmarking database. It reveals some compelling information about the chipset and confirms a very good fact – it comes with the powerful Dimensity 8100 SoC.

The Redmi Note 11T Pro and its vanilla sibling will launch on May 24. Alongside these handsets, there are rumors indicating the existence of a Redmi Note 11T Pro+. The device will come on the very same date and will obviously have the higher specifications. Anyway, today’s leak revolves around the Redmi Note 11 Pro variant. 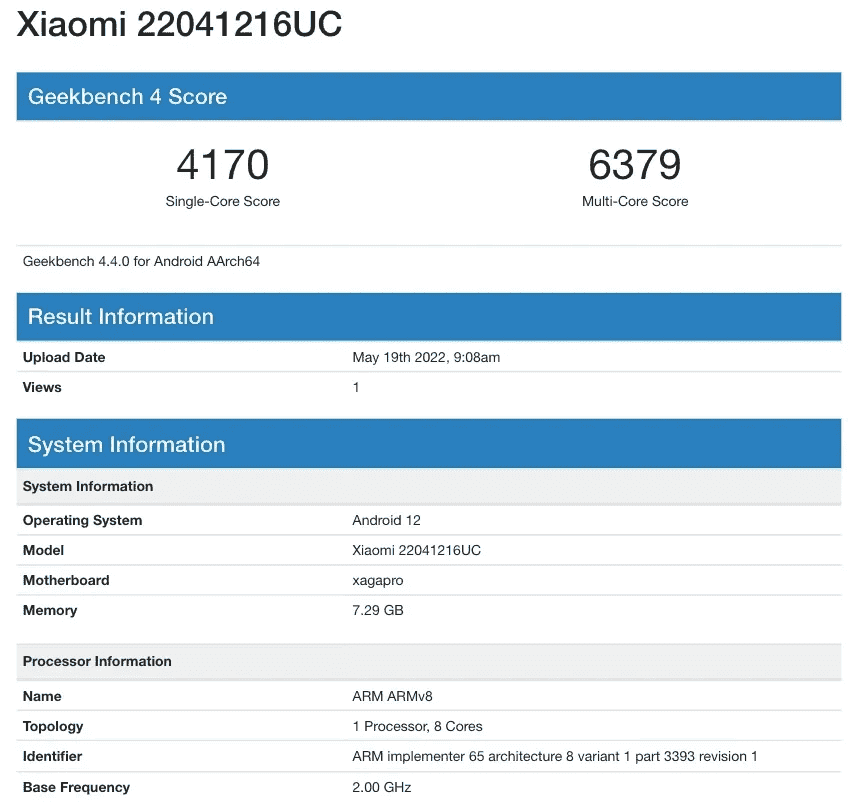 Redmi Note 11T Pro is another beast with Dimensity 8100 SoC

The Redmi Note 11T Pro has passed through the Geekbench databases with a 22041216UC model number. According to the listing, the device will pack an Octa-Core processor, which is the MediaTek Dimensity 8100 platform. The chipset will sport four premium ARM Cortex-A78 cores with a clock speed of 2.85 GHz and 4 x ARM Cortex-A55 cores. The chipset is paired with ARM Mali-G610 GPU with HyperEngine 5.0 gaming suite.

The device has been listed with 8 GB of RAM and will run on Android 12 straight out of the box. In terms of benchmark scores, the handset has secured 4,170 points in the Single-Core tests, and 6379 in the multi-core department. That’s a fairly impressive score, but on par with other devices running the Dimensity 8100 SoC. Worth noting, however, that these scores are based on the Geekbench 4 standards. The numbers and standards were higher. 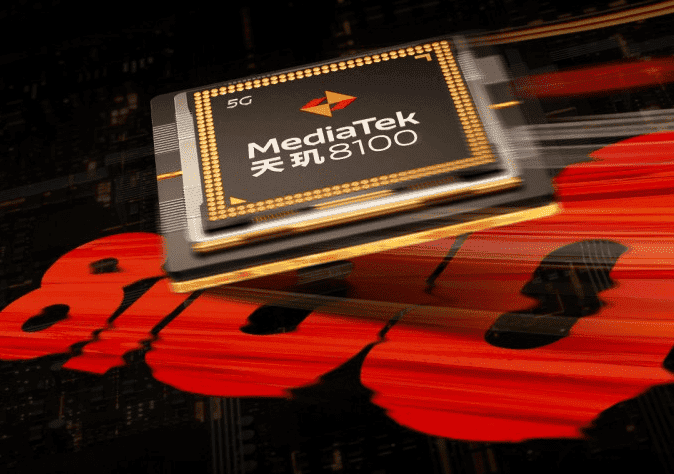 For those unaware, this chipset brings a flagship-like performance for much less. The SoC has ARM Cortex-A78 cores running at up to 2.84 GHz and ARM Cortex-A55 cores for power efficiency. The SoC can easily handle demanding games thanks to the Mali-G610 MC6 GPU. We have to agree that, at least apparently, MediaTek is selling more of these chips than Dimensity 9000 chips.

As per the rumors, the Redmi Note 11T Pro will come in two variants with 8 GB of RAM and 128 GB of storage, or 8 GB of RAM with 512 GB of Storage. It’s strange to see that the company is not offering a variant with 256 GB. As per previous leaks, the Redmi Note 11T Pro 5G will offer 120 W fast charging. However, the battery inside the device will disappoint some users with “just” 4,300 mAh capacity. Despite this, the phone will be fairly thick at 8.8 mm.

Apparently, the phone will hit some markets as POCO X4 GT.

Redmi Note 12 Could Launch In India This Year, Here’s What To Expect