ASUS has revealed that the ROG Phone 6 will likely be the first smartphone to use the newest chipset. At the same time, Realme’s founder and CEO, My. Sky Li, announced that the Realme GT 2 Master Explorer Edition will be one of the first Snapdragon 8+ Gen 1-powered smartphones. These smartphones are likely to appear in mid-July or even August this year.

Introducing #realmeGT2MasterExplorerEdition in China, its one of the first smartphones to feature the most advanced Snapdragon® 8+ Gen 1 Mobile Platform. A perfect match! pic.twitter.com/Tu5n79Nlcv

While it’s common to see gaming smartphones being the first to rock new processors, it’s a good surprise to see Realme bringing a new flagship that excels the GT 2 Pro in performance. The Realme GT Master Explorer from last year boasts the Qualcomm Snapdragon 870 SoC. The device had a premium design and good cameras but was below the vanilla GT in terms of performance. Now, the Realme GT 2 Master Explorer Edition will be placed above. Unfortunately, the original phone never left China. We don’t know whether this will also be the case in the sequel. The ROG Phone 6, on the other hand, will likely hit markets where ASUS traditionally launches its gaming smartphones series.

Worth noting that brands like Black Shark, Vivo, Oppo, and OnePlus are also preparing new contenders with this platform. OnePlus is likely bringing a OnePlus 10 Ultra variant with this platform, whereas Xiaomi will bring the Xiaomi 12 Ultra. We’re still clueless about Oppo and Vivo’s intentions with this platform. Motorola is also among the companies preparing Snapdragon 8+ Gen 1 smartphones for release. The Lenovo-owned brand will introduce the long-rumored Motorola Frontier. It’s likely coming as Motorola Edge 30 Ultra and will also bring a 200 MP camera. 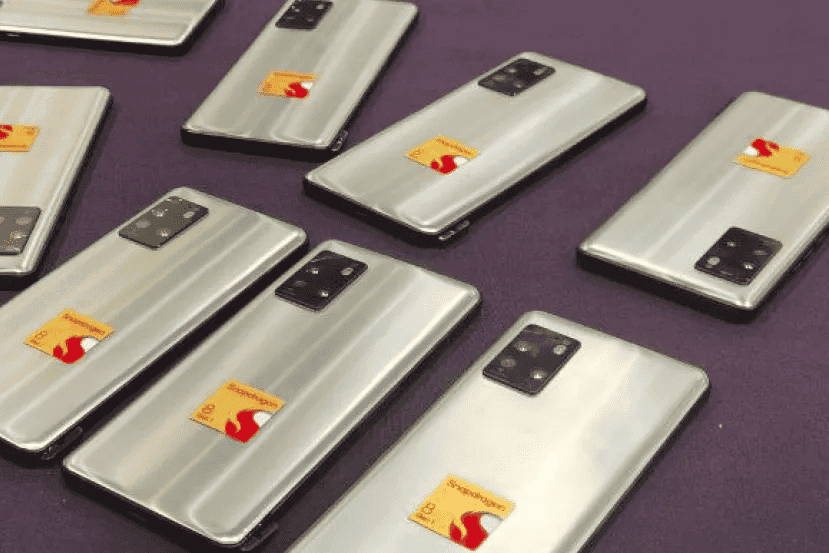 To those unaware, the Snapdragon 8+ Gen 1 boasts the prime ARM Cortex-X2 core to 3.2 GHz. It matches the max clock speed of the Snapdragon 870 from 2021, but it’s way faster thanks to the 4 nm process. Unlike vanilla, the new Plus variant comes from TSMC and offers 30 percent more power efficiency. The company also presented the Snapdragon 7 Gen 1 which is the first mid-range processor to come with a 4 nm manufacturing process.