The spotlights certainly are pointed to the Snapdragon 8+ Gen 1 SoC. The new Qualcomm flagship support comes with a massive boost in power efficiency and promises to fix the heating issues. However, it wasn’t the only product unveiled by Qualcomm today. As promised, the US-based chipmaker also introduced the Snapdragon 7 Gen 1. This is the replacement for the Snapdragon 778G. It also arrives as the first chipset in the lineup with the new nomenclature. The SD 7 Gen 1 also brings a 4 nm manufacturing process, and it’s the first non-flagship SoC of 2022 to be made on this process. 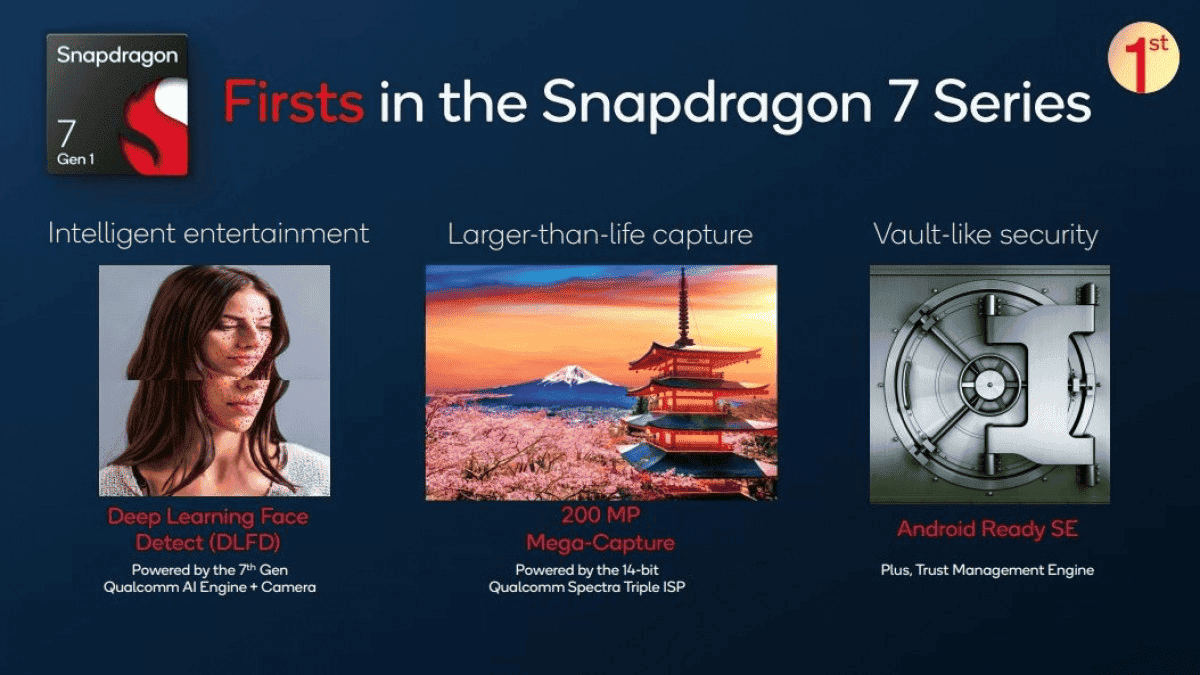 According to Qualcomm, the Snapdragon 7 Gen 1 brings a max clock speed of 2.4 GHz and gets the graphic tasks powered by the Adreno 662 GPU. Qualcomm claims the new chip handles graphics 20 percent faster than its predecessor. The AI tasks, considering you care for that, are 30 percent better on the processor. The company also brings the Adreno Frame Motion Engine. It doubles framerates in games and keeps the power consumption as the Snapdragon 7 Gen 1. The new 4 nm platform also brings several firsts to the SD 7 series. The list of new goodies includes Qualcomm’s AI Engine, up to 200 MP image capture, and Android Ready SE for e-money solution.

Talking about the support for 200 MP images, Qualcomm seems to be preparing the path for the rise of 200 MP smartphones. We are expecting the first 200 MP camera smartphones to appear in the second half of 2022. We assume that there will also be a lot of premium mid-range smartphones with 200 MP cameras. Qualcomm Spectra triple ISP offers support for up to 200 MP photo capture and 4 K HDR video recording. There is also 10-bit HEIC photo capture and HEVC video recording. Another first comes in the Android SE and Trusted Management Engine. It promises optimal security for digital keys and wallets. 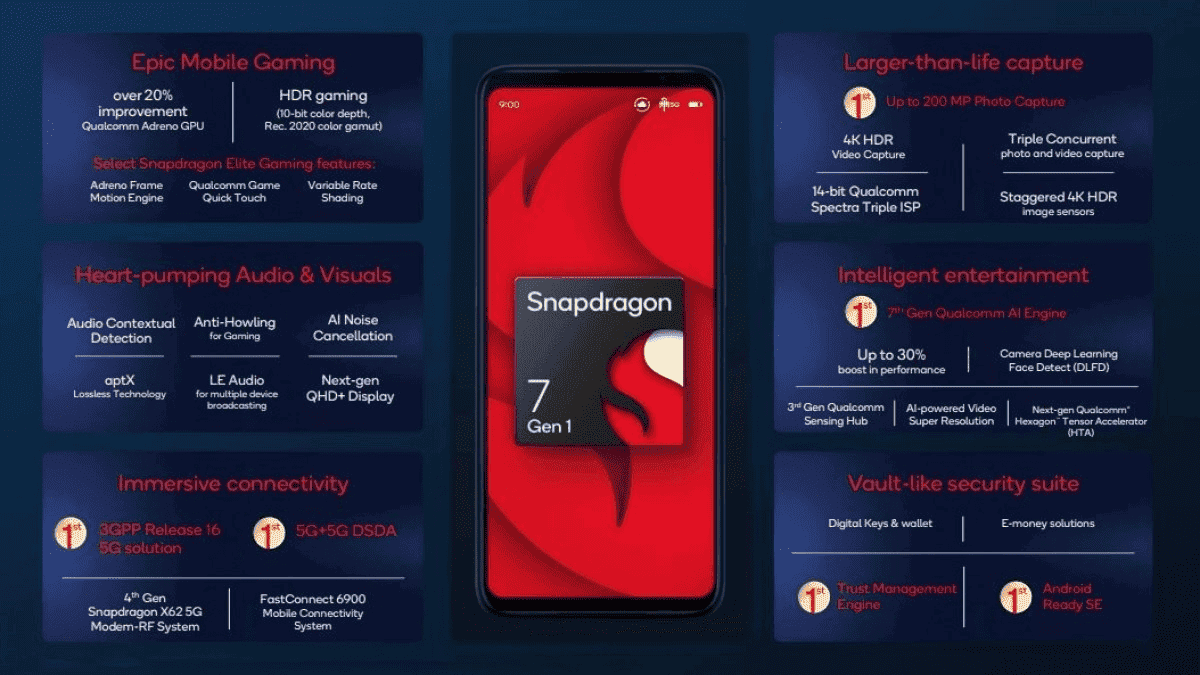 The Snapdragon 7 Gen 1 brings the Snapdragon X62 5G modem that can handle 4.4 Gbps download speeds with dual standby 5G connectivity. There is also Wi-Fi 6E alongside the new Bluetooth 5.3 standard. There is support for Snapdragon Sound and aptX support. The first batch of Snapdragon 7 Gen 1 phones will arrive in a few weeks from a wide array of smartphone makers. However, Oppo may kick things with its Oppo Reno 8 series.

Oppo will introduce the Oppo Reno 8 series on May 23, and one of the phones will bring the Qualcomm Snapdragon 7 Gen 1. As per the reports, it’s the Oppo Reno 8 Pro. Hopefully, we’ll see more smartphones being launched with this platform later on. Some rumors suggest the Snapdragon 7 Gen 1 performance isn’t comparable to flagships. We are curious to see how the SoC will perform in real-life.