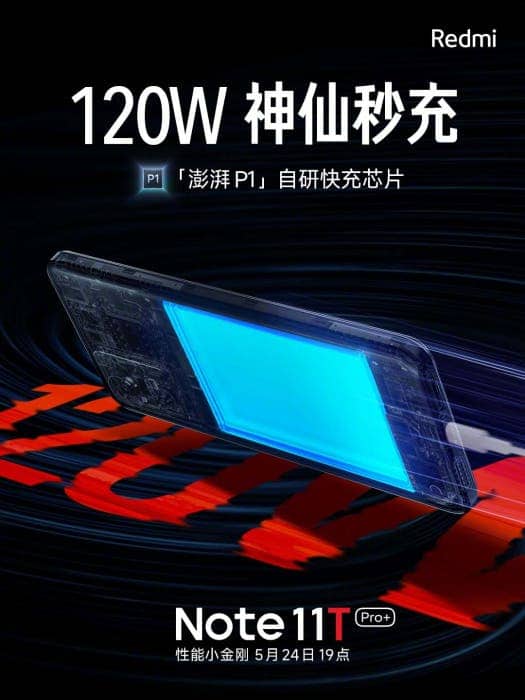 This time, the Redmi Note 11T Pro+ is in the spotlight, which should get an IPS screen with a refresh rate of 144 Hz, a Dimensity 8100 chipset and 120 W fast wired charging with a proprietary Surge P1 chip. It was already known that a 64-megapixel sensor would be the key in the main camera, but today the company clarified that it would be a 1/1.72-inch Samsung GW1 sensor with an f/1.9 aperture.

It is also known that Redmi Note 11T Pro + will receive stereo speakers, NFC and Bluetooth 5.3 support, LPDDR5 RAM and a proprietary MIUI 13 shell. They promise a linear vibration motor, a 3.5 mm headphone jack and a liquid cooling system. 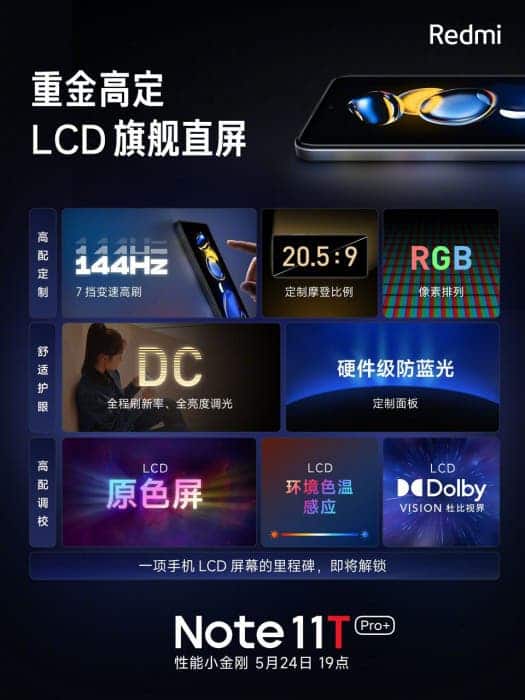 As for Redmi Note 11T Pro, it should differ from the older version with a Dimensity 1300 chip and wired charging power will be 67W. What other differences there will be, we will know for sure tomorrow. By the way, the premiere of Xiaomi Smart Band 7 and the company’s new headphones will also take place tomorrow. 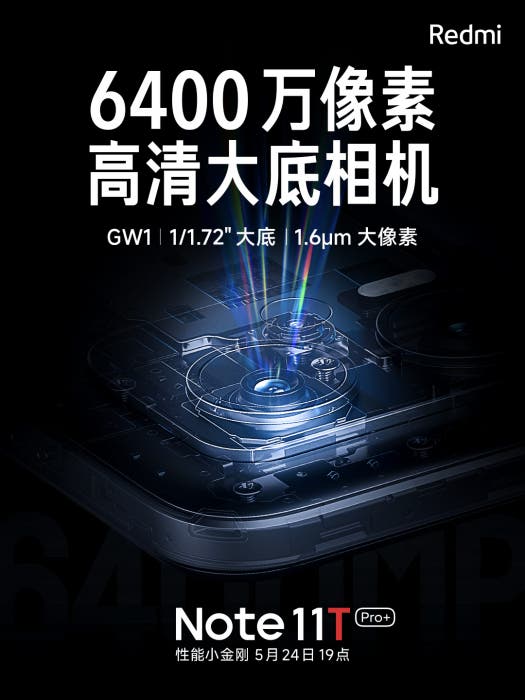 He confirm that Note 11T Pro + will be get a chip of its own design Surge P1. Recall that this is a power controller that debuted in the flagship smartphone Xiaomi 12 Pro.

The smartphone meets the degree of protection IP53, and has protective glass protection on both sides. The case is scratch and drop resistant, strong and durable. The following video shows the tests that “Little King Kong” undergoes before the start of sales.

The main feature of the Surge P1 is that there is no need to use two batteries. The chip provides ultra-fast charging of a single battery. This allows more flexibility in the layout of the smartphone and make it thinner.

In addition, he confirmed that the smartphone will support 120W fast charging.

Prior to this, there was an announcement that the Type-C charging interface received platinum plating for increased durability.

The announcement of the smartphone will take place tomorrow.

Next MediaTek Dimensity 1050 and 930 chips announced