The Sony Bravia X80K smart TV series has been launched in India. The newly-launched series comes with Google TV. Sony has unveiled its latest LCD TV dubbed the Bravia X80K in India. Moreover, the TV will be available in multiple screen sizes. Notably, it will be available in 43-inch and 50-inch variants. Alternatively, you can go for the larger 55-inch, 65-inch, and 75-inch models. However, you can currently only purchase the 55-inch model in India. 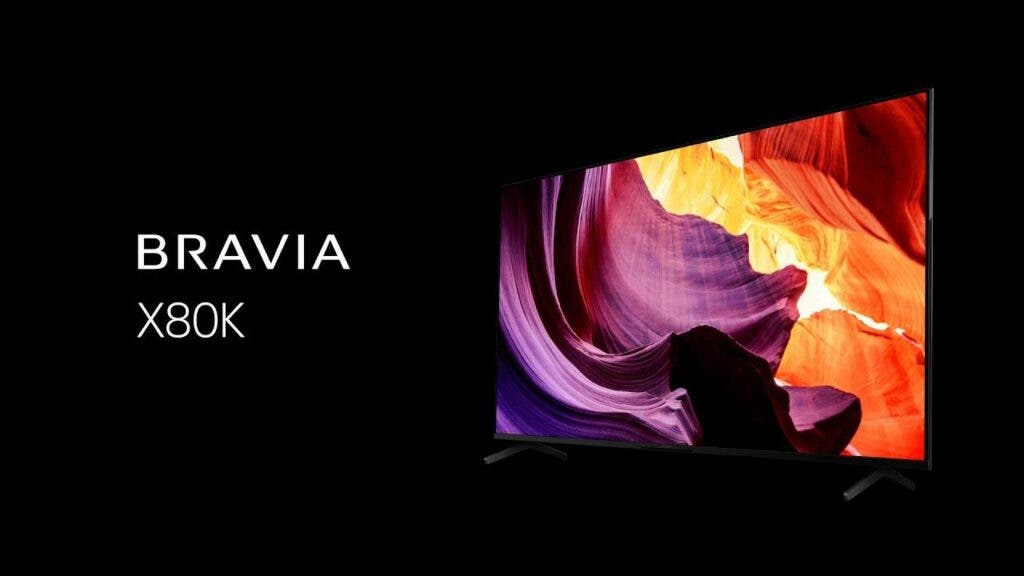 The X80K will be a part of Sony’s Bravia 8-series of LED TVs. Further, the Bravia X80K features a 4K Ultra HD display. It has 20W speakers, Dolby Vision, and a 4K Ultra HD display with an HDR picture processor. Aside from this, the TV comes with HDMI 2.1 and boots Google TV software. It also supports voice assistants from Amazon and Good. Notably, the TV comes with Alexa and Google Assistant. It has a built-in Chromecast and even supports Apple AirPay.

Sony has been on a launch spree in 2022. It kicked off this month by unveiling the LinkBuds S earbuds. Also, it launched the Xperia 10 IV. Now, the Japanese multinational conglomerate company has deviated its focus on India. The reasonably priced X80K smart TV series is likely to gain popularity among Indian consumers. The 55-inch X80K model is available for purchase for INR 94,990. However, this KD-55X80K TV model carries a price tag of INR 129,900 on the Sony India website. You can buy the TV from electronic stores across India, and e-commerce websites.

Read Also:  Nothing Phone (1) Goes Up For Pre-Order In India Via Flipkart

Also, you can purchase it from Sony Centers. Now, the Sony Bravia X80K boasts an impressive array of features. Upfront, the TV has a 4K LCD panel that supports Direct LED backlighting. However, the local dimming isn’t available on this 60Hz display. Nevertheless, the picture output supports HDR formats including HLG and Dolby Vision. Sony adopts its own technologies like X1 4K HDR processor for the TV. Moreover, it comes with a built-in light sensor that optimizes brightness to room conditions.

Another notable technology used is MotionFlow for frame interpolation-based smoothing. Also, the TV has X-Reality Pro for 4K upscaling. As if that weren’t enough, it uses Triluminous Pro for color tuning. The TV also supports Ambient Optimization. This enhances the visual, as well as the sound to match the setting of the room. Notably, the X80K comes with a 2x10W unit with Dolby Atmos. The TV runs Google TV software based on Android 10 OS. It supports Chromecast, hands-free Google Assistant, and a slew of other features.

The new Bravia X80K ships with 16GB of onboard storage. It offers a myriad of connectivity options including Bluetooth 4.2. There’s also dual-band WiFi. Lastly, it has Auto Low Latency Mode and HDMI 2.1 with eARC.

Previous VPN Firms In India Have 2 Choices, Follow The Rules Or Exit The Country

Next Oppo Reno8 Pro 5G Gets BIS Certified, India Launch Around The Corner