Following the official discontinuation of the last-generation Apple iPod touch earlier this month, the entire line of iPods came to an end, and while the rush to collect the remaining units boosted its value slightly, the devices in second-hand continued to experience severe depreciation. According to trade-in price data collected by SellCell from more than 40 independent U.S. resale companies of used digital products, iPods have lost an average of 89 percent in value since their launch, ranging from 98 percent for some models in 2003 to 71 percent for seventh-generation iPod touch models. 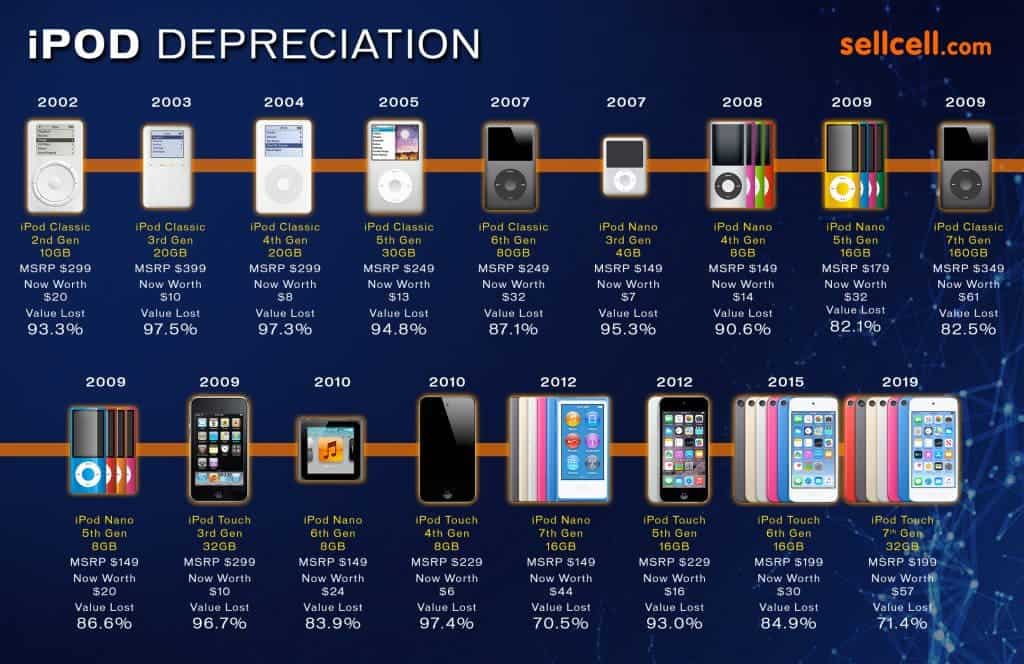 While the average resale value of iPods has remained fairly stable over the past six months, there has been a slight recovery in value of 2.9% since Apple announced the end of production of the last iPod. Data from used iPod price tracking showed that the average depreciation rate on May 1 was 86.3%; falling to 83.4% on May 16. Most notably, the 16GB seventh-generation iPod nano has recovered 13.4% in value since Apple announced the end of the line earlier this month. Some models may see further improvements over time. 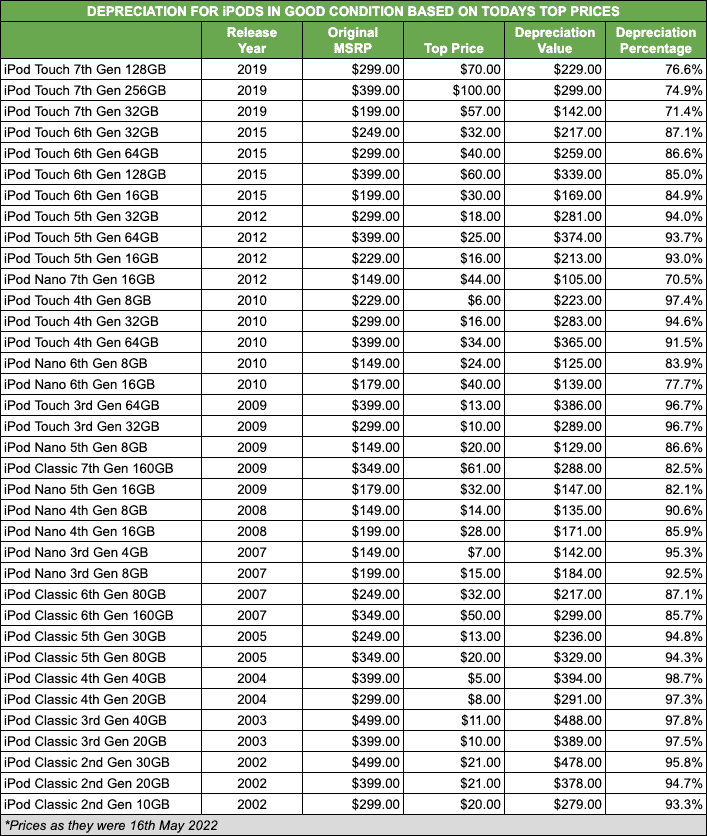 Overall, the data suggests that most used iPods will continue to depreciate over time. That means now might be a good time to sell a used iPod; especially as interest in the device increases; there will be some rebound in value and possibly further increases in the coming weeks. The exact impact of Apple’s decision to discontinue the iPod on the resale value of used devices will become clearer in the coming months.

Cheapest iOS device has not been updated for about three years

iOS 7 Unveiled – Everything you need to know!