Since 2022, we have witnessed the death of a number of well-known Internet platforms, technology products, and physical stores. Some of them could not survive, some took the initiative to leave China, some were replaced, and some were honourably laid off. In this article, we take a look at ten popular internet products that did not survive 2022. While some are hardware, others are software.

In 2001, Jobs famously said at a launch event, “Put 1,000 songs in your pocket”. At the time, many people didn’t understand why Apple wanted to make a “music player”. According to “Jobs Biography”, for Apple, which makes the most high-end computers, to produce MP3 players is like Ferrari’s announcement of the production of baby strollers – and to install a program (iTunes) on the computer before using the stroller.

In hindsight, however, the act is credited with saving Apple. The iPod brought huge revenue, and more importantly, the “iPod+iTunes” model inspired the later “iPhone+Apple Music”. Since then, listening habits have changed forever—before the iPod, CDs account for more than 80 per cent of US music revenue.

Before the iPod was declared dead, a total of 400 million iPods were sold worldwide. It’s the world’s most popular digital music player, with 35 billion songs sold. Apple did make a flattering impression. Studies show that the iPod is not only an “addictive drug”, but also has a “halo effect”. This makes PC users turn to other Apple products, such as MacBooks.

However, the iPod soon became a somewhat awkward addition to Apple’s lineup. This also led to its end-of-life prelude starting very early. After the release of the iPhone 4, the phone could fully replace the iPod in functionality – by 2014, the iPod Classic with its iconic “click wheel” was discontinued. Three years later, the iPod Shuffle and the iPod Nano were phased out, leaving only the seventh-generation iPod Touch — the closest iPod to a smartphone — until it was discontinued in 2022.

In 1995, there were several internet products hit the public domain. We had the launch of the Java language, eBay and Amazon, and the opening of Internet access nodes in Beijing and Shanghai. In addition, we also had the debut of Internet Explorer 1.0. At the beginning of the 21st century, IE once controlled 95% of the browser market through various means. In the next few years, many people will be exposed to the Internet for the first time through the classic blue “E” logo. After 27 years, the browser’s original overlord comes to an end. 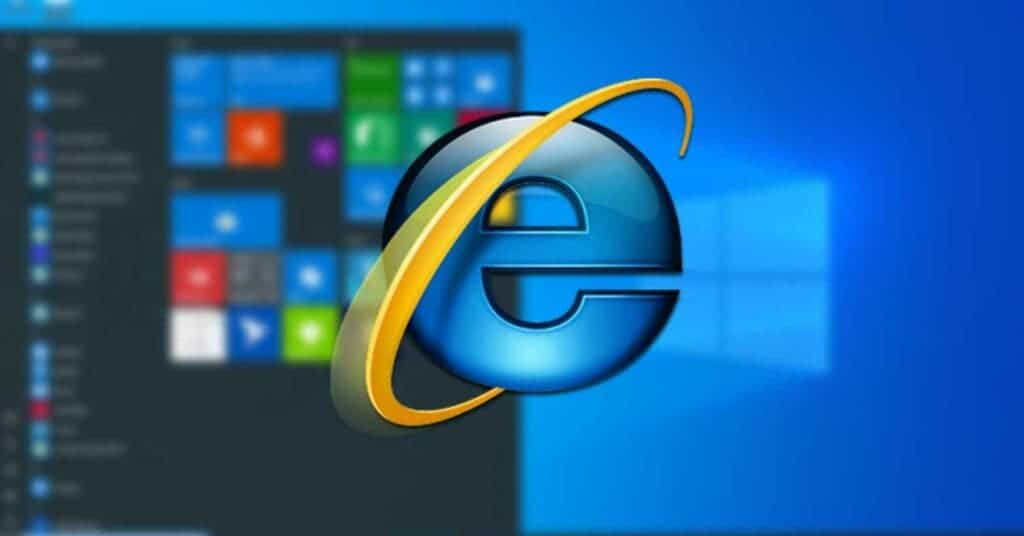 In fact, IE’s funeral song has been sung for many years. As early as IE6.0, it has not been updated for up to 4 years. At that time, many websites could only be opened with IE, but it was full of loopholes, poor web page rendering and slow response. This inspired a lot of calls for “IE to die”.

In China, because the use of pirated WindowsXP systems is very common, the built-in IE6 has become a long-lasting Internet memory for a generation. Even in 2009, when IE was dying, one out of every ten computers in the world was still running IE6. IE’s story is like a hero who fought a dragon and ended up being a dragon. Looking at it now, IE, which has been widely used but lacked careful maintenance for a long time, has hindered the development of the Internet to some extent.

When he saw the CD business quickly being replaced by the iPod, Amazon founder Jeff Bezos immediately decided that books must also be digitized, “just as Apple controls the music business”. For the first-generation Kindle in 2007, the media did call it “the iPod of reading”. Subsequently, the Kindle, like the iPod, captured a large market and became synonymous with e-readers. 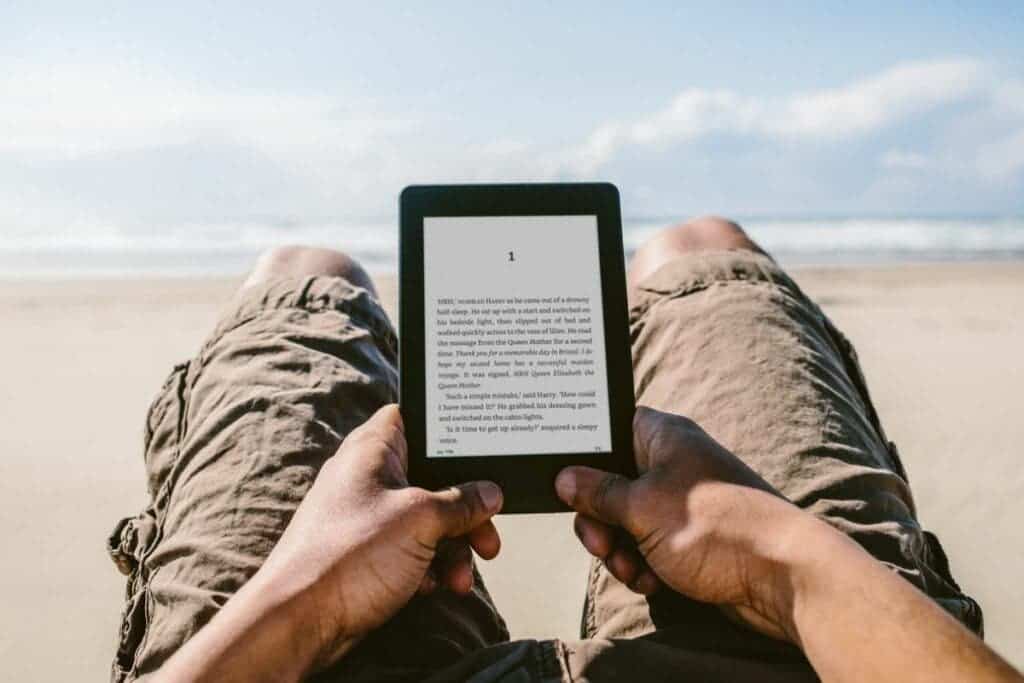 At the first-generation launch, Bezos introduced the Kindle, “not a device, but a service”. According to research firm iSuppli, a $79 Kindle costs $84.25 to make. In other words, the Kindle model is to sell hardware at a loss and make money from services and content.

But this model does not seem to work in China. In China, people can easily find free or low-cost electronic resources. Also, in comparison, the Kindle Store has no price advantage. In addition, the state stipulates that exclusive e-books cannot be directly published, and Kindle also loses its original publishing advantages.

So, unlike what Bezos expect, for many Chinese, the Kindle has nothing to do with the Kindle store but is just a carrier for reading free e-books – comfortable to read and light to hold.

Of course, the Kindle is not unpopular in China in terms of devices. Data from market research firm Counterpoint shows that in 2021, Kindle will account for 65% of China’s e-reader market, far ahead of Xiaomi’s Duokan e-books and Palm Reading Technology’s iReader, the latter two taking 10% of the market. However, other data shows that only 8.4% of Chinese adults tend to “read with e-readers”. More people tend to “read with a paper book” (45.6%) and “read on mobile phones” (30.5%).

Almost from the very beginning, Airbnb’s ambition was not just to be a short-term rental platform. The internet product aims to develop new ways of travel, and even bring people closer. Jonathan Mildenhall, then 2014-2017 chief marketing officer, once explained that Airbnb’s own properties already contain an element of unease — people’s misgivings about strangers, but Airbnb wants to be a platform for delivering kindness.

In order to promote mutual trust between strangers, Airbnb has done some “silly” things. It has a news program that broadcasts only positive news. In 2016, Airbnb was preparing to expand its presence in China. At that time, the prediction was that “in 2020, China will become the largest source country for Airbnb”, and “by 2030, China will surpass France to become the largest destination country in the world”.

But that blueprint is now dying. In the first quarter of 2022, Airbnb’s revenue hit $1.5 billion, a 70% increase year-on-year. But accommodation and experience bookings in mainland China typically make up only about 1% of Airbnb’s overall revenue, as the pandemic hits again.

Airbnb in China is often criticized for not understanding the Chinese market. For example, Alipay and WeChat payments could not be used earlier. Customers want to complain that there is no 24-hour customer service, so they can only write emails. Also, the platform is slow to provide management tools for hosts. After officially entering the Chinese mainland market in 2016, Airbnb has changed 6 consecutive Chinese business leaders within two years. Since the last president resigned on September 30, 2021, the position of “China President” has been vacant.

Another prominent internet product that couldn’t make it is Yahoo China. After Alibaba acquired Yahoo China, Jack Ma once made a bold statement: “In three years, in China, search will be Yahoo, and Yahoo will be search”. However, due to internal contradictions at Yahoo and the management’s “stupid move”, this great cause has not been realized. And many post-00s may not remember that Yahoo was the founder of the Internet portal and the world’s number one search portal. In the 2000s, Yahoo once occupied more than 20% of the Chinese search market.

This time, Yahoo’s departure is largely symbolic, since as early as 2013, Yahoo had closed down its main services in China, including email, news, community services and so on.

NRC (Nike Running Club) is another internet product that didn’t make it. This is an app owned by Nike that tracks running records and provides running courses. Official data shows that NRC has more than 8 million registered users in mainland China. However, this time Nike stopped NRC operations, not to give up the Chinese market. In the future, Nike will provide services in the field of running through the NTC (Nike Training Club) WeChat applet, which is considered to be a transformation of localization in China.

Rong e-gou is an e-commerce internet product launched by ICBC, covering more than a dozen categories including digital home appliances, automobiles, financial products, clothing, shoes and hats, food and beverages. It is the second bank-based e-commerce company to announce its closure in 2022, following the PC mall owned by Minsheng Bank. In addition, e-commerce companies such as Agricultural Bank and China Construction Bank have also announced the replacement of operating entities in 2022.

According to the Economic Information Daily, from 2016 to 2018, the annual transaction volume of e-commerce purchases exceeded 1 trillion yuan, and the transaction volume in 2018 was second only to Taobao and JD.com. At the end of 2019, the number of users of Rong-e shopping reached 146 million.

However, bank-based e-commerce companies have always faced bottlenecks. They have not been able to carry out the same promotions as Pinduoduo, JD.com, and Taobao. According to the “Consumption Rating List” released by the E-commerce Research Center of Netease in 2019. In addition, other bank-based e-commerce companies, such as Bank of China Smart Shopping and CCB Shanrong Business have also received a large number of complaints

Under the tide of offline store closures since 2020, the old Danish menswear brand SELECTED also announced that it will withdraw from China. It currently has more than 1,300 stores in China, and the official Tmall flagship store has 4.06 million fans. The Lingzhi Group, a subsidiary of Slade, said that the closing of the store was due to the high incidence of the epidemic, the weakening of the offline market and the difficulty to reduce rental costs.

Samsung Display used to be the world’s largest LCD panel supplier. It used to be the leader in the LCD panel market with a market share of 25%, but it took the initiative to withdraw from the fierce competition with its Chinese counterparts, and it will shrink to about 2% in 2022. Samsung Display originally planned to officially withdraw from the LCD business in 2020, but the sudden outbreak of COVID-19 boosted the home economy and increased demand for TVs, delaying this plan. 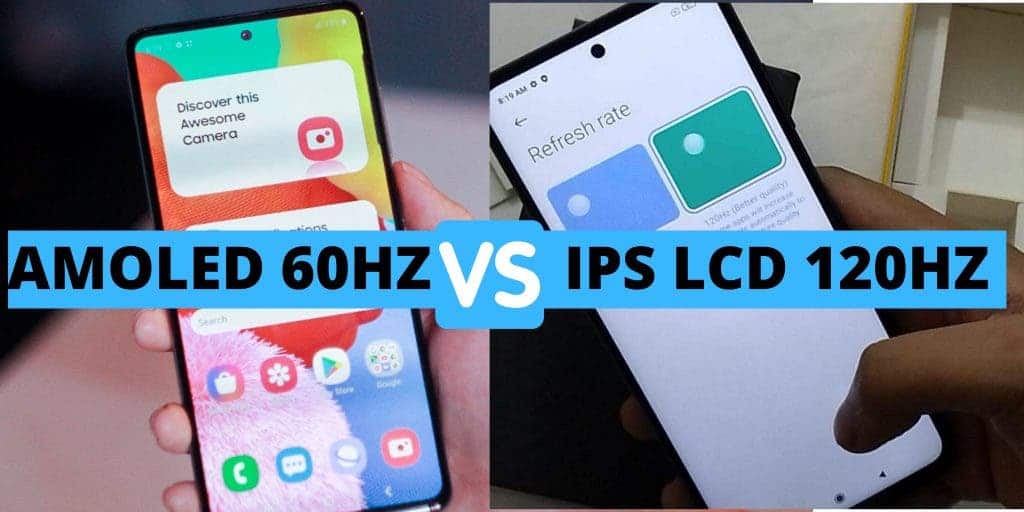 Monki is a girly fast fashion brand under the H&M Group. The price of ready-to-wear clothing is less than 300 yuan, and it can usually be bought at a discount of tens of yuan. Monki’s exit from China is the latest example of the low-price fast-fashion ebbing tide. Previously, Forever21, Topshop, Bershka, Pull & Bear and other brands have left China one after another, and the expansion speed of H&M and ZARA is not as fast as before. Two major brands, ZARA and H&M, are increasing the proportion of high-end products. In the past two years, H&M’s high-end line COS has continued to expand stores in first-tier and new first-tier cities.