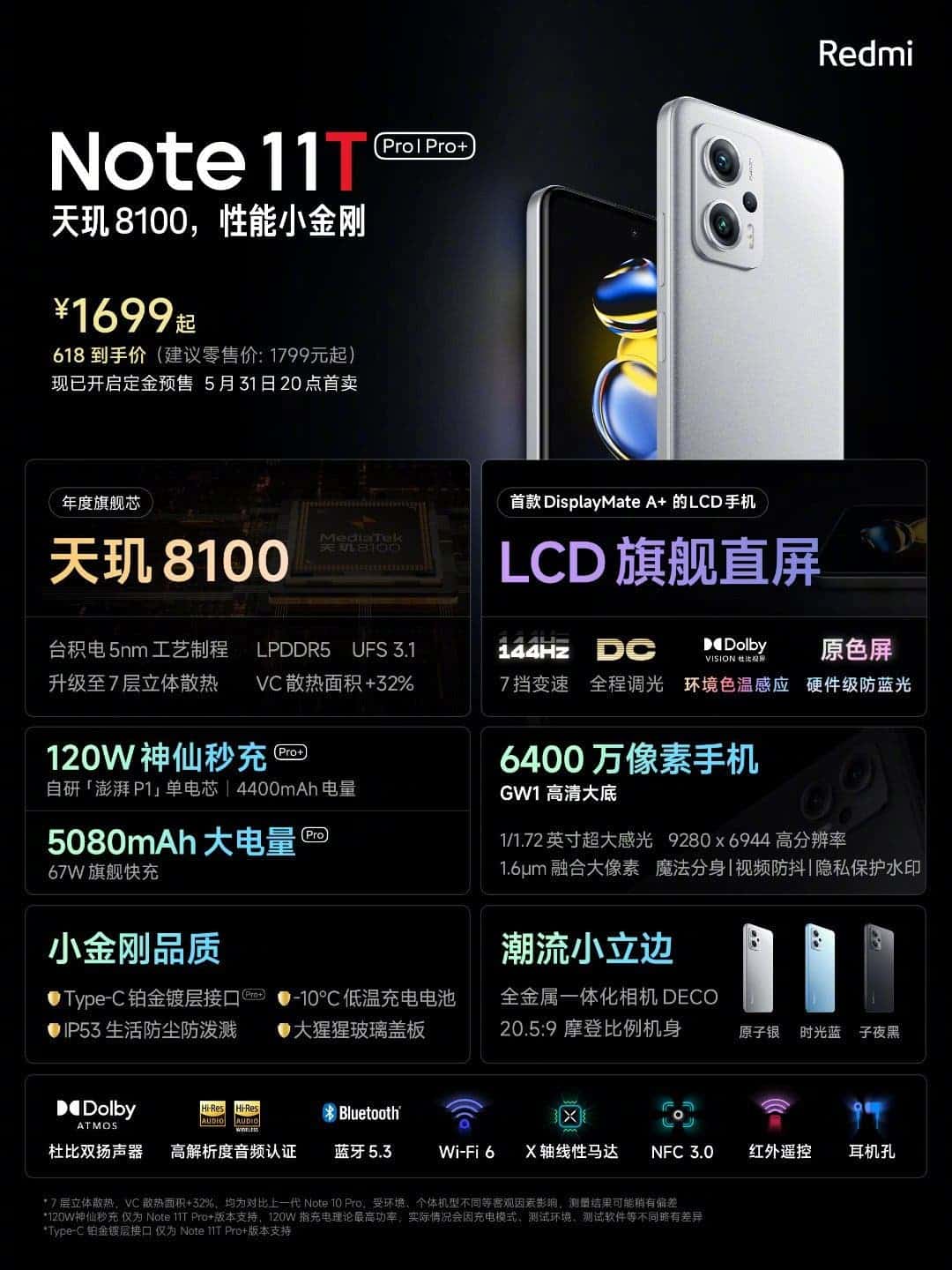 They will start shipping on May 31. 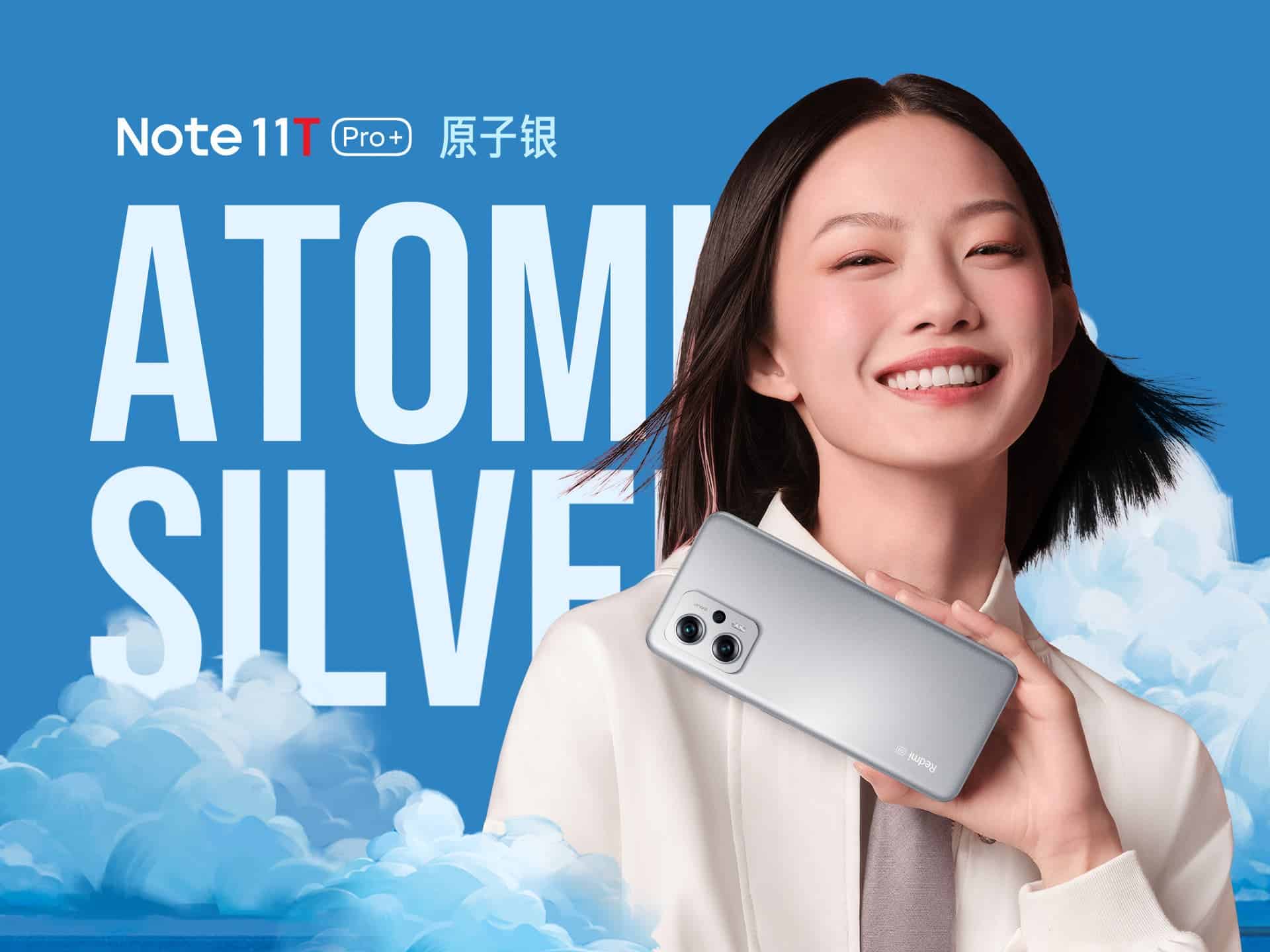 The phone is available in atomic silver, time blue, and midnight black colors.

One of the biggest advantages of the Redmi Note series is that it debuts LPDDR5 memory technology. As for hardware, the Redmi Note 11T Pro series comes with the Dimensity 8100 chip. Due to the comprehensive upgrade of technology and architecture, the phone’s video editing capability is increased by 200%. This chip is based on TSMC’s 5nm process and consists of 4 Cortex-A78 cores with a main frequency of 2.85GHz and 4 Cortex-A55 with the main frequency of 2.0GHz. It also integrates the Mali-G610 MC6 GPU. 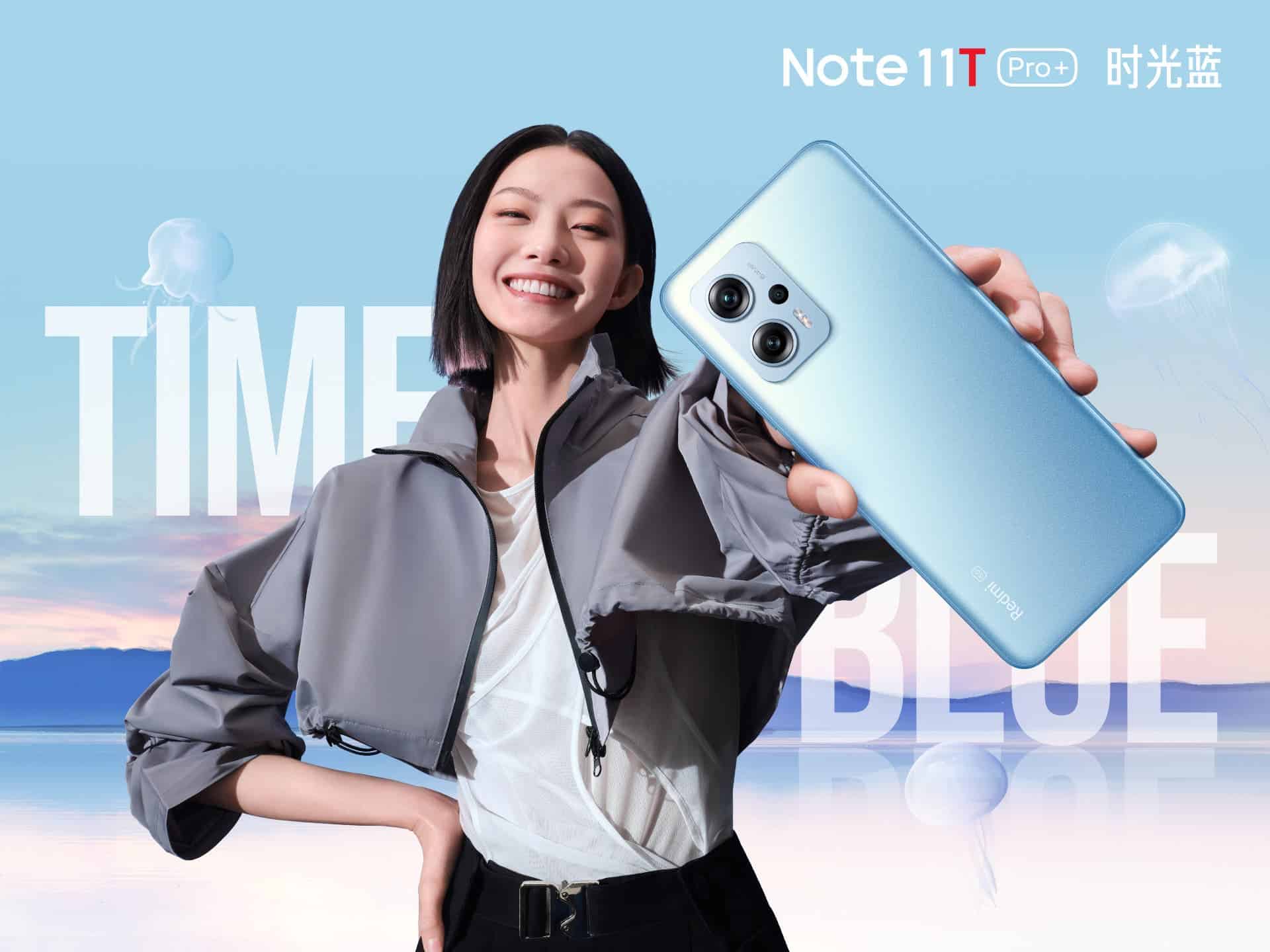 Other than that, the Redmi Note 11T Pro+ uses an in-house made Surge P1 fast charging chip. The latter provides a 120W charging output. So it only takes 19 minutes to charge the 4400mAh battery from 0% to 100%.

The rest of the features include up to 512GB of memory, multi-function NFC 3.0, X-axis linear motor, Dolby stereo dual speakers, MIUI 13, and more.

In terms of camera, the Redmi Note 11T Pro+ comes with a 64-megapixel outsole main camera. The latter has a 1/1.72″ unit size and supports 4-in-1 1.6μm pixel size. There is also an 8MP ultra-wide-angle lens with a 120° FOV. The 2MP sensor is for macro shooting. In fact, this camera has a number of outstanding and useful features support, including super image stabilization for video recording, privacy protection watermarks, AI beauty, vlogging features, 4K video, etc.

On the opposite side, we can find a 16MP HD camera, which supports AI beauty, AI watermark, face recognition, etc.

This version comes with the same Dimensity 8100 flagship chip. As the company said, this version is comparable to the flagship Redmi K50. Also, it provides a long battery life of up to 1.32 days. Thus, it far surpasses the iPhone 13 Pro Max. The 5080mAh battery of this model supports 67W fast charging. 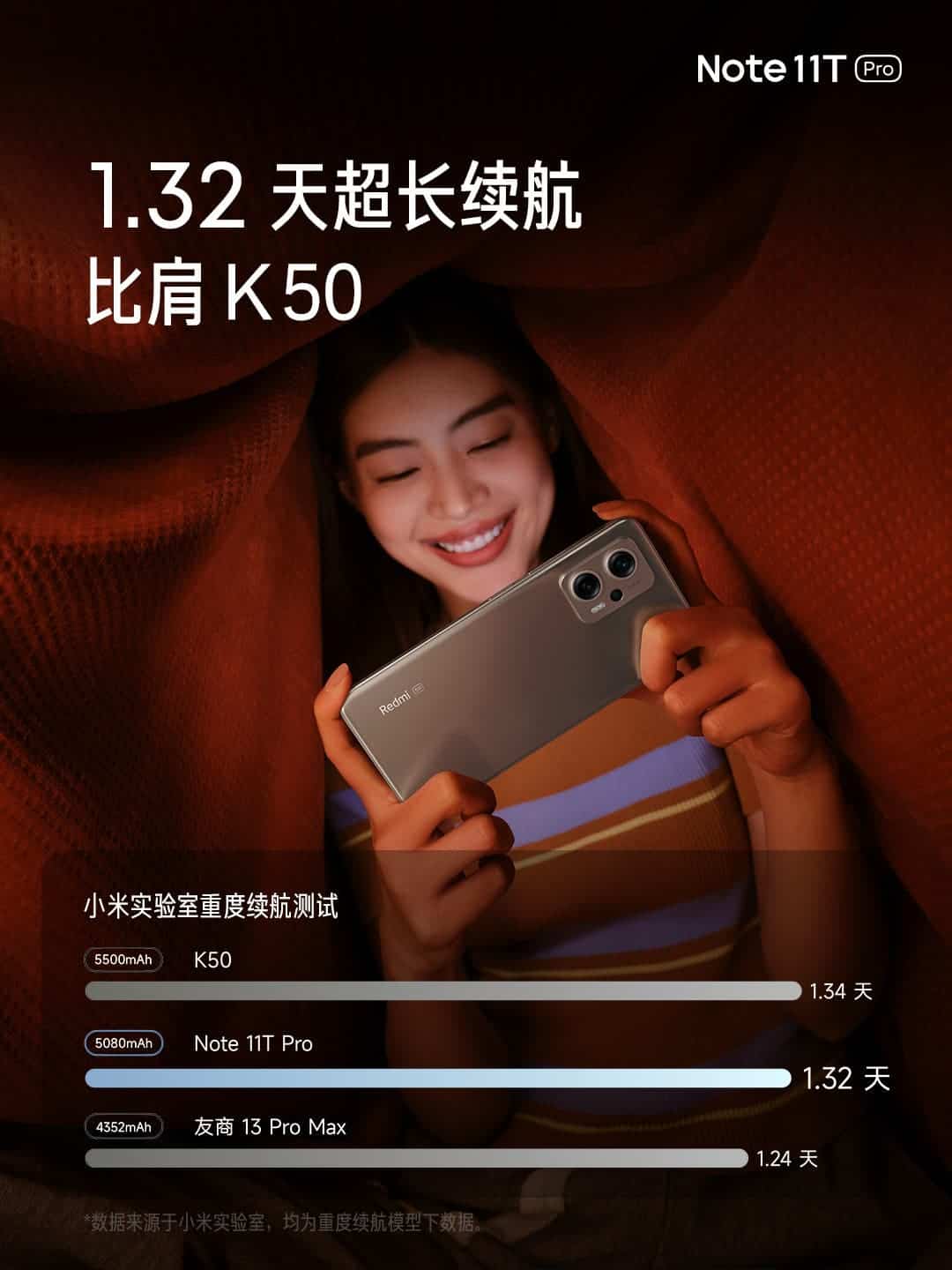 The rest of the features remain unchanged. 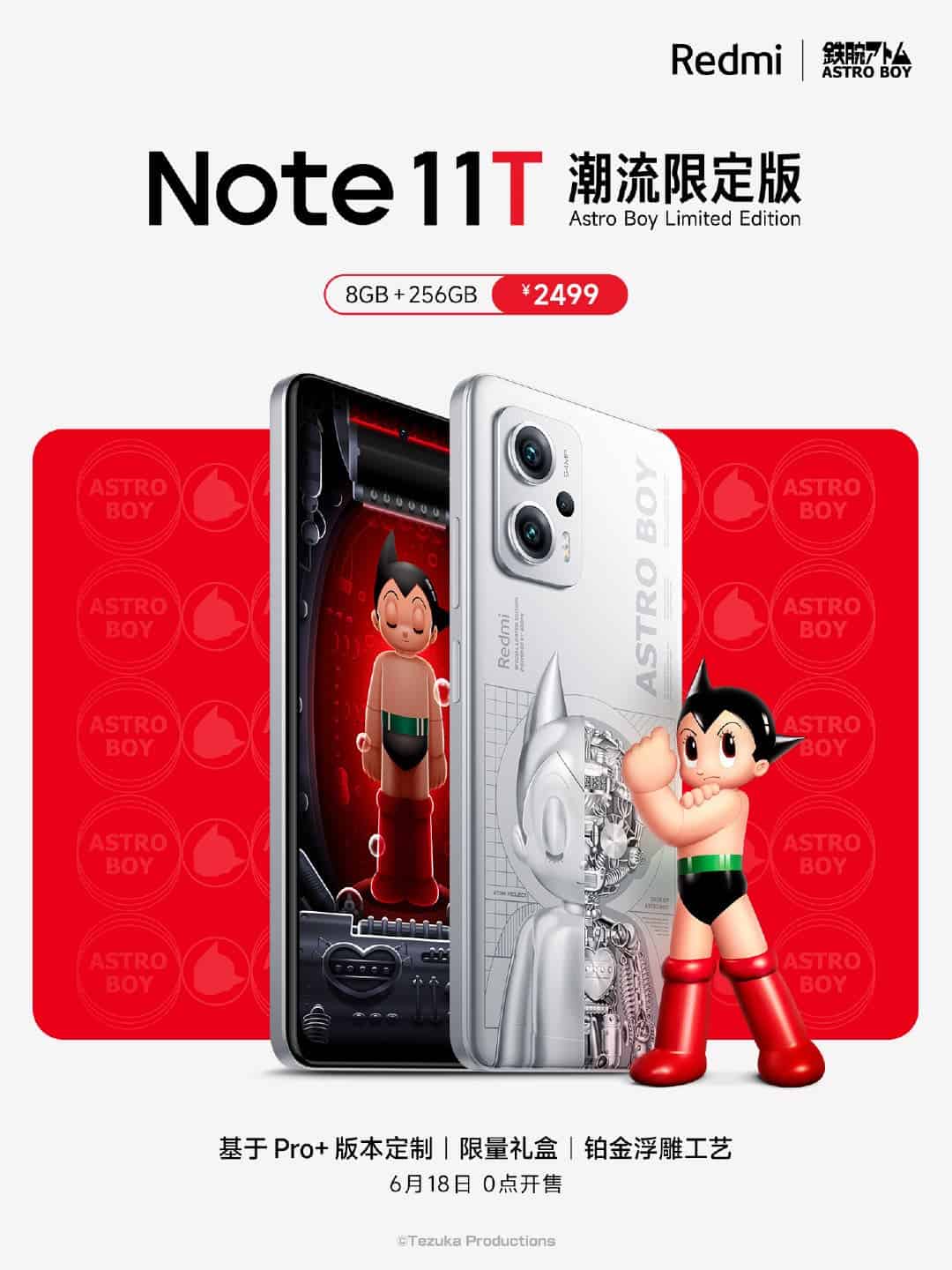 Xiaomi’s First 200MP Camera Phone Is Out, Starting At 749 Euros