After years stepping behind Qualcomm, MediaTek managed to do a major overhaul in its chipset lineup through the Dimensity series. After very successful iterations of 5G SoCs, the company conquered the smartphone makers, in special with its Dimensity 1200 SoC. We saw several brands migrating to MediaTek chips last year, hence the company became the world’s top chipset maker. With its confidence renewed, the Taiwanese chipmaker decided to move forward and make its big return to the flagship segment. The company unveiled the MediaTek Dimensity 9000 which is the company’s most ambitious chipset. Unlike previous “crazy” offerings such as the Helio X10 with 10x ARM Cortex-A53 cores, the Dimensity 9000 is really on par with the current offerings in all aspects like 4 nm manufacturing and ARMv9 architecture. While this chip will take on the flagship segment, MediaTek has something else to succeed the Dimensity 1200 in the cost-effective flagship segment. Today, the company has officially revealed its Dimensity 8000 and Dimensity 8100 platforms.

While the Dimensity 9000 will be focused on the premium segment, the company will keep its tradition of offering cheaper alternatives with the Dimensity 8000 and 8100. Although they’re more affordable, they still come with compelling specs and modern architecture. For example, both are 5 nm chips built on the TSMC’s manufacturing process. Both are similar, but the Dimensity 8100 is definitively the best one with a higher clock speed. The company even unveiled a Dimensity 1300 which should take on the Dimensity 1200, and may figure as a massive candidate for super-mid-range smartphones. 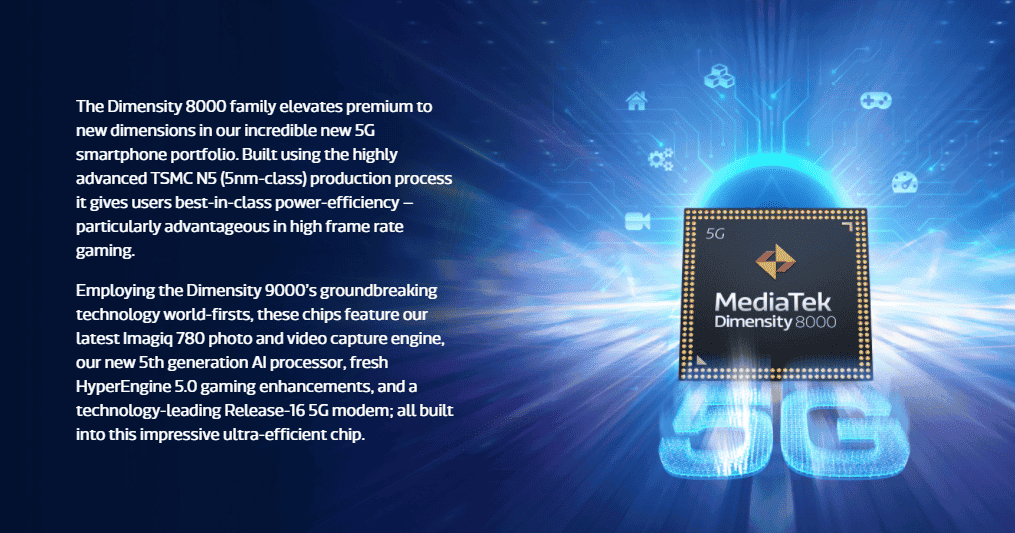 The chips also feature Imagiq 780 ISP that can handle 5 gigapixels per second and record HDR video from two cameras at the same time. Furthermore, it can record 4 K @ 60 fps HDR 10+ content with one camera. The ISP can handle cameras with up to 200 MP cameras, natively supports 2 x lossless zoom and AI-powered noise reduction as well as HDR imaging.

In terms of connectivity, these chips are 5G-ready. They come with two carrier aggregations for up to 200 MHz of bandwidth. It allows for up to 4.7 Gbps download speeds. The modem supports 5G + 5G Dual Sim, Dual Standby mode. For local networks, it supports Wi-Fi 6E, Bluetooth 5.3, and Bluetooth LE Audio with Dual-Link True Wireless Stereo Audio. For positioning, it comes with Beidou’s new B1C frequency. 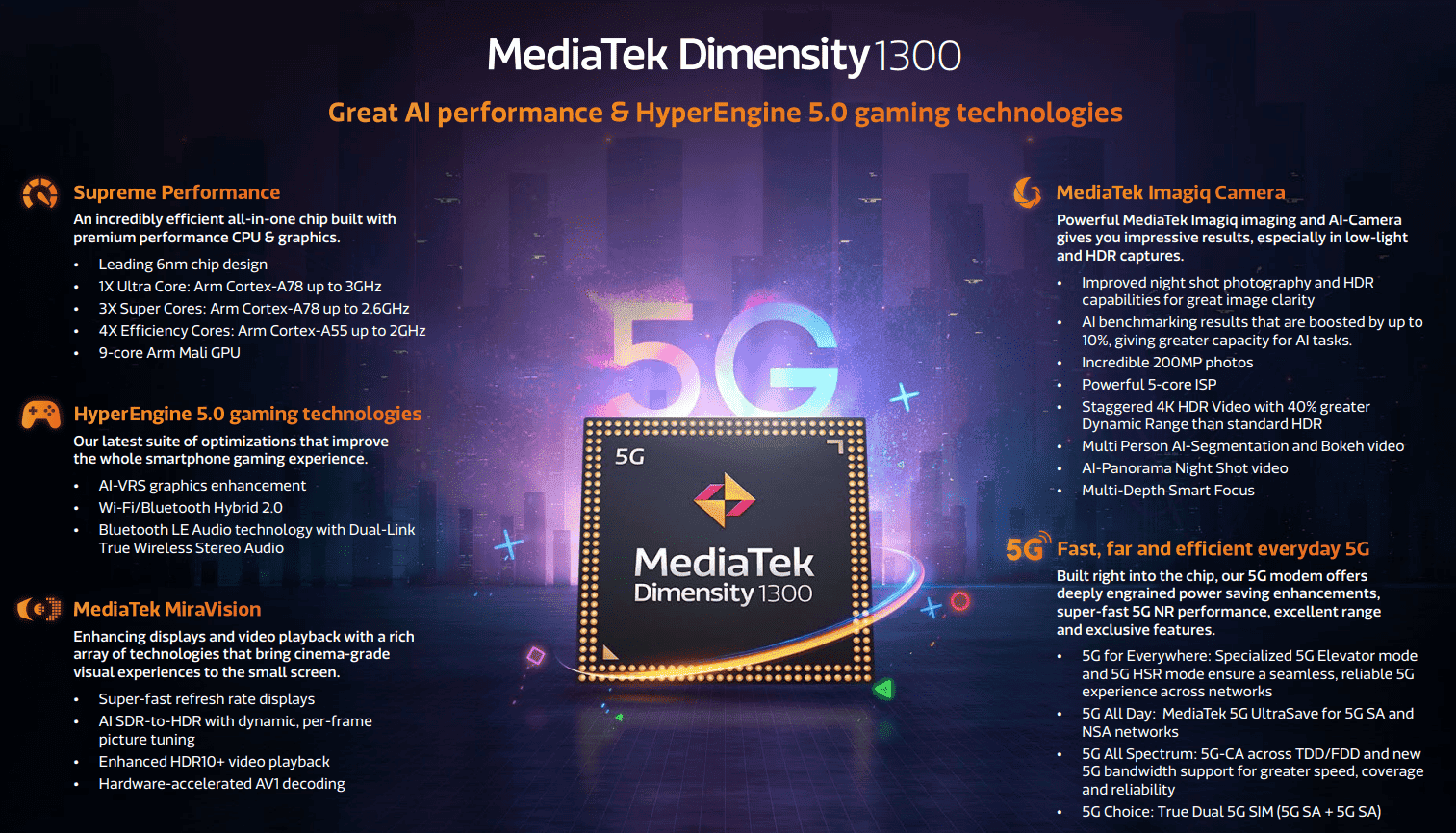 According to MediaTek, the first phones with Dimensity 1300, 8000, and Dimensity 8100 will appear in the first quarter of 2022. As a result, we expect a lot of smartphones to be released this month with these chipsets. One of the Redmi K50 models is expected to bring the Dimensity 8100. Additionally, Realme is working on a Realme GT Neo3 that may use the same chipset.