It’s almost June, and it’s not far from Apple’s autumn conference. According to the current news, the iPhone 14 series may bring four models including iPhone 14, iPhone 14 Max, iPhone 14 Pro, and iPhone 14 Pro Max. The renderings of the new phone were also exposed some time ago. Just like the information that has been making the rounds, the iPhone 14 Pro series will now use a dual punch-hole display. It will combine the regular pin punch hole with a pill-shape punch hole. The industry loosely calls this design the “exclamation mark” punch-hole display. 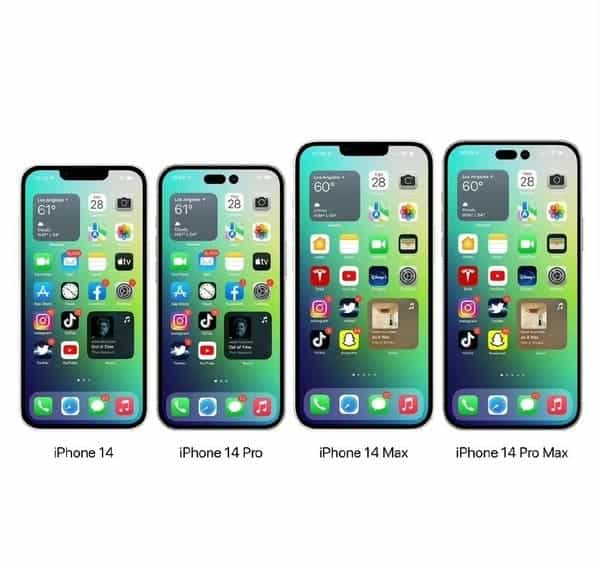 In addition, this will be the first iPhone series to have a Max model. However, since its introduction is maiden, there will be some delays. There are reports that the iPhone 14 Max will not enter mass production until late August. The new iPhone lineup may be announced at the Apple conference in September. 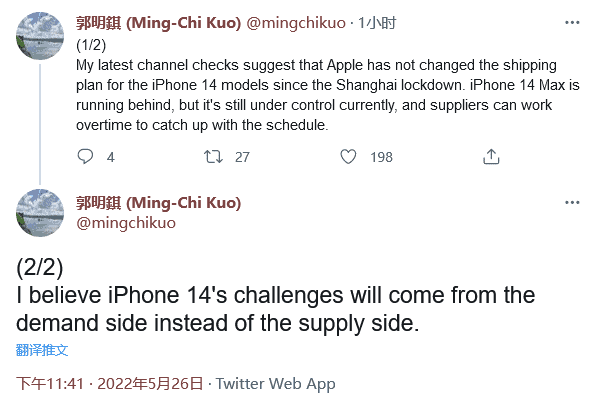 Analyst Ming-Chi Kuo said that according to supply chain information, Apple will not change the iPhone 14 release plan. Although the iPhone 14 Max production is behind schedule, it is still under control. Furthermore, suppliers can work overtime to catch up with the release schedule. However, if the demand is high, it will still cause shortages.

Regarding the iPhone 14 series, there have been several leaks and speculations. Among them, the two models in the iPhone 14 Pro series are completely the same in appearance. The ancestral iron bangs are now a thing of the past for the Pro models. While the single pin punch hole is for the camera, the pill-shape punch hole will be for the Face ID component. 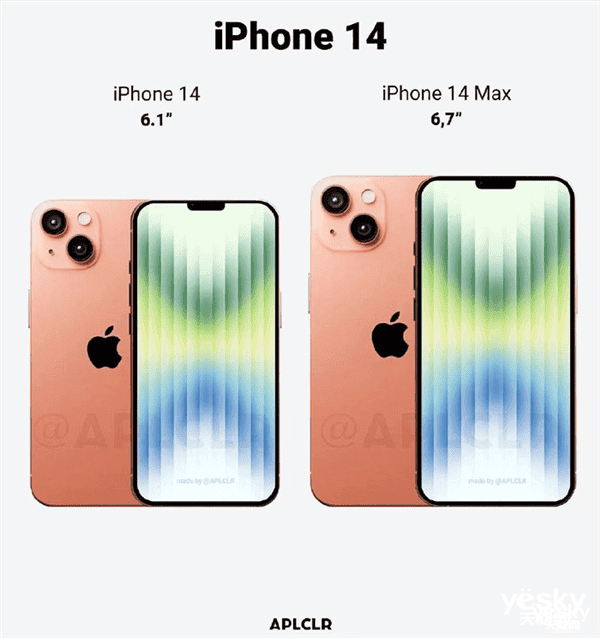 The iPhone 14 Max will offer longer battery life, thanks to new and more efficient 5G chips. According to reports, the 5G radio frequency chip of the iPhone 14 uses TSMC’s 6nm process. The chip size is smaller and the power consumption is lower. The 6nm RF process enables chips to use less power on the sub-6GHz and mmWave 5G bands while still delivering high levels of performance.

This design has also been confirmed in the Apple Pay advertisement published by Apple Thailand on YouTube. In terms of screen parameters, the iPhone 14 Pro and iPhone 14 Pro Max use 6.1-inch and 6.7-inch screens respectively. These smartphones will also come with a 120Hz ProMotion adaptive high refresh screen. 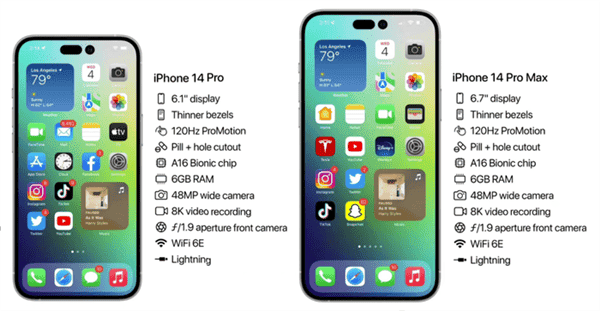 In the camera department, the iPhone 14 Pro series uses a 48-megapixel lens. This is an upgrade from the ancestral 12-megapixel lens. Furthermore, this better lens also supports 8K video recording. In addition, the Pro series will come with the latest generation of Apple processors, the A16 Bionic.

As for the two models of the iPhone 14 series, they still use the notch design and support Face ID facial recognition. The screen size reaches 7 inches, with a resolution of 2778 x 1284, 458PPI, and a screen refresh rate of 90Hz. On the processor, the iPhone 14 Max still uses the A15 Bionic. However, the memory upgrades to 6GB LPDDR4X and the storage is available in 128GB and 256GB versions. While Ming-Chi Kuo claims all iPhone 14 models will come with 6GB memory, the iPhone 14 Pro and Pro Max will have LPDDR 5 memory. This is 1.5 times faster and 30 per cent more energy efficient. However, the iPhone 14 Max camera did not escape the ancestral 12MP camera.

Although there is an increase in price, these smartphone comes with a different appearance. Thus, whether or not it will be attractive for users remains to be seen.

Next Nokia CEO believes 6G will contribute to smartphones' obsolescence