The Oppo Reno 8 smartphone’s India launch date is still under wraps. However, the rumor mill is still churning out all sorts of speculations. It will be the latest entrant in Oppo’s Reno series. Now, the Oppo Reno 8 is reportedly on the verge of launching in India. Further, the comprise will include two smartphones including Reno 8 and Reno 8 Pro. Despite the lack of an official confirmation, details about the Oppo Reno 8 have surfaced online.

Notably, the Oppo Reno 8 RAM, storage, and color variants have been revealed. To recap, Oppo launched the Reno 8 series in China last month. The Chinese consumer electronics giant announced the K10 4G smartphone in India in March. Moreover, Oppo India is reportedly prepping to launch a K-series 5G phone in the country. This 5G-ready handset could arrive in India early as next week. Now, tipster Paras Guglani claims that Oppo is gearing up to launch the Reno 8 in India in the coming days.

In other words, Oppo India is on a launch spree. The Indian version of the Reno 8 could come in two configurations. There will be an 8GB RAM + 128GB storage model. Alternatively, you can go for the larger 8GB RAM + 256GB storage variant. Further, the Oppo Reno 8 will be available in Shimmer Blue and Shimmer Black color options. The Reno 8 series smartphones have been subject to a lot of speculations. For instance, the Chinese Reno 8 Pro and Reno 8 Pro+ models could launch in India with different monikers.

Past leaks claim that the aforesaid handsets will launch in India as Oppo Reno 8 and Oppo Reno 8 Pro. However, this is mere speculation, and readers are advised to take it with a pinch of salt. Interestingly, Oppo is still mum on the smartphone’s specifications. Moreover, the brand has not confirmed that Reno 8 series is headed to India. Nevertheless, the Chinese variant boasts an impressive array of features and decent specs. First off, it sports a 6.43-inch AMOLED display with a Full-HD+ resolution. 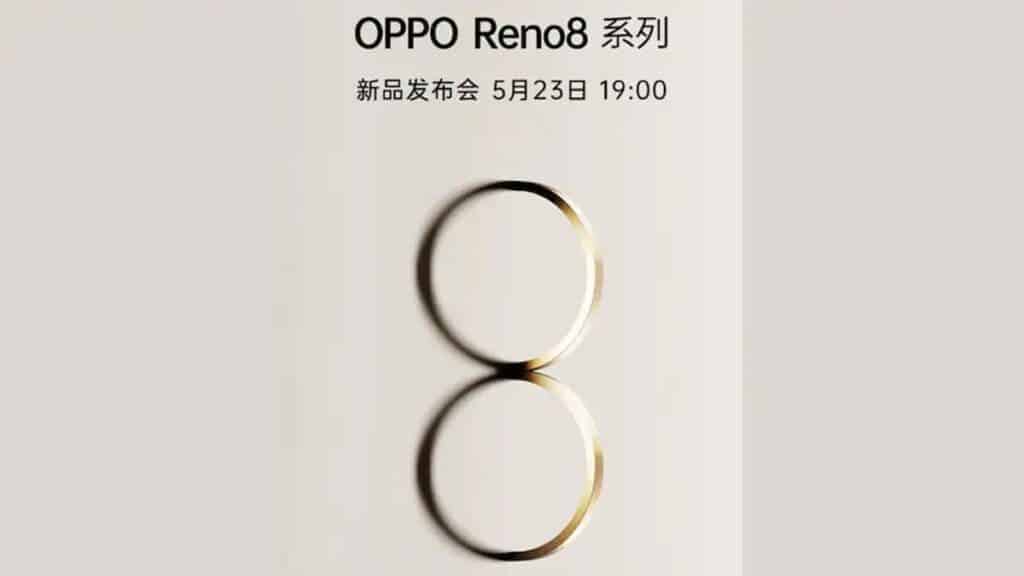 This screen offers a decent refresh rate of 90Hz. Moreover, the Oppo Reno 8 runs on Android 12 with ColorOS 12.1 skin on top. Under the hood, the phone packs an octa-core MediaTek Dimensity 1300 SoC. Further, it ships with up to 12GB of RAM. In the photography department, the Reno 8 houses a triple rear camera setup. There is a 50MP primary sensor with an f/1.8 aperture lens. Also, it houses a 2MP monochrome camera with an f/2.4 aperture lens. Lastly, the phone has a 2MP macro camera with an f/2.4 aperture lens.

Upfront, the phone houses a 32MP shooter for selfies and video calling. As per a report by Gadgets 360, the selfie camera has an f/2.4 aperture lens. The phone also offers a hearty up to 256GB of UFS 3.1 inbuilt storage. It has a USB Type-C port for charging and data transfer. It supports NFC, GPS/ A-GPS, and Bluetooth v5.3. Moreover, the Reno 8 comes with support for Wi-Fi 6, 4G LTE, and 5G. It has an in-display fingerprint sensor. The phone packs a 4,500mAh battery with 80W Super Flash Charge fast charging.

Previous Oppo A57 Price In India, Key Specs Tipped Ahead Of Launch

Next Google Meet and Google Duo To Merge Into One Soon