Earlier this week, Apple unveiled a new round of OS versions during its Worldwide Developer Conference. The company presented iOS 16, iPadOS 16, macOS Ventura, watchOS 9, and more. The Cupertino firm also used the stage to reveal the new ARM-based Apple M2 which officially kicks in the second generation for these chips. It also unveiled new MacBooks, but we have to say that the new Operating Systems were the big stars. After all, they keep stealing the headlines as the developers find new features that weren’t revealed during the keynote. Just recently, an app developer revealed that iOS 16 brings native support for the Nintendo Switch Joy-Cons. Now, a new finding brings some bad news for iPad users.

Apple’s iOS 16 focuses on lock screen customization, but also brings some neat features. There are dozens of enhancements for existing iOS features. Apple gave special attention to the HomeKit. The new iOS 16 brings a revamped Home App ahead of the Matter standard launch. One of the key aspects of HomeKit is having a home hub, which allows for features like out-of-home control, automation, and more. In the past, Apple has been allowing the HomePod, Apple TV, and iPad devices to serve as home hubs. However, with the release of iOS and iPadOS 16, the iPads will no longer attend the HomeKit party. 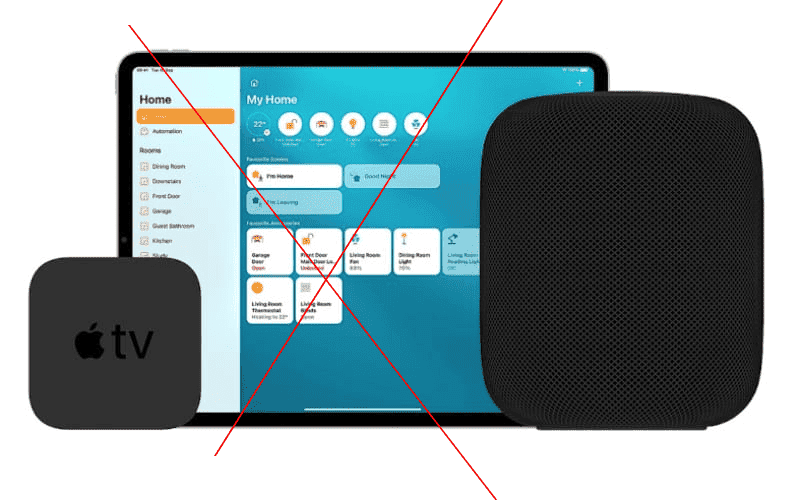 Apple’s website now indicates that the new Home App and associated features in iOS and iPadOS 16 require a home hub, including sharing a home and receiving Home Notifications. In addition to that, Apple is also clarifying what counts as a home hub. It states: “Only Apple TV and HomePod are supported as home hubs”.

Read Also:  Apple's M2-packed Macbooks will be available in the UAE for Dh4,999

Therefore, for those who want to use HomeKit features like control while out of your home, sharing Home access, and setting up automation, you’ll need to have a HomePod, HomePod mini, or Apple TV on your home networks. As you can see, the iPad is no longer a part of this list. Apple is yet to provide an explanation for this change. However, it won’t come as too much of a surprise who have tried to rely solely on an iPad to serve as their HomeKit home hub. The big deal is to always be connected with your home.

The former iPad integration was useful for some users, but not for all of them. After all, HomePods and Appel TVs are devices that tend to be always connected to the internet. Therefore, they will provide a more reliable experience. iPads can be taken out of the home, and even if you’re not taking them all the time, they can lose their power, thus compromising the HomeKit Hub experience