Today was a big day for Apple device enthusiasts. After all, the company took the WWDC 2022 stage to unveil a bunch of novelties. The company unleashed iOS 16, iPadOS 16, watchOS 9, and even a new Apple M2 processor. Obviously, the company also presented the new version of macOS for its computers – macOS Ventura. The new update will reach the eligible Mac computers in the fall. If you have been expecting big novelties with the new macOS, keep expectations down. It’s certainly an improvement, but the visual style is intact with the update. 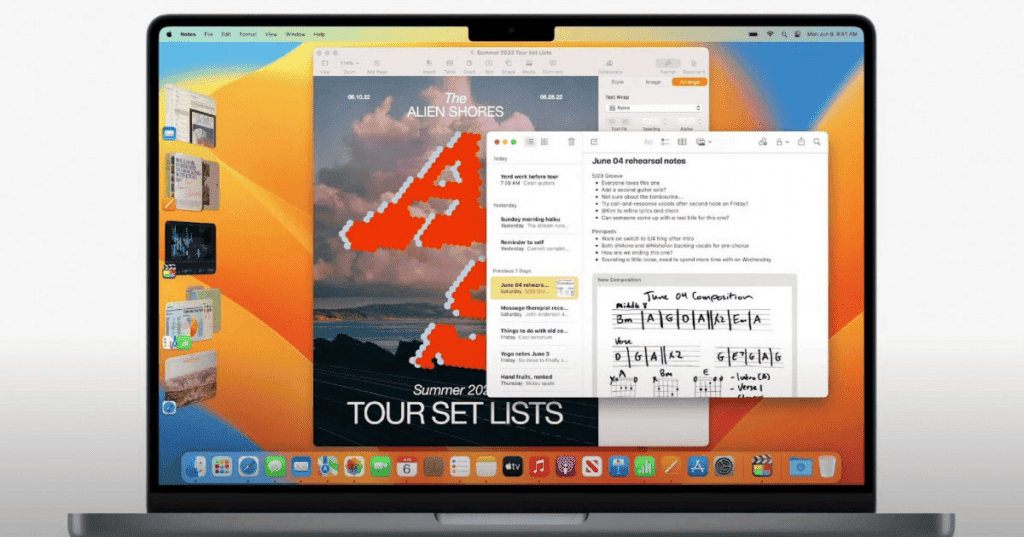 macOS Ventura brings Stage Manager as one of its biggest updates. To those unaware, it’s an overhauled version of Mission Control, that you enable from the Command Center. While Mission Control is used to show all the running apps on the screen, the Stage Manager will keep the currently-opened apps in focus and bunches the other apps by category to the side. Interestingly, the user can always be in this particular model and continue working on an app without interruptions. If you click on the app from the side, it brings it up in focus so you can quickly switch back and forth.

Continuity Camera – uses your iPhone as a webcam in macOS Ventura

macOS Ventura also introduces a new mode dubbed “Continuity Camera”. It allows you to use the iPhone as a webcam. The Mac will automatically recognize the iPhone and defaults to its cameras, instead of the built-in FaceTime Camera. The Continuity Camera uses the “ultrawide camera” on the iPhone to enable Desk View. It can show the person’s face, as well as an overhead view of the desk. Worth noting that the Center Stage, Portrait Mode, and Studio Light will also be available here. 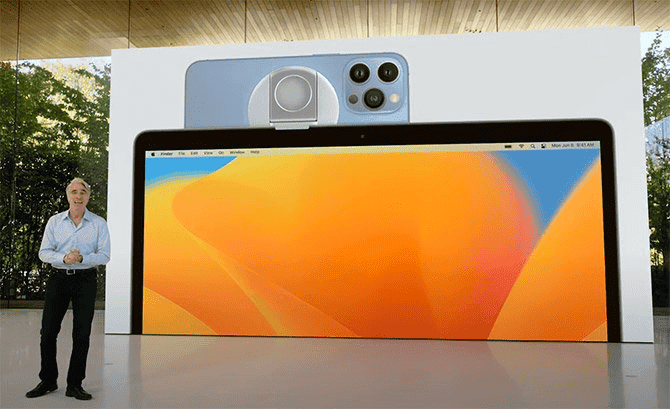 Apple already announced a partnership with Belkin. The latter will make special mounting accessories that will reach the consumer market later this year. Just imagine an accessory that conveniently allows you to attach your iPhone to the Mac. It’s probably coming soon. This may sound like a gimmick for some, but it’s interesting since it brings a super-powerful camera setup as a webcam, and also adds all the iOS 16 smart features to the account.

There is also FaceTime Handoff. It allows you to start a call on your phone and pass it over to the Mac once you get close. It’s also a neat feature that further strengthens the ecosystem Apple is trying to build between its devices. 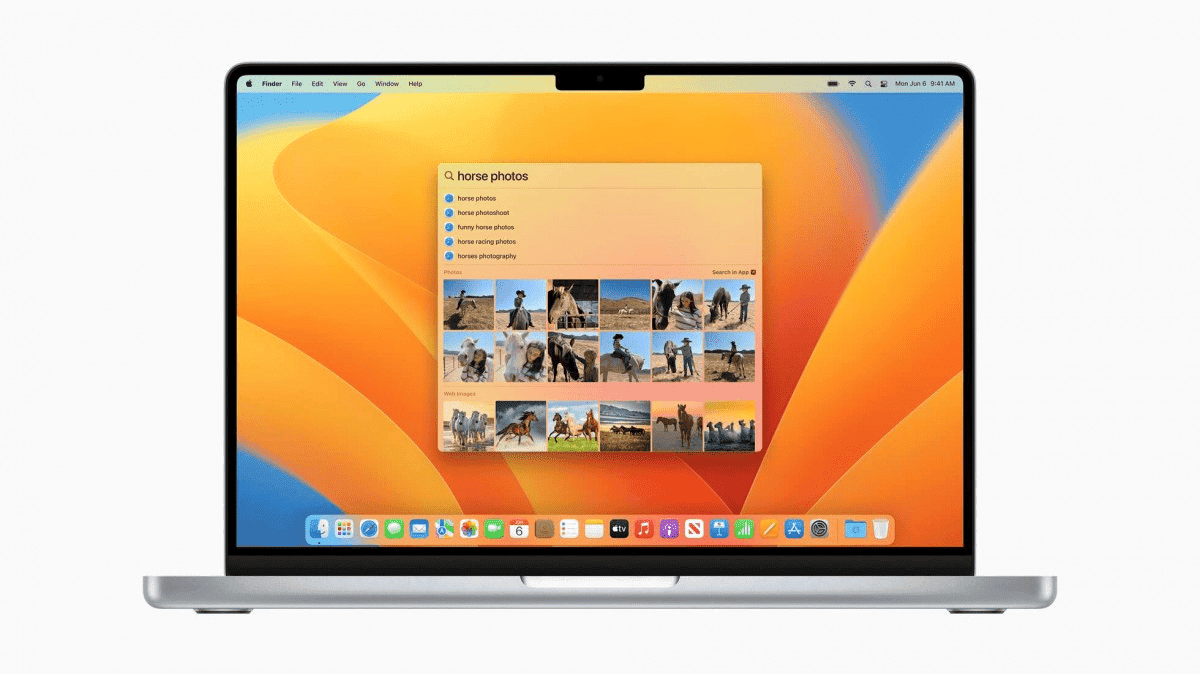 There are some neat improvements for Spotlight. It has gotten a facelift and it’s smarter. It also features a Quick Look for previewing files. Users will be able to find photos in the library by location, people, scenes, or even objects. The Live Text allows Spotlight to search for text within a photo. Interestingly, some of these are also available within iOS 16. And since we’re talking about iOS 16, the update for Macs also brings iCloud Shared Photo Library. It allows up to six users to create and collaborate within a separate photo library. 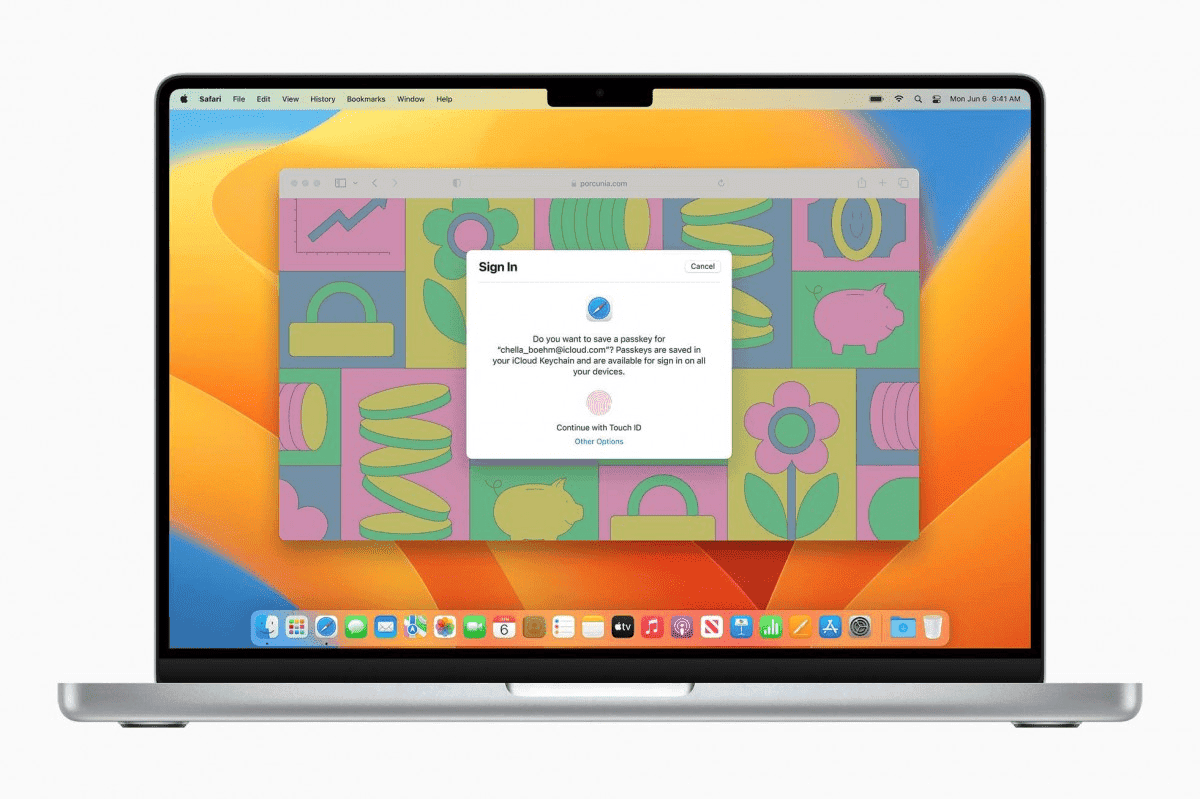 There is a new password-replacement feature landing within Safari dubbed “Passkeys”. They’re unique digital keys that are saved on the device. It allows you to sign in securely through Touch ID or Face ID. Passkeys will sync between Mac, iPhone, and iPad. It also supports Apple TV through iCloud Keychain, and it will work across apps and websites.

There is a new Metal 3 with MetalFX Upscaling. It allows developers to render difficult scenes at a lower resolution and then apply resolution upscaling with temporal anti-aliasing. It brings support for games such as EA’s GRID Legends and Capcom’s Resident Evil Village.

The members of Apple’s Developer Program can already download and install the macOS Ventura update right now. However, it may come with bugs. The beta builds will be available starting the next month. According to Apple, the final software will arrive this Fall. 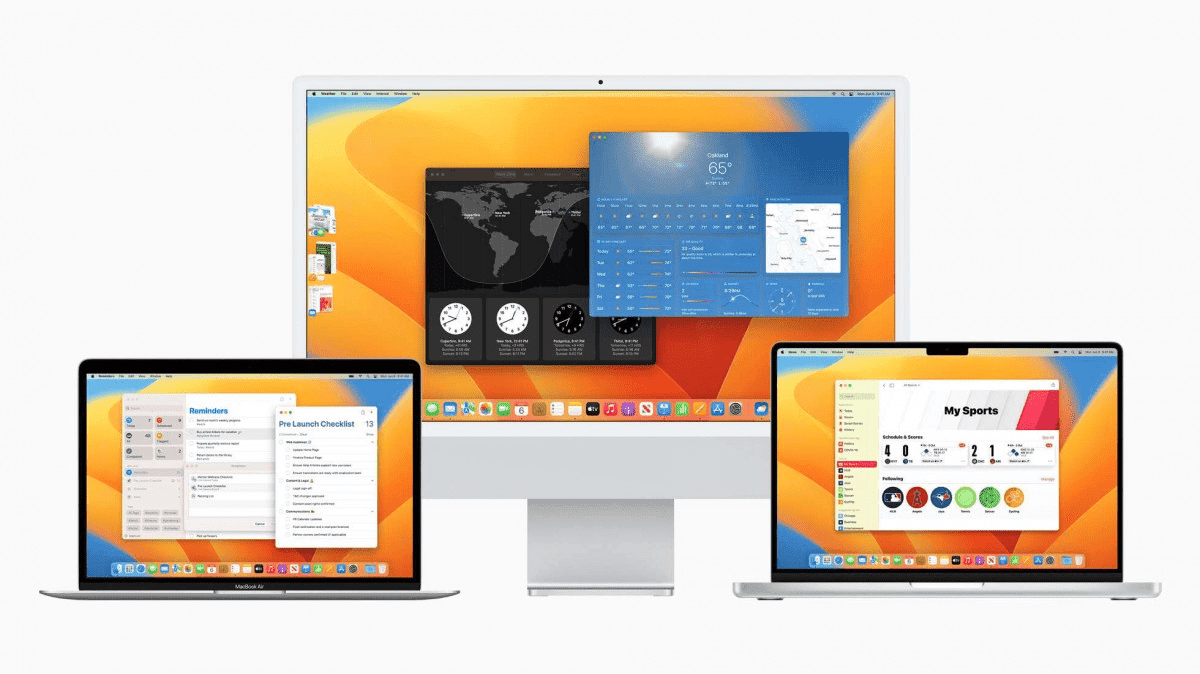 As for compatible devices, there is a good list of supported Macs. However, for those who own hardware older than five years old, it’s the end of the line. The oldest devices getting support are from 2017. So there is still support for Intel-based computers, but that will change soon as Apple keeps building its ARM-based ecosystem.

Next MacBook Air, MacBook Pro with Apple M2 CPU have been revealed