The main keynote talk for WWDC 2022 has just ended, and with it came new big releases of Apple software for all of Apple’s product categories. The hardware generations you’ll need to run the new software are listed below.

While previously iPhone 6s, iPhone 7, and the final iPod touch were supported, they were dropped this year.

iOS 16 is compatible with these models of iPhone:

To utilize iOS 16, you’ll need an iPhone that was released in the autumn of 2017 or later.

Three new watch faces, a new Heart Rate Zone and customizable fitness features, and a new Medications utility are all included in watchOS 9.

While the Apple Watch Series 3 was previously supported, it was discontinued this year.

These Apple Watch models are compatible with watchOS 9:

To utilize watchOS 9, you’ll need an Apple Watch that was released in the autumn of 2018 or later. 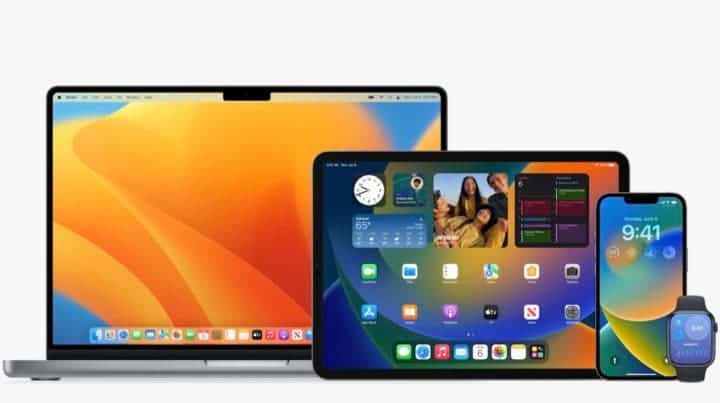 These Mac models are compatible with macOS Ventura:

The new iPadOS 16 includes the Stage Manager, improved external display compatibility, reference modes for the Liquid Retina XDR display, and the Weather app, among other things.

While the iPad Air 2 and iPad mini 4 were previously supported, they were no longer supported this year.

iPadOS 16 is compatible with the following iPad models:

To run iPadOS 16, you’ll need an iPad that was released in the autumn of 2015 or later and has at least an A9X CPU.

To summarize, all of your Apple devices in the ecosystem will receive the updated software if they were purchased fresh from Apple in the autumn of 2018 or later.

iPadOS 17 to improve the experience on bigger iPad Pro models