The new Apple MacBook Air features a flatter design and looks sleeker at a thickness of just 11 mm. It only weighs around 1.22 kg which is a very good weight for a laptop. The laptop does not need a fan, since the Apple M2 is efficient enough to keep things cool. It flaunts a 13.6-inch Liquid Retina Display with a notch at the top. It has 500 nits of brightness and 1 billion color support. The web camera has been updated to a model with 1080p.

The new MacBook Air brings a Magic Keyboard with a larger function key row. It also offers support for MagSafe charging. Alongside you get two USB Type-C ports and a 3.5 mm combined audio jack. As per the company, the battery can provide up to 18 hours of video playback. For media consumption, there is a new Quad-Speaker system integrated into the frame. 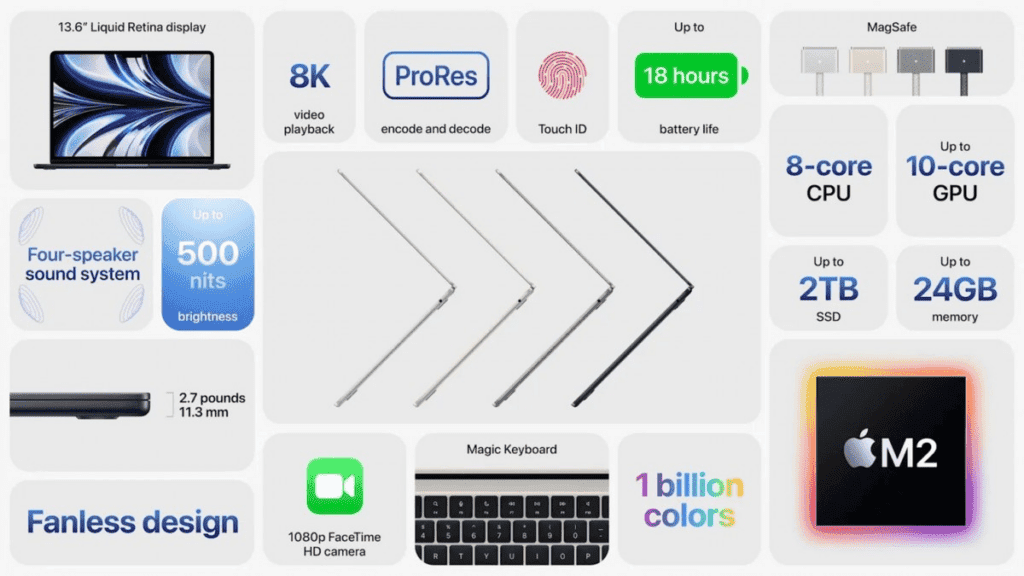 The new MacBook Air with Apple M2 comes in Space Gray, Silver, Midnight Blue, and Starlight Gold colorways. It comes with a matching MagSafe charging cable. It is also updated to support Fast Charging with the 67 W USB Type-C adapter. 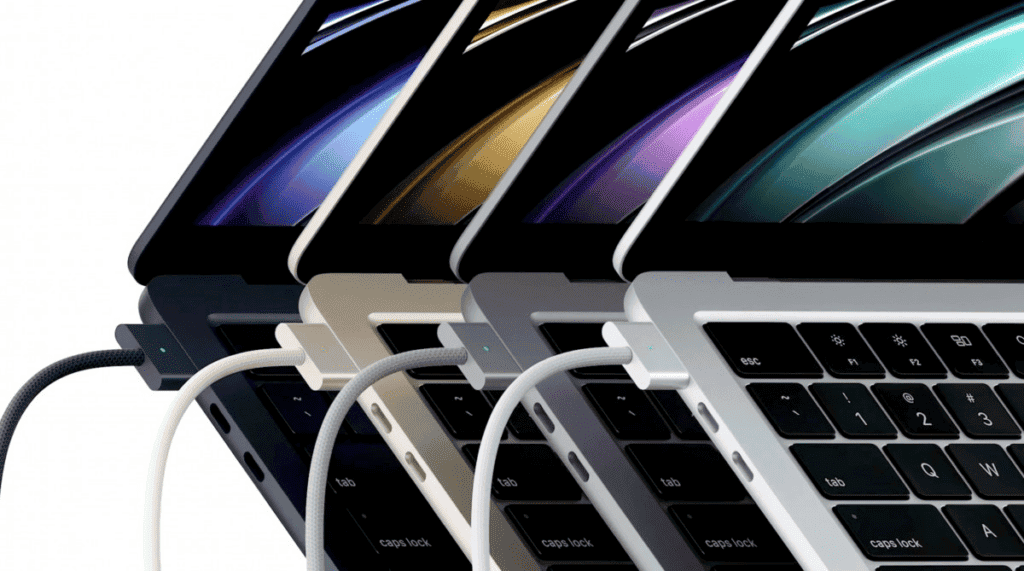 The new laptop will be available in July for $1,199 and can be configured with up to 2 TB of SSD storage and up to 24 GB of memory. Meanwhile, the Apple M1 MacBook Air will remain available starting at $999. 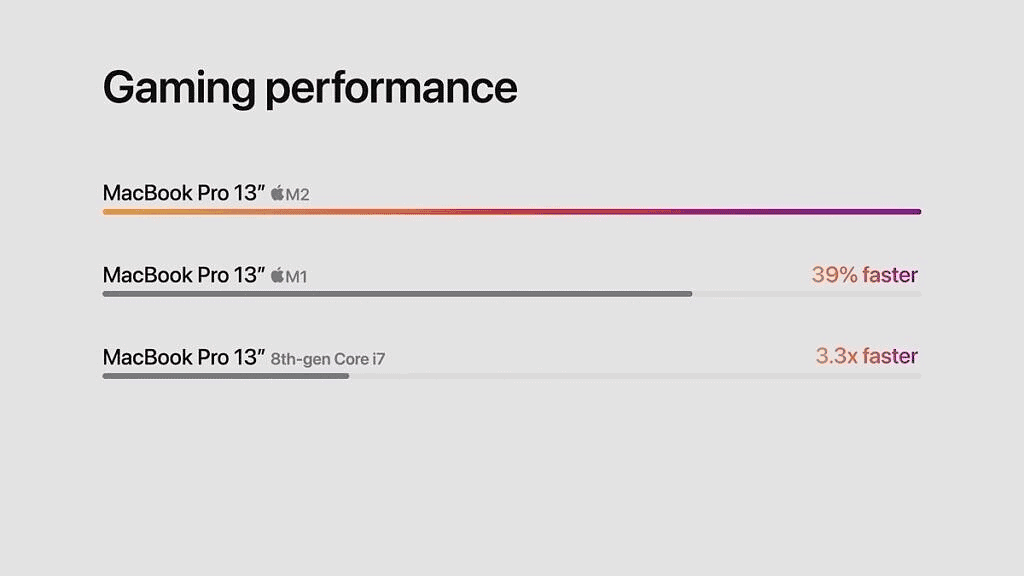 The new MacBook Pro 13-inch model is not getting a visual refresh. However, it gets all the benefits from the new chip. The computer has up to 24 GB of unified memory. According to Apple, it’s 39 percent faster in image processing and gaming when compared to the Apple M1-powered MacBook Pro. The laptop also has 40 percent more unified RAM memory. The laptop boasts Apple’s keyboard with Touch Bar.