Back in the last year, Motorola has made its return to the tablet segment. In fact, 2021 as a whole, was an important year for the tablet segment, especially those running Android OS. A lot of companies saw the demand for large-sized devices and decided to revamp their offer. Even Google has realized that Android needs optimizations for tablets and brought Android 12L. Xiaomi is also another company that returned to the segment and is planning a new 2022 edition. However, going back to Motorola, the company is trying to expand its portfolio in the tablet category. Now, a new leak suggests that the brand has been gearing up to introduce a new Moto Tab G62. The device should sit below the Moto Tab G70 launched earlier this year and will even bring a 4G variant.

For now, not much is known about the Moto Tab G62, but some details have been spotted on the Google Play Console listing. The device has two model numbers – XT2261-1 and XT2261-2. Taking a good look at the marketing names for these two, we assume that the second one carries 4G connectivity. 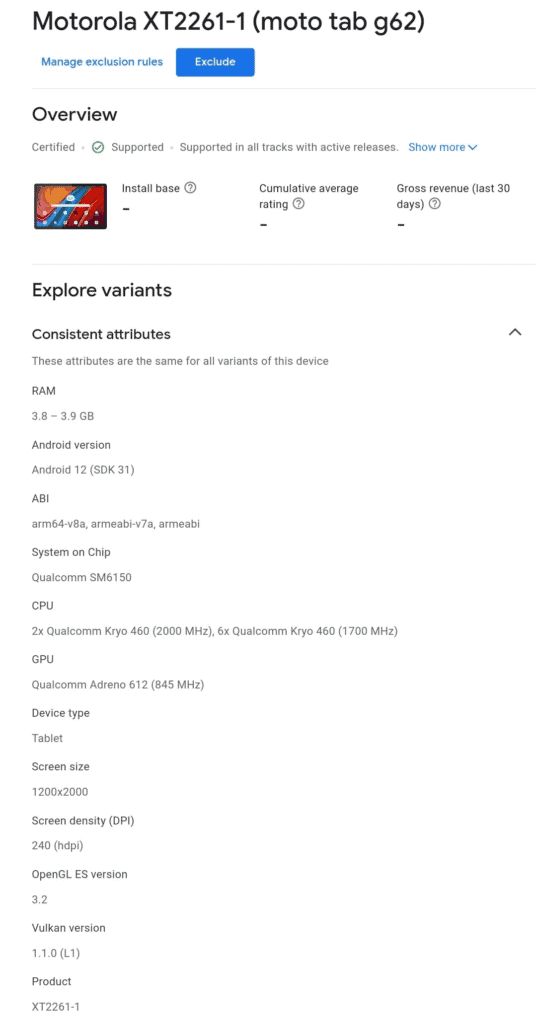 The tipster Abhishek Yadav also came with some details on the product. Unfortunately, the device won’t be known for bringing cutting-edge hardware. According to the leakster, the Wi-Fi variant will carry the Qualcomm Snapdragon 678 SoC. Meanwhile, the 4G variant will have the older Snapdragon 665. These chipsets are really old and haven’t been used for a while now. But if there is still room for Helio G80 devices, we can’t blame Motorola for picking old Qualcomm SoCs. 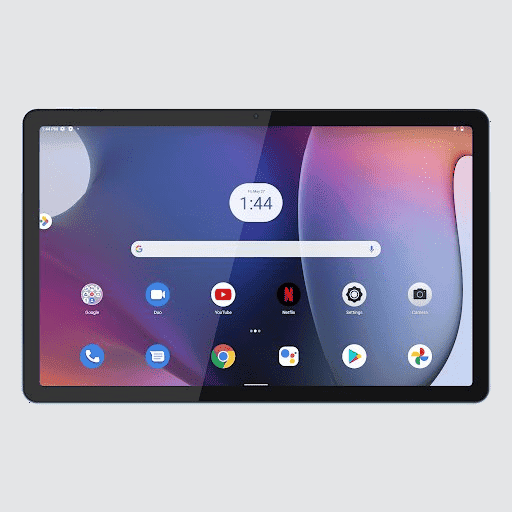 The SoC will come with 4 GB of RAM and will run Android 12 straight out of the box. We can expect the base variant to come with 64 GB of Internal Storage plus micro SD card expansion. Unfortunately, the display’s size is unclear, but it boasts a 2,000 x 1,200 pixels resolution. Worth noting that the Moto Tab G70 brings a huge 11-inch panel and has a 7,700 mAh battery with 20 W fast-charging. The Moto Tab G62 may sit below these specs.