Qualcomm has recently unveiled the Snapdragon 8+ Gen 1 SoC, and some may think that it’s too soon to hear about the Snapdragon 8 Gen 2. However, nothing can prevent the company from evolving with its chipset lineup. Since 2021 was occupied by the Snapdragon 8 Gen 1 generation, then naturally, the SD8 Gen 2 will take the helm in 2023. We already know exactly when Qualcomm will reveal its next big thing for flagship smartphones. The company has announced it will hold its Snapdragon Summit event from November 14th to 17th. 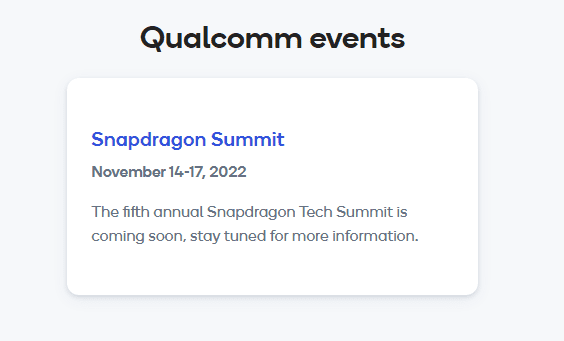 The Snapdragon Summit is Qualcomm’s biggest event every year since it serves as the stage for new flagship Snapdragon reveals. Therefore, we expect the US-based chipmaker to unveil the next generation SM8550, or Snapdragon 8 Gen 2 giving to the company’s new nomenclature. 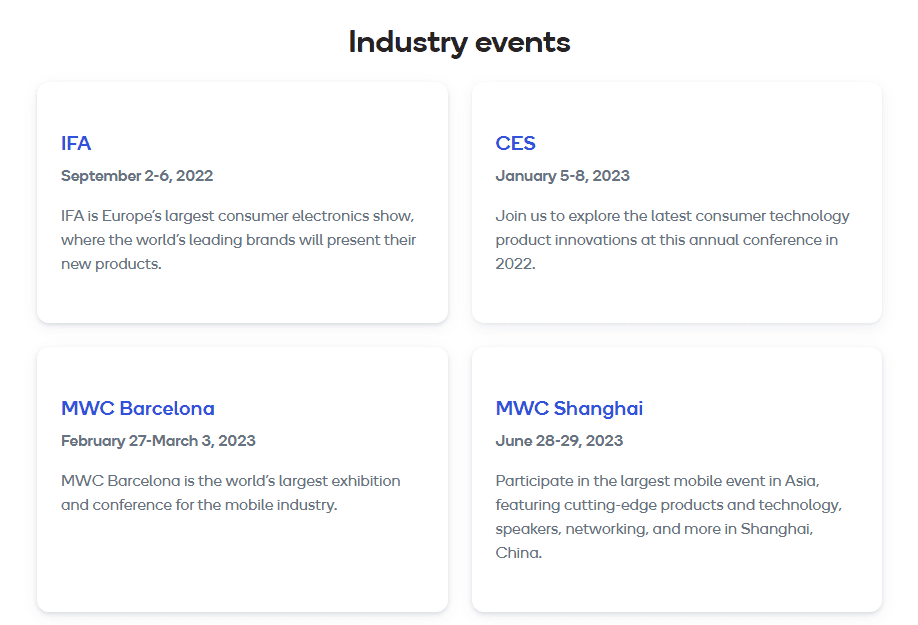 Worth noting that Qualcomm has basically confirmed all events it will attend in this year and in the next year. The company will participate in the European IFA Consumer Electronics Show on September 2. We expect new products to pop out, especially for the mid-range lineup that is already asking for new chips. In addition, Qualcomm will also participate in CES 2023, MWC Barcelona 2023, MWC Shanghai 2023 and etc.

For now, there aren’t many details about the Qualcomm SD8 Gen 2 SoC, but we already know it’s coming from TSMC. After a bad experience with Samsung’s manufacturing process, Qualcomm switched to TSMC and that gave birth to the Snapdragon 8+ Gen 1 SoC. The Plus variant is 10 percent faster and 30 percent more efficient than its predecessor. As per the rumors, the Snapdragon 8 Gen 2 will still use the 4 nm manufacturing process, so we expect only incremental upgrades. We expect Motorola, Xiaomi, and Samsung to be among the first brands to use this particular chipset.