Huawei has officially announced that it will hold a summer launch event. At this event, the company will unveil the Huawei nova 10 series as well as other new products in Huawei’s chain. According to the company, this event will hold on July 4. According to a Weibo tech blogger, Huawei will announce the HUAWEI Tag tracker at this conference. The report claims that Huawei’s July 4 press conference will host the HUAWEI Tag tracker. According to him, this device has not entered mass production as of now. In addition, Huawei will also announce the launch time of the Huawei Router Q6 and the new colour of the Huawei P50 Pocket. 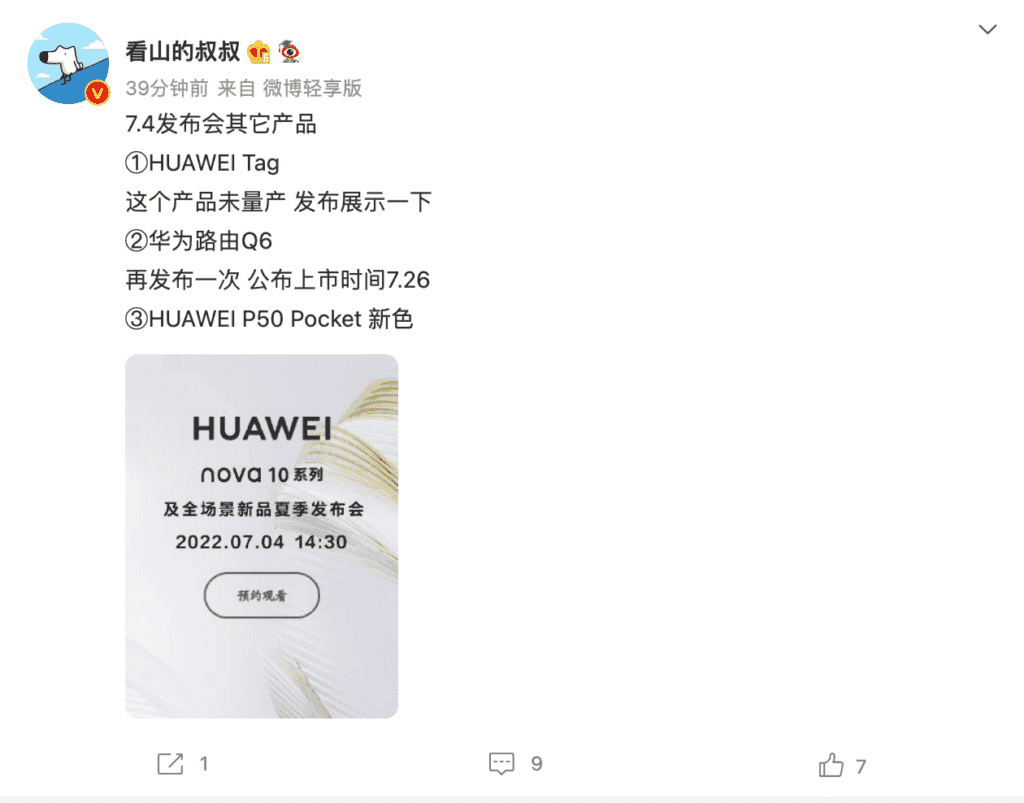 According to previous revelations, “HUAWEI Tag” seems to support ultrasonic short-range precise search in addition to conventional Bluetooth. Previously, “HUAWEI Tag” appeared in the introduction of the relevant permission setting interface of the cloud space app. The summer launch of Huawei’s nova 10 series and all-scenario new products will be held at 14:30 on July 4th.

At the Huawei Mate Xs 2 global product launch back in May, Huawei launched a professional motion sensor – Huawei S-Tag. This device is a compact and feature-rich smart tag with similar functions as the AirTag. Unlike the Apple AirTag, the S-Tag is designed for specific sports scenarios and can detect sports data when connected to smart devices such as smartwatches or smartphones. Recall that in November last year, the company applied for the Huawei S-Tag trademark. The S-Tag comes with a 9-axis sensor that can control running techniques by reading the movements of the user’s feet and waist. The sensor will analyze 13 parameters to help achieve the perfect running technique. By collecting data during exercise, the device provides users with professional advice. Huawei collaborates with the Chinese Academy of Sports Sciences to give users professional advice.