If you have ever tried to use a capacitive touch screen in a humid environment or with wet hands, you know that its behavior is, in these conditions, very complicated. Either the screen does not capture your finger when you touch it, or it records no real interactions, which can have as a consequence on the interface (untimely opening and closing apps in particular). It seems that Apple is thinking of resolving this issue in the future.

Activate a swimming program on a connected watch? Impossible. Answer a call after cleaning a smartphone? Infeasible. Writing a message in the rain? Very complicated. And yet, these are not delusional uses. These are rather commonplace situations. But the nature of today’s touch screens prevents us from taking advantage of them. Fortunately, Apple might have the solution.

The USPTO, the American agency responsible for intellectual protection, validated on June 28, 2022 a patent that the Cupertino company filed in March 2021. It bears the name “modification of the operation of an electronic product during exposure to humidity”. In the description, Apple explains how a capacitive or pressure-sensing screen can change its mode of operation when covered in water.

The firm even goes a little further by integrating a humidity sensor that would be able to measure the amount of water on the touch surface. Thanks to this detector, the screen would be able to modify the way it detects an interaction with the user. The document includes the illustration that you can find below. The drawing shows an iPhone held by a user filming a scene in the sea. On the iPhone screen, you can read ” Wet Mode ” on the interface.

Read Also:  Apple is forcing you to buy the iPhone 14 Pro models - see how 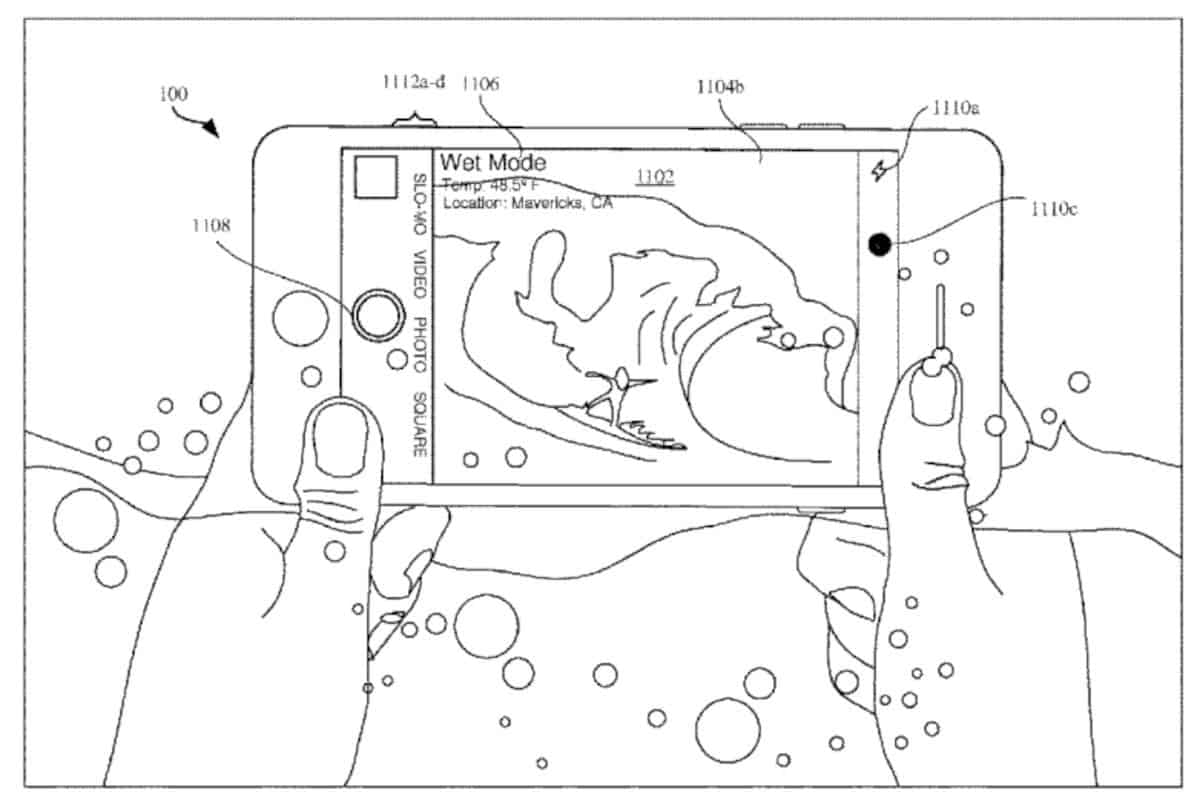 It remains to be seen whether this project will really succeed and which electronic devices will benefit from it. The iPhone obviously seems included in the list. But the Apple Watch should be too. Remember that all iPhones are certified IP67 or more since the iPhone 7 and 7 Plus. Sealing was provided by removing the mechanical Touch ID button on the front, which then became a touch surface with a pressure sensor.

Previous Here is why Tesla formed a "hardcore litigation department"