After much anticipation, fed by teasers and leaks, ASUS is here to present its new ROG Phone 6 series. The new gaming smartphones bring the best the smartphone segment can offer in terms of hardware. They bring the recently unveiled Snapdragon 8+ Gen 1 SoC and an impressive 18 GB of RAM mark which is exclusive to the gaming segment right now. The company presented two new smartphones, the ROG Phone 6 and ROG Phone 6 Pro. These devices are the first of a wave of new gaming phones being launched this month. The devices share some similarities with a few tweaks for the Pro variant to make it stand in the duo.

Both ROG Phone 6 and 6 Pro bring the same 6.78-inch AMOLED screen with Full HD+ resolution and a whopping 165 Hz refresh rate. Worth noting that you can manually adjust the refresh rate all the way down to 60 Hz if you want to conserve energy. They have a 720 Hz touch sampling rate and an impressive peak brightness of 1,200 nits. There is a good coat of Corning Gorilla Glass Victus to withstand scratch. 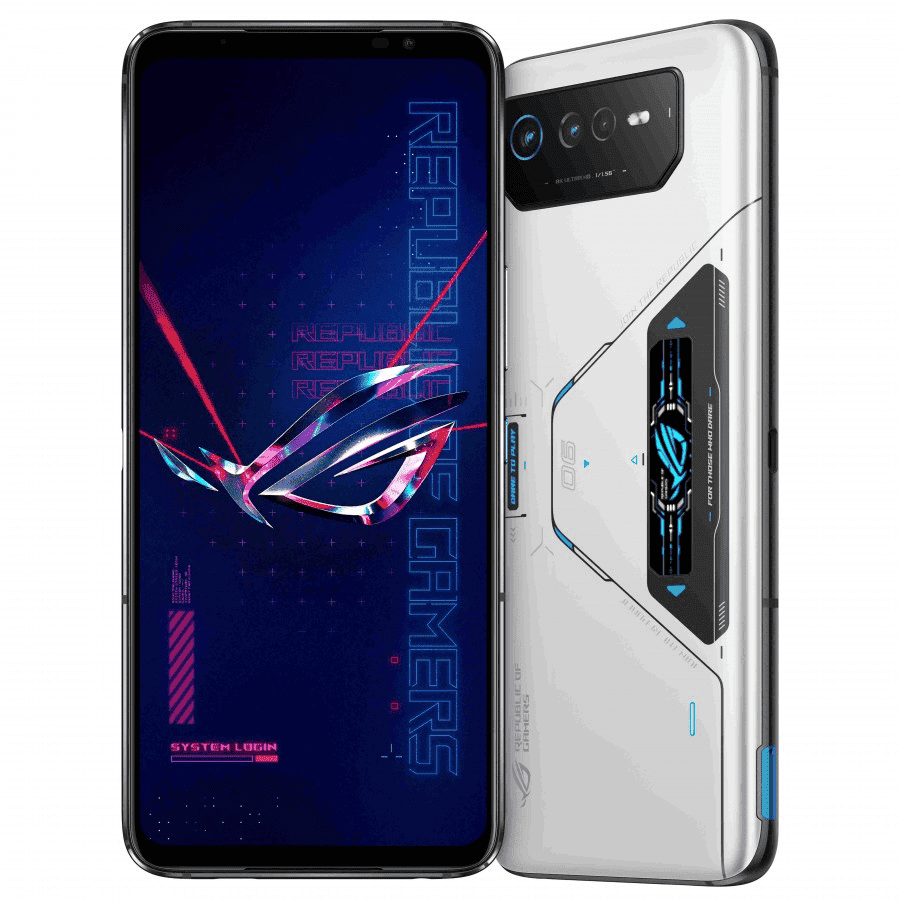 In terms of hardware, no big surprise. As expected, both phones pack the Qualcomm Snapdragon 8+ Gen 1 SoC. The ROG Phone 6 has 12 GB and 16 GB RAM variants, while the Pro gets one more variant with 18 GB of RAM. The storage is either 256 GB or 512 GB of the UFS 3.1 standard. Asus ensure maximum performance with this chipset thanks to the optimized cooling system. According to the Taiwanese brand, it can lower the CPU temperature by up to 10 ºC. 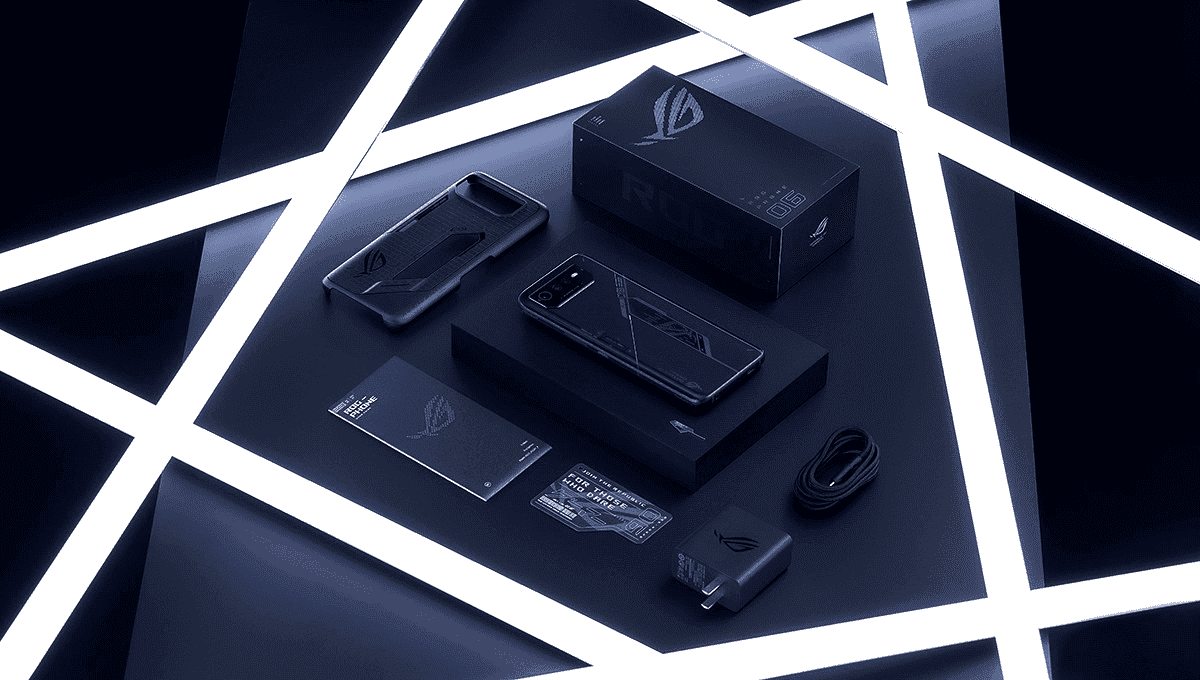 In terms of optics, the ASUS ROG Phone 6 series bring a 50 MP Sony IMX766 main camera, a 13 MP ultrawide module, and a 5 MP macro shooter. There is a selfie shooter that uses Sony IMX663 with 12 MP resolution. Of course, the camera capabilities aren’t the focus here, but the setup will get the job done in a pleasant way.

A beast for performance, multimedia, and gaming

The devices bring the programmable AirTrigger ultrasonic buttons on the right-hand side and back of the phone. It allows you to map your controls in games that offer support for it. There are also dual front-facing speakers, triple microphones, Dirac Virtual Audio, and a Headphone jack. As previously teased, the phone also has IPX4 splash resistance.

Both smartphones use a 6,000 mAh battery with support for 65 W fast-charging thanks to dual-cell technology. There are two USB Type-C ports, one sits at the conventional bottom, while the second is placed on the side. The phone runs Android 12 with ROG UI and ASUS Zen UI. 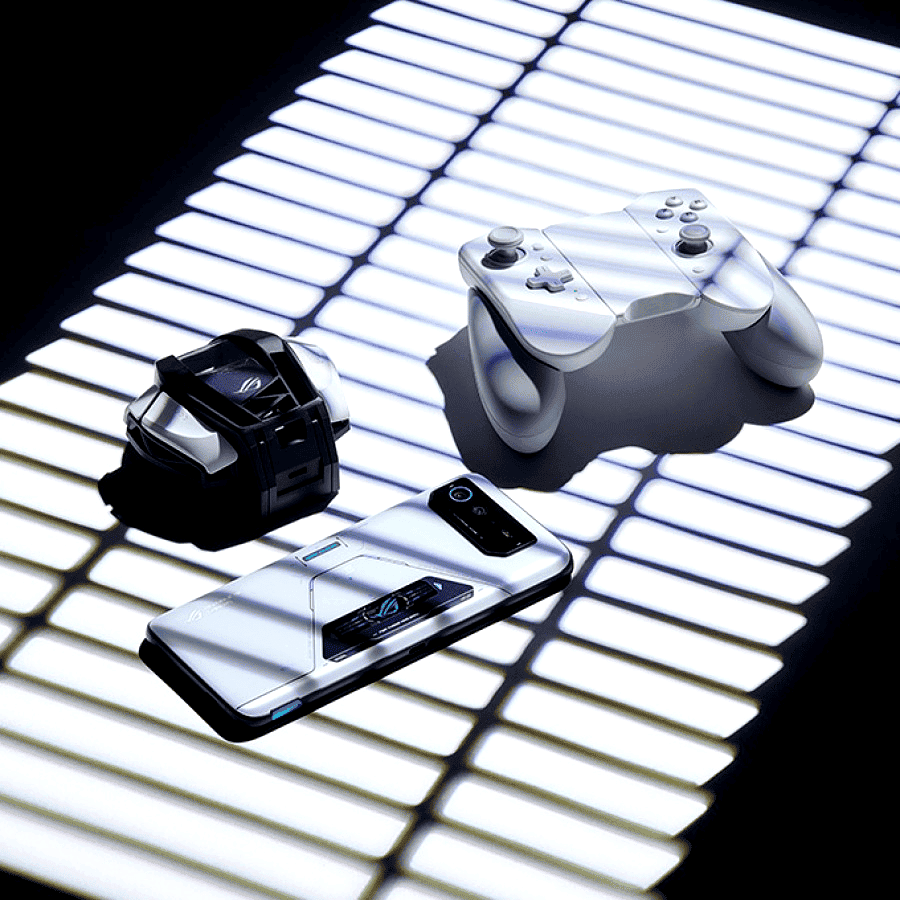 Worth noting that the ROG Phone won’t stay alone for a long time. Black Shark, Lenovo, and Nubia are also preparing gaming smartphones for July.