Apple iPhones are generally known for being high-end devices with good build quality, but Apple was once again able to prove the solidity of its iPhone smartphones in the midst of the war between Russia and Ukraine since one of its smartphones managed to save a soldier.

While Apple Watches regularly save their owners by sending alerts and warning messages, the iPhone 11 Pro has also played a role of bodyguard, using its chassis to thwart a dangerous projectile and prevent it from killing its owner. This is not the first time that this has happened, because we had already seen last April that an Android smartphone saves another soldier.

Shared on Reddit, a video shows an alleged Ukrainian soldier taking his iPhone out of his backpack. The video focuses on the damaged phone, which has a bullet stuck inside. As incredible as it may seem, the 2019 model served as a bulletproof vest. As a reminder, it has Corning glass and a stainless steel structure. It’s a very durable device, as several drop tests have shown. 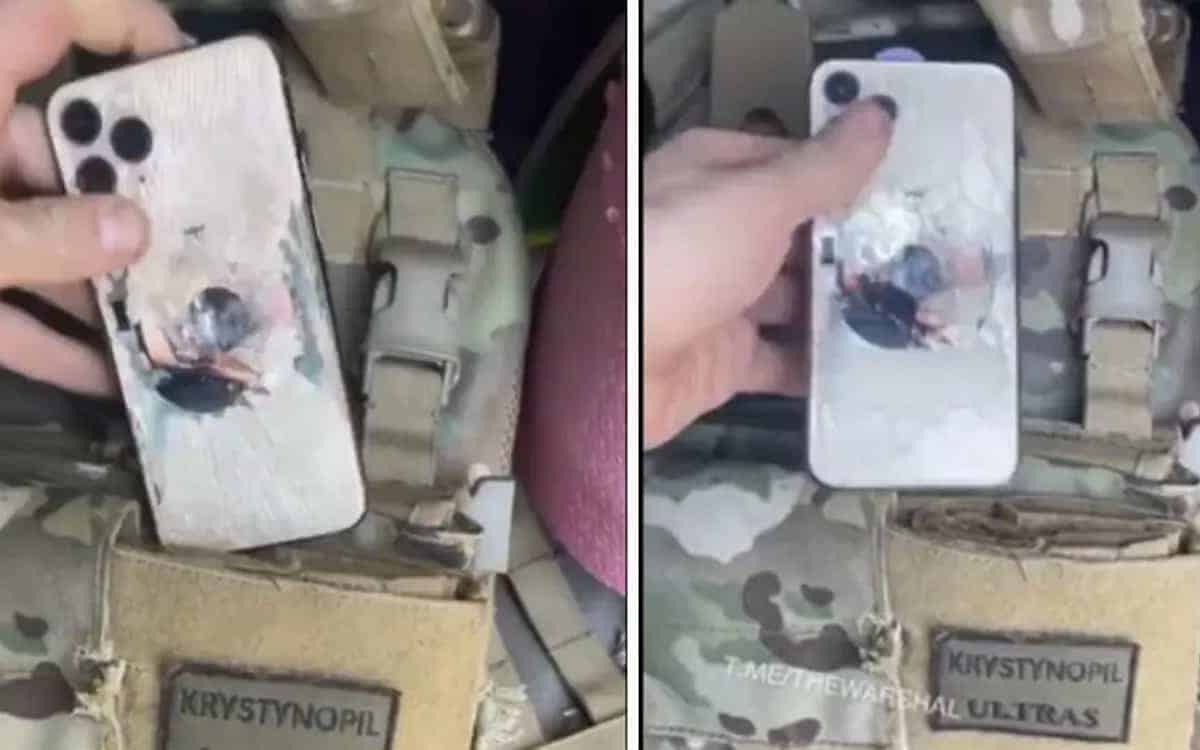 The individual who uploaded the clip, u/ThaIgk, also joked that instead of using plate carriers as body armor; Russian soldiers should start wearing iPhone and MacBooks in their vests. Given the build quality of MacBooks, they should actually at least be able to absorb a bullet or two.

Anyway, it is worth remembering that beyond protecting bullets, smartphones have totally changed the way we approach global military conflicts. Indeed, we know that Ukrainian devices are now able to receive alerts in the event of Russian bombings. Some Ukrainians also reportedly relied on Apple’s Find My iPhone feature. Specifically, to help them locate their stolen property after the Russians ransacked their homes, which is a good use of the feature.