Recently, Apple’s iPhone’s SOS has made another contribution. A snowboarder has praised the iPhone for saving his life and its emergency SOS feature. He claims that the feature put him in touch with emergency services after falling into a crack. Last month, ski enthusiast and personal trainer, Tim Blakey was skiing on a glacier near Zermatt, Switzerland, when he ran into trouble on one descent. During the decisive solo descent from about 10,000 feet, he fell into a hidden crack in the snow. 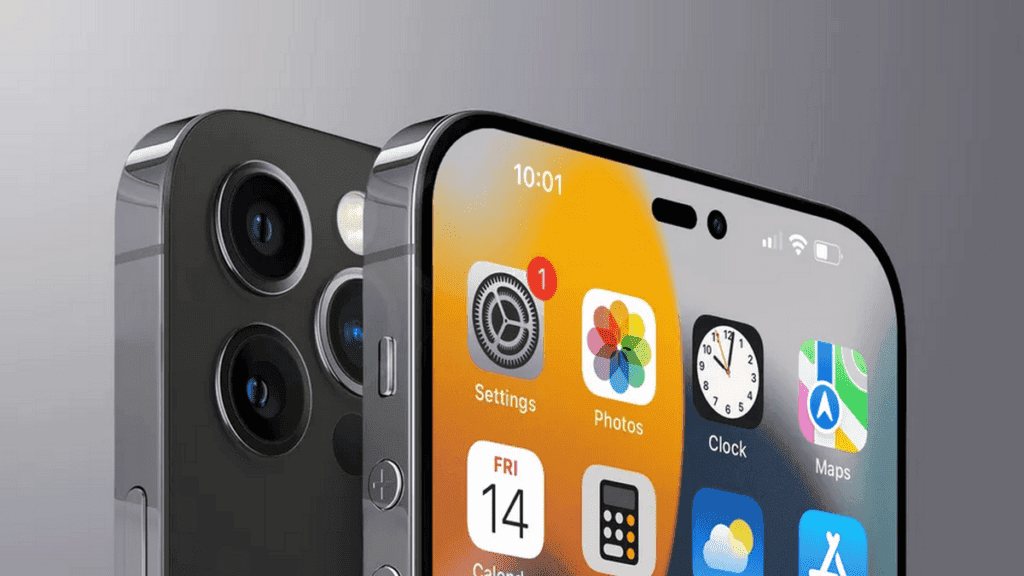 His fall was blocked at 5m by a flimsy snow bridge, which restricted his movement as he tried to get out of the situation. When checking his iPhone for help, he found that its battery was only 3 percent, leaving him with limited options for getting help. Faced with minimal battery, he remembered that he could call emergency services on his iPhone using the Emergency SOS feature. This feature also sends text messages of the iPhone’s location to emergency contacts as well as emergency services.

Rescuers arrived quickly and pulled Blakey out of the gap before taking him to the hospital for treatment of the ankle injury.

In recounting the incident on Instagram, the snowboarder thanked the rescue team and said he didn’t know how to repay them. “Maybe the first step is to make people aware of the amazing work these guys are doing on the mountain and make other people realize not to be as careless as I was,” he said. “ 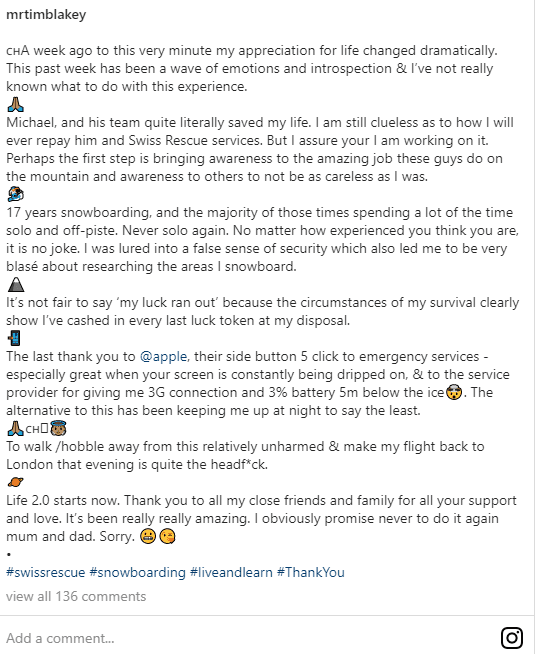 Tim Blakey went on to thank Apple for “their side button 5-click emergency services,” which “works especially well when your screen is constantly dripping with water”. He also thank the cell phone operators for “providing a 3G connection with 3% remaining under the ice”.

A recent tweet from Ming-Chi Kuo reads, “Face ID under the display will appear in 2024 (iPhone 16), and this timing is not so much a technical issue as it is a marketing purpose.” However, Ming-Chi Kuo only predicts that in two or three years, Apple itself may not be able to determine whether to adopt mass production…

Previously, display analyst Ross Young said, “Under the display Face ID will appear on the iPhone (16), while under-display Touch ID will not appear…”