Chinese Telecom giants Huawei has held their Summer 2022 Smart Office Launch event in China. As promised, the event took place on the 27th of July 2022 where different products were announced by Huawei. One of the main highlights of the event was the announcement of the Huawei MatePad Pro 11 tablet. According to Huawei, the MatePad pro 11 stands out amongst all the other tablets in the world. Measuring just 5.9mm, this tablet PC happens to be thinnest tablet you can find on the market. Also, there is no tablet out there that weighs lighter than the Huawei MatePad Pro 11 which has a weight of just 449grams. 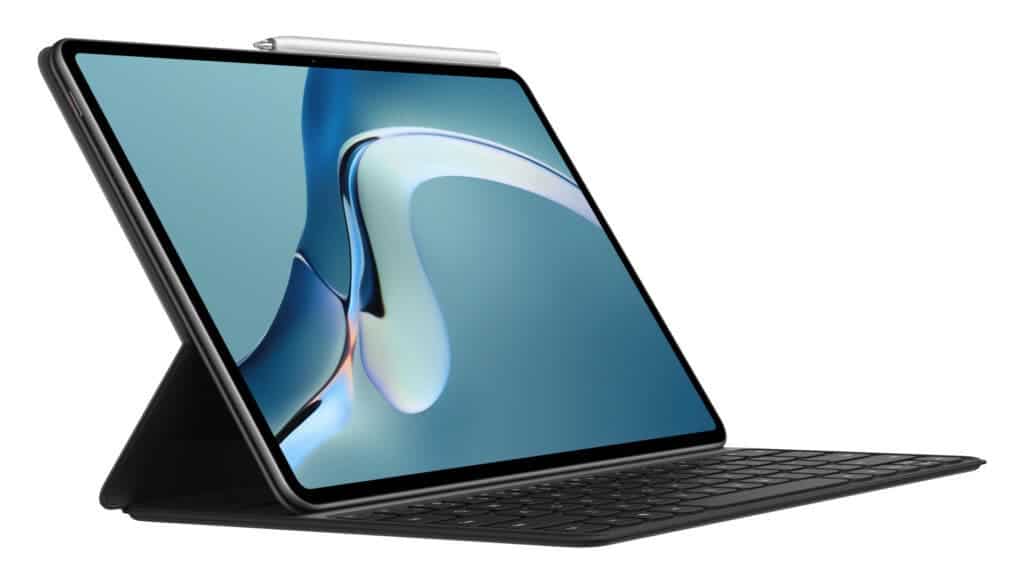 Wait a minute, it is not totally the lightest neither is it the thinnest tablet PC per say. The apple iPad pro 11 2021 also has the same thickness of 5.9mm and Samsung also has a couple of tablet out there weighing 449grams. A notable example is the Samsung Tab A 9.7″. So, Huawei may be right to call the MatePad Pro 11 the lightest and thinnest but in actual fact, they share with both Apple and Samsung in each category respectively.

Specs Of The Huawei MatePad Pro 11

CEO for Huawei Consumer Business Group Richard Yu made mention of the chipset powering the MatePad Pro 11 to be the Snapdragon 888. But checking from their website, two variants have been listed with the other variant housing in Snapdragon 870 SoC.

To keep the tablet always running at a lower temperature, it comes equipped with 3D graphene and vapor chamber. Apart from having three different storage options of 128GB, 256GB and 512GB to choose from, you also get an optional RAM of 8GB or 12GB alternatives. 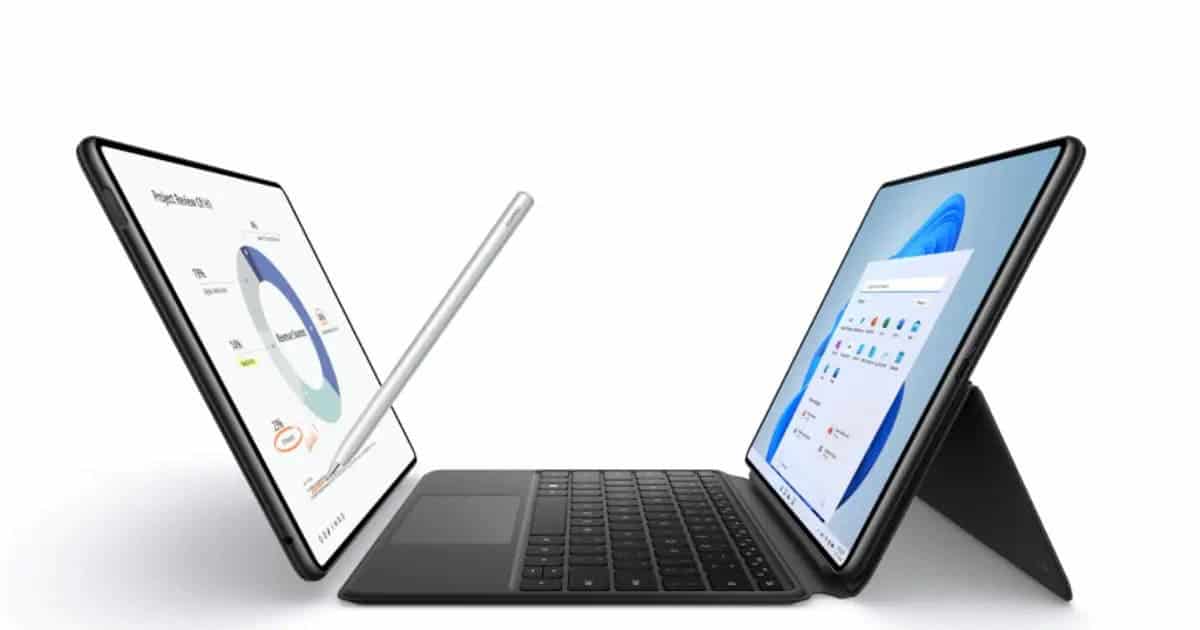 The interesting part of this table is that, it comes with Huawei’s latest edition of the HarmonyOS 3.0 out of the box. As fluent as the HarmonyOS 2.0 has been, the HarmonyOS 3.0 even brings more fluency and better productivity features. One feature they call ‘Card Folder’ allows you to stack a group of widgets laying on top of each other. This keeps the home screen looking clean and organized. Multitasking has become even easier with the HarmonyOS 3.0. With the latest edition of HarmonyOS, you can keep two apps opened side by side whist two other apps run on the same interface as floating bubbles.

When it comes to the sound quality, you are assured of  an immersive cinematic audio experience with dual tweeter speakers and quadruple sub-woofers mounted within the MatePad Pro 11.

It comes with a battery capacity of 8,300mAh which has endurance capacity of 11.5 hours of video playback. Even though the SD888-powered model supports Huawei’s 66W SuperCharge, it only ships with a 40W charger. The SD870 one with 40W FastCharging technology also comes with a 22.5W adapter.

On the rear side of the tablet, there is a dual camera setup which features a 13MP main sensor  and an 8MP ultra wide. The front-facing camera comes with 16MP sensor.

The Huawei MatePad Pro 11 will be available globally in some few weeks time. The base model which is 8/128GB will cost CNY 3,300(€481). The higher end model which is 12/512GB will come with an M-Pencil and a smart keyboard. It will sold on Chinese E-commerce site Vmall for CNY 7,700. Unfortunately, this model will only available to the Chinese market, at least for now.

Next ASUS ZenFone 9 arrives with 5.9-inch Display and Snapdragon 8+ Gen 1