On Sunday night (24), a Netflix commercial in Brazil was shown and “broke” viewers’ TV. Of course, this wasn’t real damage but was enough to make some buzz and freak users out. Twitter was filled with posts from people who were scared by the ad and, in fact, believed that their TVs were broken.

“The scare I got in this @NetflixBrasil commercial” and several other similar comments were published on the social network. In addition to that, users have uploaded photos of their reactions. The company itself, of course, also published that it was all just an advertisement to calm people’s hearts.

What happened with the latest Netflix ad?

The Netflix commercial that “breaks TVs” was actually to publicize the premiere of the new action movie The Hidden Agent. The production, which until then is the most expensive of the streaming company, has in the cast names like Wagner Moura, Ryan Gosling, Chris Evans, Ana de Armas, Jessica Henwick, and others. It was a smart move from Netflix since it generated some “engagement” and “reactions” through social media. Obviously, it’s positive for the company to have a lot of users commenting about itself through social media. 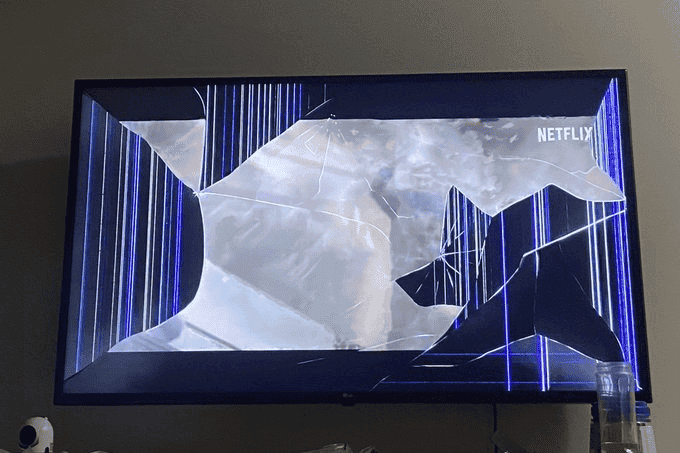 Netflix has been facing a crisis in recent months due to a massive loss of users. The company has been seeing a drop in revenue due to this loss, however, it has been blaming things like the “password sharing” practices. Netflix has been trying to counter password sharing, but not even the investors believe that this is the real reason. We can cite other causes such as the growing competition and the ongoing economical crisis with inflation rising.

Netflix is developing counter-measures to attract more users. There is even an ad-supported cheaper tier that will get the aid of Microsoft. However, there is still no launch timeline for the new tier.